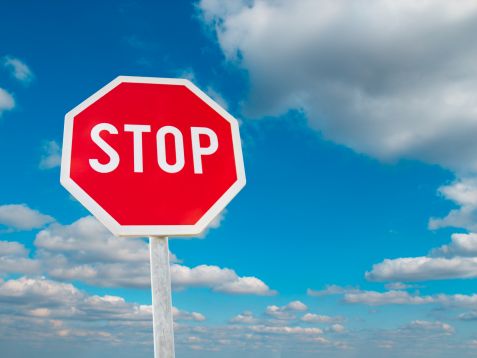 According to Krzysztof Łada, head of the Agency Relations Team at the Polish branch of Gemius, adblock users already account for 30 per cent of all Internet users. Adblocking can be compared to a disease that affects the whole advertising industry. The L.E.A.N program implemented by IAB can be an effective cure.

For many publishers this disease can be deadly if appropriate steps are not taken. Those who like simple solutions will be disappointed. There is no one effective solution to fight adblocking. There is, however, a whole list of actions that can be taken in order to minimize losses and recategorize this disease from deadly to chronic.

To understand this situation, we need to look at its roots. Adblocking tools have existed from the beginning of the commercialized internet; however, their use has been marginal for a long time. Internet users tolerated advertisements, regardless of whether they were more or less integrated into the design of websites, until they suddenly moved to the foreground. This situation was caused by advertisers demanding ever better results, forcing publishers to outdo each other in inventing more and more aggressive advertisements designed to reach the minds of internet users. Pop-ups clogging up the whole space and autoplaying ads tested,  every day, the pain threshold of every internet user. This led a group of users to find a remedy for this situation in the form of adblock. With each passing day the group expanded and when it reached critical mass, it started growing exponentially like a rolling snowball.

Adblocking is not the answer

Today when the milk has already been spilt and adblock users account for 30 per cent of the entire internet, it is of no use to just block their access to website content, because they can simply leave it and go to another one. Giving up invasive content will not help the situation, as on the one hand adblock users will not even notice it, as they already block all advertising content; and on the other hand – internet users do not view the internet as being composed of individual publishers, but rather as a whole, and so do not turn adblock on just for individual websites but enable it for the entire internet. Hence, just one advertisement-crazy website is enough to make users block the rest of them. It is not enough to just build awareness of the dangers of aggressive advertising both in the industry, as well among the users themselves; as such a process would be long-lasting and the results would not be spectacular. Many would not have the patience for it.

Will the new standards in advertising guarantee success?

The situation is not hopeless; although, the above mentioned solutions – when used separately – may have limited effectiveness. When they are applied comprehensively; however, and as widely as possible, they can tangibly reduce the entire problem to a level that will no longer be a threat to the very existence of individual market participants. There is a light at the end of the tunnel: L.E.A.N. This initiative is promoted by the American IAB and supported by the Polish division of IAB, which appointed special task teams for this purpose. The teams will focus on developing new advertising standards, educating the market and cutting off websites with illegal content from advertising sources of funding. Will it be enough? It is too early to guess, as such work involves time and the  broad cooperation of the entire market. Is our industry capable of such far-reaching cooperation and long-term persistence? Can this long-term goal compete with the short-term necessity of meeting sales budgets? Let’s hope so, because as grandiose as it may sound, the condition of a multi-billion dollar industry and thousands of jobs rely on it.