In Ukraine Facebook grows at the expense of Russian competitors 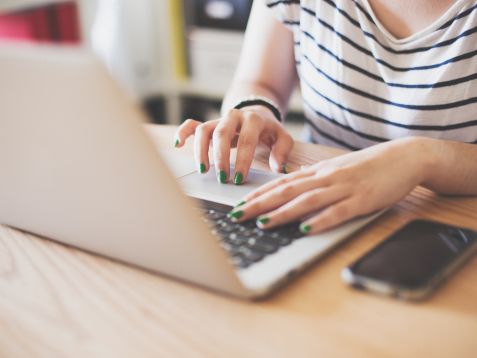 The second quarter of 2017 has seen a re-shuffle in the ranking of the most popular social networking sites in Ukraine. The Russian-origin sites: Vk.com and Ok.ru have recorded drops in numbers of visitors in recent months, while Facebook.com is on a gradual upturn.

Over the past two months, the number of Ukrainian internet users visiting Vk.com has almost halved. While the site was visited by nearly 13 million people (67 per cent of web users) in April, in June that figure was just under 7 million (36 per cent). The drop in popularity was accompanied by a fall in the time per user spent on the site. April session durations on Vk.com came to about 3.5 minutes, and June durations to only 2.5 minutes. 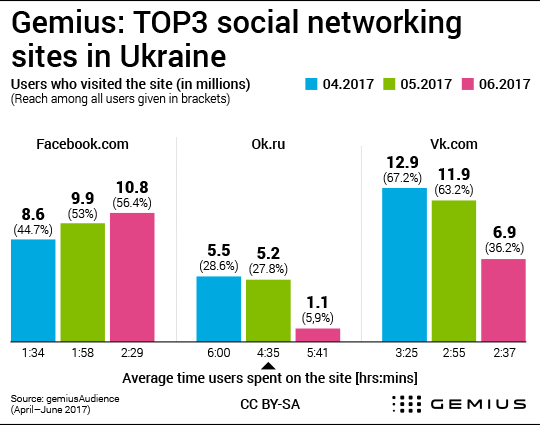 A drop in number of visitors – from nearly 5.5 million users in April to 1.1 million in June – was also recorded for Ok.ru. Despite that, it maintained its third place in the ranking of the most popular social networking websites in Ukraine. The June drop in the number of visits did not significantly impact the site’s average visit duration, however. Ok.ru’s most loyal users, who now constitute only 6 per cent of Ukrainian internet users, spend an average of 6 minutes on the site.

Systematically on the rise

The only winner in the latest popularity ranking of social networking sites in Ukraine is Facebook.com, which in June reached 56 per cent of web users. Month by month Mark Zuckerberg’s site is not only being visited by growing numbers of network users, but it is also manages to keep their attention for longer. From April to June, Facebook gained over 2.2 million visitors (from 8.5 million in April to 10.8 million in June 2017), while the average visit duration grew by almost a minute (from 1.5 to 2.5 minutes).