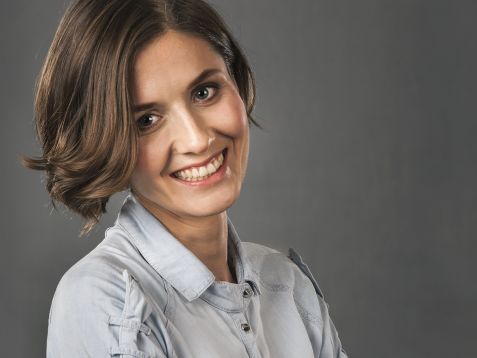 Artificially overstating the effectiveness of video advertising through Facebook – a mistake, or a deliberate attempt to mislead customers?

A few weeks ago, Facebook admitted to media houses agencies and advertisers that, for the last two years, they have been overestimating statistics relating to the length of viewing video ads (so-called ‘Average Duration of Video Viewed’); simultaneously, they announced the introduction of a new metric: ‘Average Watch Time’. The problem, and the difference between the two metrics, is the basis on which the average is calculated – the old metric referred to the videos emissions that exceeded Facebook’s paid emissions 3 seconds threshold. The average took into account only those people who were sufficiently interested in the film to watch it for at least 3 seconds. The vast majority, who click to starts a film while scrolling down and then continue scrolling after a split second, were not included. As a result, Facebook was able to compare their statistics with YouTube and television broadcasters, and to convince advertisers of the effectiveness of their advertising capabilities in online video. Was this merely a misunderstanding, or were they deliberately showing their better side, using out-of-context descriptions and explanations? It is hard to believe that it was just a mistake. On the other hand, Facebook shouldn’t fear these statistics – after all, advertisers only pay for video ads that exceed the 3-second threshold...

As reported by the Wall Street Journal, citing a conversation with the spokesman of Publicis Media, the video ad viewing statistics for customers of this media house agency have been overstated from 60 to 80%.

Meanwhile, the debate was reignited on the policy of two American giants – Facebook and Google – who do not accept the external 3rd party scripts that would allow them to verify their statistics and to enable the independent examination of the effectiveness of their reach. (‘3rd party tagging / scripting’).

Does Facebook’s new metric change the policy of Facebook or the Google Groups in the context of 3rd party scriptstagging? It is hard to say whether advertisers are able to force the American giants to accept a policy change based on not sharing their greatest treasure – data – with external entities. The future of marketing lies in Big Data and it is thanks to the exclusivity of access to knowledge about the profiles and behaviour of billions of people that the value of the two companies is so high, often higher than their biggest advertisers and media giants such as Publicis and Group M. Although, of course, Publicis and Group M can undermine that value slightly by withdrawing their advertising budgets. The question is whether everyone actually stands in solidarity against the giants. Is there really an alternative?

The third way: independent study of the effectiveness of advertising on Facebook and YouTube with user-centric methodology

But there is a third way. In some countries, the independent study of the online advertising market based on user-centric methodology is already under way (gemiusAdReal). Neither Facebook nor the Google Group has to agree to participate in the measurement, because the data comes from software installed on the computers of panellists who visit Facebook, YouTube or any other website. What’s more, adverts are studied in exactly the same model in which they are purchased – after all, the purchasing of Facebook and YouTube is also ‘user-centric’. In the near future, Gemius will introduce the study to new markets.

Thanks to a sample of many thousands of internet users, we study how ads are viewed, and we have separate statistics for different countries, including Poland, Romania, Germany, Russia and Ukraine. We know that the average viewing time for online video ads on Facebook on the PC platform is 5-7 seconds, and that on average only 1/3 of internet users view videos for longer than 3 seconds. And we know that, once they start viewing, the vast majority will watch to the end. So it comes as no great surprise that the Facebook statistics changed so radically when they altered the metric from ‘Average Duration of Video Viewed’ to ‘Average Watch Time’.

What else do we know about how ads are viewed on Facebook? We know that, in the eastern markets (Russia and Ukraine), women view them for less time than men. And we know that no average can be directly translated to specific creations. Advertisers are increasingly, and very creatively, taking advantage of the potential of new online video channels where they pay for the initial guaranteed 3 or 5 seconds (for Facebook and YouTube, respectively), and not for the entire 15 or 30 seconds of airtime. They employ two strategies. The first involves very short videos of 6-8 seconds, in which the creative agency should convey the most important message in the first 3-5 seconds. In the context of these short forms, VCR (video completion rate) statistics generalised for all campaigns can be quite deceptive in comparison to the reality, and they should be analysed by format. The second strategy involves the emission of a long film (e.g. 1-2.5 minutes).

Investing in a good, interesting creationcommercial that will attract the target group can result in very long viewingwatching times among the people who matter the most. This is the point where content marketing meets media buying. Nike and Adidas have been implementing this strategy for some time now – we saw it during Euro 2016 and the Olympics. In early August, the weekly emissionrun of Nike’s video recorded an average viewing watching time of 127 seconds for males aged 7-19, and 65 seconds in the ‘All’ group (data for the Polish market, source: gemiusAdReal). After first congratulating Nike's strategy, we are struck with the thought that this kind of campaign overstates the average 6-second contactwatching time with adverts on Facebook and is probably much lower for the 30 seconds’s spots.

This means that we can creatively use the potential of online videos on Facebook – but in order to do this, we need to measure the effects of their actions, know the benchmarks for our segment, and – most importantly – not be condemned by statistics from Facebook alone. The gemiusAdReal study of the online advertising market has also given us the opportunity to observe the results of our competition on Facebook and to see which videos were the most popular with our target audience. Of course, this goes beyond the analysis of our own campaigns – it opens up new opportunities, not only for media housesagencies, but also for strategic and creative agencies.

Programmatic and big data mean big benefits, but without independent studies they may turn into one big trap.