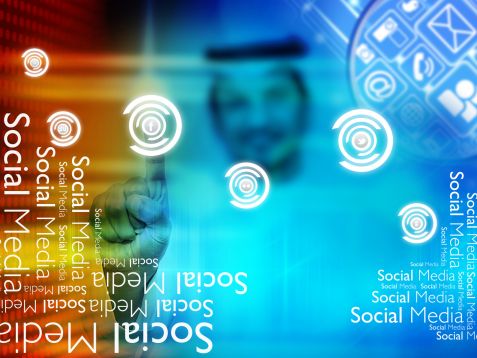 Failures of Polish sportsmen or women and Wednesdays are the triggers of our most bitter emotions. We are most eager to share positive vibes in the morning – Gemius analysts have researched into the emotions expressed by Poles on Twitter in 2012.

Subject to the investigation were about 10 million tweets posted by 152 thousand Polish internet users between January and December 2012. The study was conducted as part of an international research project Collective Emotions in Cyberspace with the use of a tool created by British scientists and adapted by analysts from the research company Gemius to suit the requirements of the Polish language.

The research showed that 70 per cent of comments made on Twitter in 2012 had some emotional content. Although most of them were positive (67 per cent), posts conveying negative emotions were the strongest. They were mostly concurrent with failures of Polish sportsmen, with a peak noted during the EURO2012 matches. A similar overtone was observed in the tweets concerning the Polish defeat with Russia in the London volleyball quarterfinals. The only sports success that had some notable influence on the overall load of positive emotions expressed in comments posted on Twitter was the golden medal won by our volleyball team in the world league.

“At night, some Twitter profiles are updated automatically; these are mainly news services accounts that do not post comments or opinions, i.e. weather forecast or economy news profiles”.

When analysing posts in weekly cycles, the researchers found out that Wednesday is the day when Polish Twitter users share most negative emotions. What is even more, the tweeters’ mood, judging by the nature of the posts, deteriorates as the busy working week progresses and greatly differs from the weekend aura, when the average result for positive emotions is higher. The time of the day has some influence on the share of neutral or emotional statements. Emotions typically go with all posts made in afternoons and evenings, when users get most active. At night, the character of a significant majority of the published content is neutral.

According to Piotr Tempczyk, a Gemius analyst and co-author of the research, “At night, some Twitter profiles are updated automatically; these are mainly news services accounts that do not post comments or opinions, i.e. weather forecast or economy news profiles.” Further, Anna Winnicka, a psychologist working at Gemius, points out, ”When we share the emotions we feel, we expect quick reaction from other users. This is why the posts are made in the rush hours – the message may reach a larger amount of people.”

In order to analyse the tweets, a Polish language version of SentiStrength was used. With this solution, the researchers - based on dictionaries of words carrying some emotional weight on a five-step scale used separately for negative and negative sentiment - could assess the emotional value of each utterance. The analysis was based on data gathered with LexiUrlSearcher, a piece of software which facilitates extracting and seeking out Polish language content from a posts sample provided by Twitter.

Collective Emotions in Cyberspace is an interdisciplinary research project financed by the European Union as part of the 7th Framework Programme, which aims to study the role and workings of collective emotions among internet users. There are nine scientific and research organizations from six European countries taking part in the project (Austria, Switzerland, Germany, Slovenia, the UK and Poland), engaging specialists in psychology of emotion, complex network theory, statistical mechanics, artificial intelligence and virtual reality. 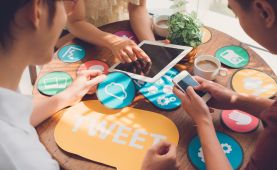