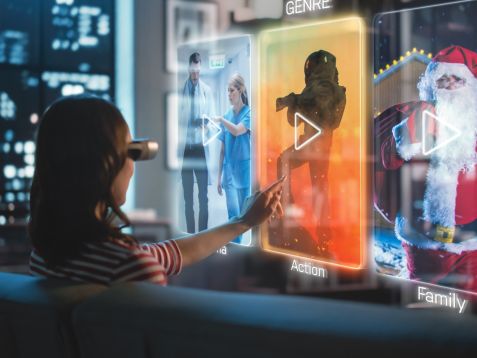 Today, television is not only classic distribution and reception on the big screen. Reception models are dynamically evolving, and viewers' need to access live content is being met by new models of OTT platforms. By strengthening their business model with FAST, these applications provide value for viewers, but also gain new advertising revenue. The transformation of television is determined by the needs of viewers, but also by revenue models, which use the potential of video in many ways.

Television is not dying, but technologically transforming. Business models that use technologies are user-centric, companies do not force compliance as it used to be. OTT technology is characterized by the ability to access video content, both VOD and linear television, on any device, at any time and in any place. This is a new trend in building a hybrid programming offer using OTT technology.

The VOD service can be used by any user who has access to the Internet and then has the ability to play any collection of video content at any time. The VOD platform is a combination of large video content and other media such as podcasts, music and much more. The SVOD model allows users to access and watch the entire media library for a paid subscription. It can be based on a fixed, recurring fee. Registered users can watch as many videos as they want from any platform as long as their subscription plan is active. Examples of such platforms include Amazon Prime and Netflix. The AVOD model is entirely based on advertising. By watching advertisements before, during or after the video material, the user watches video content for free and gains access to any multimedia. Revenue is generated in the form of user spending on content and viewing ads. The leading example of such a platform is YouTube. TVOD is a different model of AVOD where users are not charged for registration on the platform as in SVOD. On TVOD, you can purchase specific content based on a pay-per-view model.

Despite the seemingly high saturation of the market with OTT/VOD services, new entities are still appearing systematically. Time will tell how much potential this video content distribution model has, how users will be willing to pay for multiple platforms, and how long cross-platform video content will be acceptable to audiences.

Over the past six years, the video, SVOD and AVOD business models for consuming content have grown in popularity, and so has the FAST model. It is a free ad-supported streaming TV. So what is the difference between AVOd and FAST? The only difference is that instead of ad-supported on-demand content, it's live TV ad-supported content. AVOD and FAST have the same goal - despite the different types of content, they use advertising to monetize their resources. Currently, there has been a huge surge of interest in FAST streaming. This is because users prefer to watch free content without having to, for example, register. The way of using such content is more comfortable for viewers, as they have access to streaming and VOD content free of charge.

The new super medium must follow the needs, themes and the way of narration. Conscious, ambitious, global users need quality. And that means something different to everyone. Entertainment, series, film - the multitude of genres makes television and film production another close area of ​​transformation and cooperation with modern technologies. Despite technological development, content is the most valuable. The news is still important, the information communicated every day. This content, especially in times of uncertainty and threats, attracts people to the TV. Despite the strong use of the Internet and information services or social platforms, the time of the COVID-19 pandemic or the beginning of the war in Ukraine brought people together in front of classic receivers and information content on television.

There is one more area of the subject which can be an example that regardless of when and on what device, the content and time in which it is broadcast is the most important of the criteria. It's a sport. This area is more and more often given as the most important for recipients as an indicator of the willingness to use the medium and watch regardless of time and place. In this case, not from the desire to choose, but from the need to participate in a live event. That is why sports broadcasts are becoming more and more popular in streaming. For years, television stations have been striving for the rights to broadcast the most important sporting events, thanks to which they have attracted loyal fans and occasional fans in front of the screen. At the beginning, the rights were bought only for television in the sense of classic distribution, with time the expanded fields of exploitation also began to apply to the Internet.

Television of the future

Linear television is in its maturity phase - although there is a high saturation of general programs on the market, new thematic programs are still developing. The Internet itself offers great opportunities to reach the consumer. Today, the distribution area includes the use of HbbTV, Smart TV and OTT technologies in serving video content. The most popular video platforms in the world and in Poland are increasingly blurring with classic television. The time is coming when the term television will be replaced only by the word video. From the point of view of the recipient, it will not matter through what and under what conditions he watches, what matters is access. Choice, access and lack of constraints are the primary drivers for choice. Currently, the offer of platforms that users can use makes the need for aggregation and reducing the number of platforms offered, rather than increasing them, appear more and more seriously in the public discourse.

Based on Beyond the limits of television. The new super medium 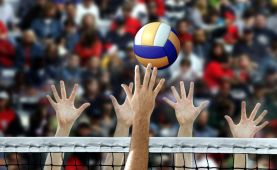 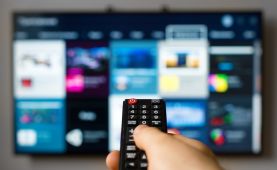