In Romania, there are more men using Facebook than women. The site is most popular among users in the age group 19-24. What are the characteristics of Romanian Facebook users? Check out the Gemius infographic.

Over 7 million Romanian internet users browse websites on PCs. More than six million use Facebook (or more than 80 per cent of users overall in the country). Gemius decided to check what characterizes Romanian Facebook users, based on data from December 2015.

It turned out that more than half of Romanian Facebook users were men (52.9 per cent). Women who visited the site are in a minority – 47.1 per cent. 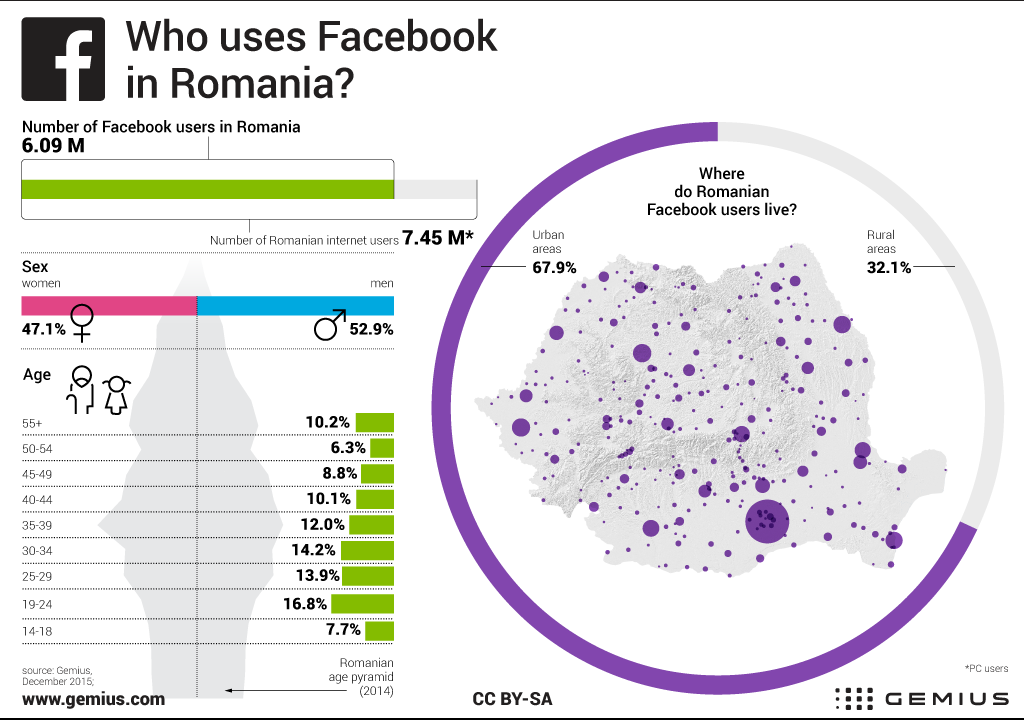 Most users are city dwellers

In Romania, almost two million Facebook users are from rural areas − 32.1 per cent of all users. There are more than two times as many visitors from urban areas − 4.1 million (67.9 per cent).

The data comes from gemiusAudience, an international research project conducted by Gemius in around 30 countries in Europe, the Middle East and North Africa (in Turkey: IAB Turkey Internet Audience Measurement). It aims to determine the number and demographic profile of internet users and to learn about the ways in which they use the internet: websites, audio and video material, or applications. The research is carried out in compliance with the international code of conduct ICC/ESOMAR