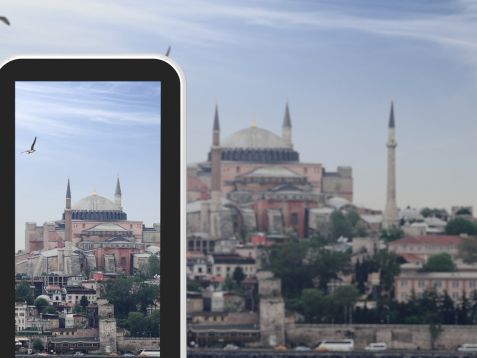 Some publishers expected viewers to devote less time to traditional TV as the popularity of computers, tablets and smartphones will rise. Yet it turned out that the average amount of time spent on watching telly hasn’t decreased over the last few years and still amounts to approximately four hours a day (Mediascope, IAB Europe/SPA Future Thinking, 2012[1]). This shows how attractive video content actually is. Publishers and advertisers alike are keen on tapping into this potential, with precious support of knowledge on the behaviour of mobile devices users. This time, Gemius decided to demonstrate which local websites presenting visual content are most often displayed on mobile devices screens in Turkey.

It turns out that in Turkey, video and online TV are more popular on smartphones than on tablets. In October 2014, smartphone internet users generated 108.02m page views on websites offering this type of content. This was by 86m more than on tablets (22.37m page views).

Among the websites containing visual materials, Izlesene.com is the one most willingly visited on both smartphones as well as tablets (1.79m, translating to 20.4 per cent of internet population according to October 2014 data and 1.18m translating to 23.6 per cent, respectively).

However, some differences occur when the research is analysed further. As it turs out, one of the most popular video and online TV websites visited on smartphone screens is also Startv.com.tr, offering VoD (0.68m; 7.7 per cent) and Uzmantv.com, featuring content posted by users (0.63m; 7.1 per cent). 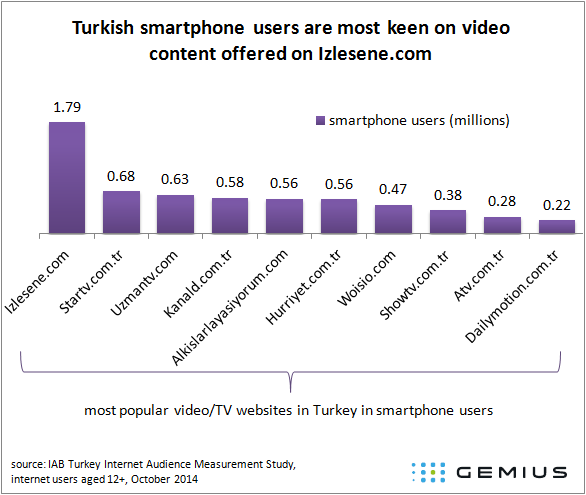 Apart from Izlesene.com, tablet-using online audience also likes to visit Dailymotion.com.tr, a website containing video material generated by consumers (0.67m; 13.3 per cent) and Kanald.com.tr (0.4m; 7.9 per cent), which is another VoD site. 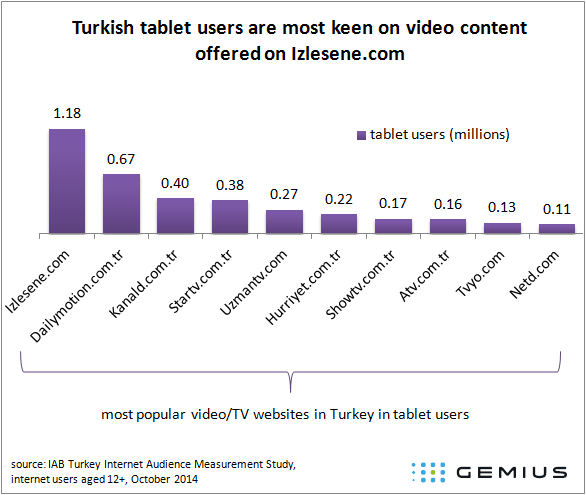 The data quoted originates from an international project (gemiusAudience) conducted by Gemius in more than 30 countries. It aims to research into the number and demographic profile of internet users and the manner in which they utilize the web. The study is performed according to Gemius proprietary hybrid methodology and in accordance with the ICC/ESOMAR international code of conduct. In Turkey gemiusAudience is known as IAB Turkey Internet Audience Measurement Study. 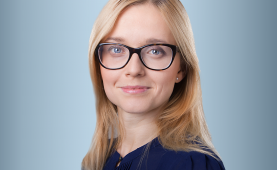 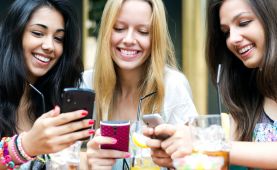