Romania: Ranking of the most popular websites 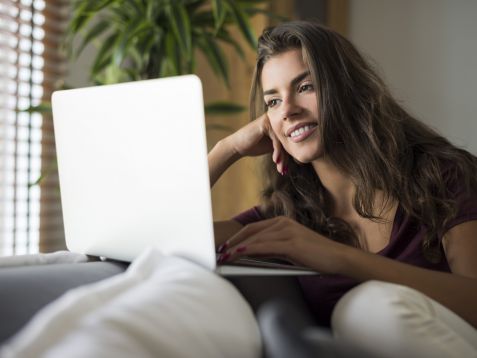 The websites Google.com and Google.ro are used by the highest percentage of Romanian internet users (almost 90 per cent of internet users). Facebook.com and Youtube.com also rank highly. Find out which other websites are found in the ranking of the top 10 most popular websites in Romania.

Gemius recently launched a new version of the Romanian website. The result can be viewed by following this link. To mark the occasion, it was tested which websites are visited most often by internet users in Romania above 14 years of age. The analysis covered data from July 2015.

It turned out that the ranking was dominated by global websites. Google came in at first place with a reach of 89.1 per cent (combined data for Google.com and Google.ro), Facebook was second (81,3 per cent), and Youtube was third (68 per cent). 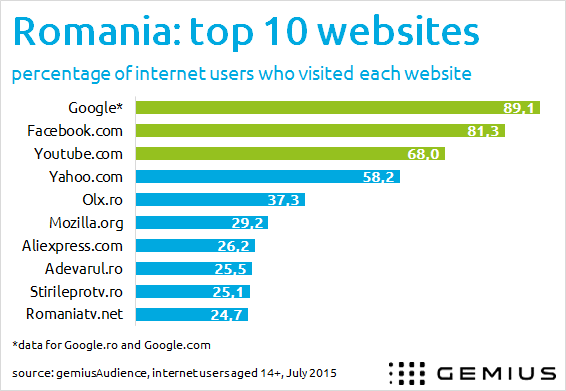 Three local websites also appeared in the ranking. These were the news services Adevarul.ro (25.2 per cent) and Stirileprotv.ro (25.1 per cent) and the informational television website Romaniatv.net (24.7 per cent).