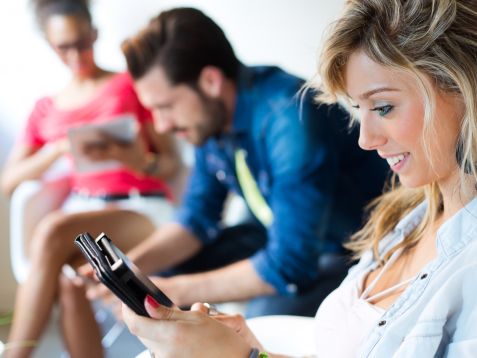 In May, Polish web users generated 61.3 billion page views and spent an average of 2 hours 37 minutes online per day. A Gemius study shows that one in seven of them surfed the net exclusively on mobile devices. Men were drawn to their screens by football events, with match Sundays standing out in sports sites’ user stats.

The average netizen spent 2 hours 37 minutes online per day. They spent noticeably longer roaming cyberspace on workdays than at the weekend. During the week, women spent an average of 4 minutes longer online than men. That said, men take over the net at the weekend, when they surf for 11 minutes longer than women. 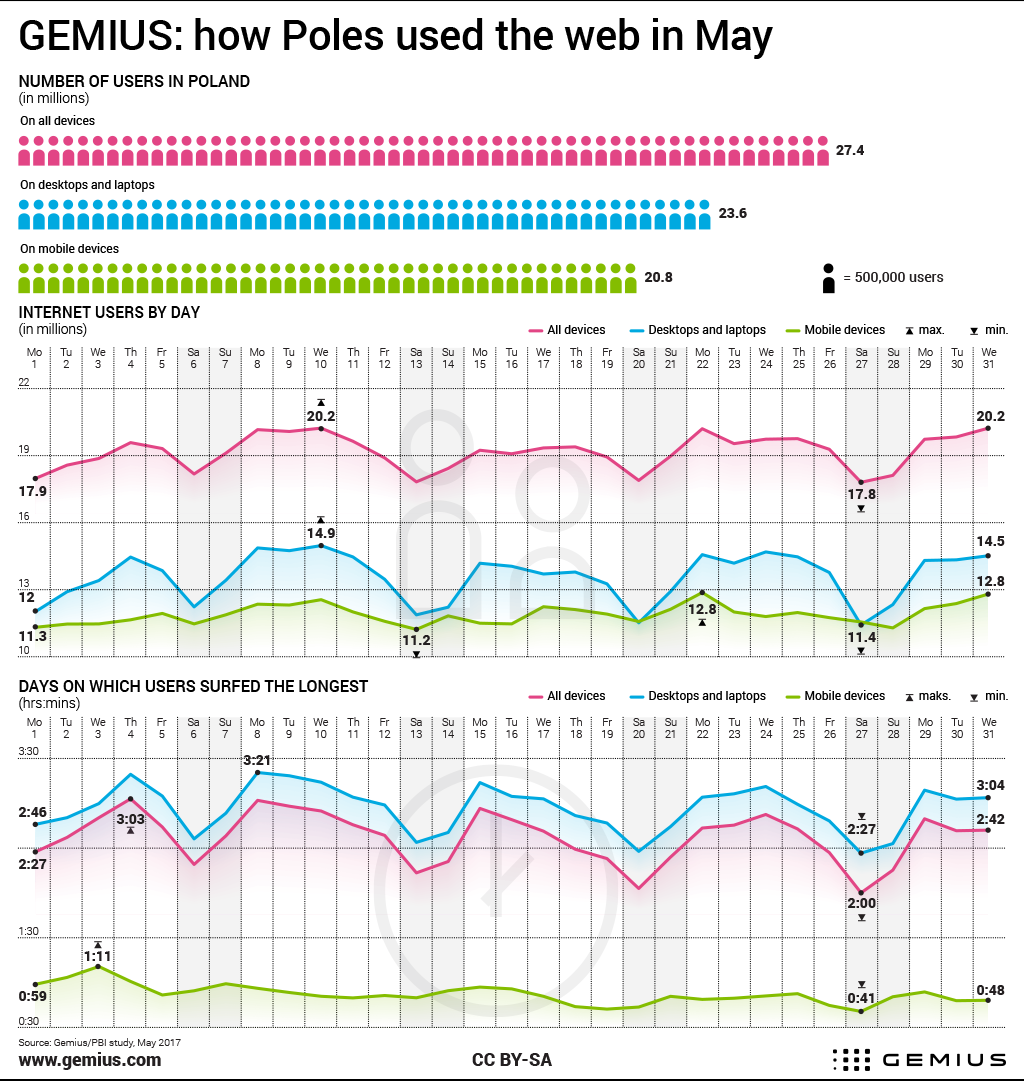 So, what are they watching in that time? Probably football. Every Sunday in May, men were visibly more active on sports-related web pages – particularly in terms of mobile phone page views. This coincides with May lottery queues for the Ekstraklasa LOTTO. On May 28th, when all the top teams were playing, men were responsible for 16 million sports page views on mobile phones alone. What else does the data reveal? Over the May long weekend, men had a taste for erotica – on May 3rd they generated a record 45.3 million page views on adult sites.

Of all those surfing the web in May, 86.2 per cent were using a desktop or laptop, 73.6 per cent a smartphone, and 15 per cent a tablet. One in seven internet users (14 per cent) browsed websites exclusively on mobile devices. Last month 27.4 million people aged 7–75 surfed the net. The peak number of users was on Wednesday May 10th, when 20.2 million Poles generated 2.2 billion page views (source: Gemius/PBI study).