Breakthroughs in online advertising in 2015 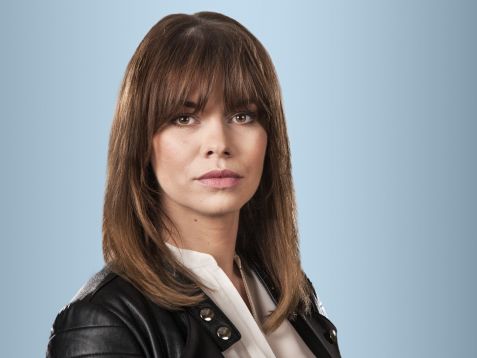 What has the passing year been like for online businesses? What will 2016 bring? Check out the opinions of Weronika Ośko, agency business development EMEA director at Gemius, in the following short summary.

Personally, the Interact conference in Berlin on May 20th, for one reason – that’s when Gemius won the IAB Europe Research Award for the Behavioral Panel Synthesis, BPS.

Also, Mark Zuckerberg became a father – and why is that important? Zuckerberg donated 99 per cent of his FB shares to charity. FB stocks are currently worth more than $45 billion. Was this move related to tax issues? Maybe. But I’d still like to believe that wasn’t the main reason.

And the last but not least, Google creating a new holding, called Alphabet. According to Larry Page, “Alphabet is about businesses prospering through strong leaders and independence”. It’s a really great strategy in expanding the ecosystem.

Lewandowski scored 5 goals in one match, so his face became one of the leading media products. The huge success of Wiedzmin – though I’m not a fan of the game, I am Polish ;)

As for the rest of the world, 2015 was all about applications – starting with SnapChat, Periscope, Vine and Meerkat. Uber ruled the world, and the business model behind it is simply a ‘role model’ for all start-ups. Also, the success of cost-efficient services such as Airbnb.

Additionally, the matter of personal data protection – the Court of Justice of the European Union ("CJEU") ruling that brought down the EU-US Safe Harbor Framework. It seems the US needs to follow EU regulations and protect our data more then never before. More here: http://www.gemius.com/agencies-news/new-standards-in-personal-data-protection.html.

GfK winning the tender in Poland. We’re still dealing with this fact; however, it has pushed us at Gemius to develop new tools and has made us even stronger. We created the Overnight product, so it turned out successful in the end.

What happened with the Volkswagen group and everything surrounding it. On the one hand it was a disaster for the well know brand, which had built up its brand awareness based on trust. However, the reaction, especially in Germany, was pretty good – VW apologised in the best possible way.

The new conditions and limitations for advertising in Hungary – this new law has been affecting agency bonuses and activities since September 2015.

The political situation in Turkey – two elections in a row, plus the refugee issue, caused a lot of chaos and losses in the media system as well. Spending on media was halted for almost half the year.

‘Flash is dead’ – maybe it was expected; however, as is often the case when something is expected, it brought unexpected results.

I would make 3 points here:

Consolidation is another important trend. Small agencies are no longer existing as the same publishers. The Czech News Center (CMI) bought Mladá fronta – this transaction was supposed to reassert CNC’s position on the Czech market, giving them the chance to become number 2. This is just one example of reassertion. Another example is Deloitte Digital’s acquisition of Digital One in Poland – this shows how digital is becoming more and more valuable on the media market, including for the big 5.

In the CEE region, I would predict mobile and programmatic buying as trends. Since 2010, the phrase “year of mobile” has been on everyone’s lips, but currently there is an observable switch towards budgets and tracking users with specified messages on all channels. Since users are more and more mobile, it is vital to connect with them in that way. As for programmatic buying, it seems to be a more suitable way of buying media than the traditional way.

For the time being, I am watching Elon Musk carefully – I’ve been amazed by his SpaceX project, among other things. He is very technologically driven and, in my opinion, he will be the guy to follow in the upcoming months.

Besides that, I really appreciate the life balance trend being promoted recently across all media.