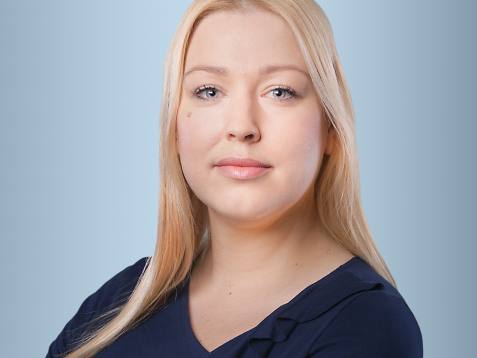 Since July 2015, the level of cooperation between the Baltic branches of Gemius has grown even stronger – Gryta Balseryte has started creating a unified sales and development strategy not only for Lithuania and Latvia, but also for Estonia.

Gryta Balseryte has been working in the field of media and advertising for more than 10 years. Since 2011 she has managed the Lithuanian branch of research and consultancy at Gemius and since 2014 she has also been developing the strategy for Gemius Latvia. As of July 2015 she is the Regional Manager for the Baltics, including responsibility for the Estonian branch of the company.

‘The decision to develop a unified strategy for the Baltics was taken in order to unify the scope and standards of Gemius’s research in the region, to provide more solutions designed for publishers, advertising agencies and advertisers in the Baltics, as well as to adapt the best practices of individual countries in the whole region. It is natural that markets have their own specific characteristics, so each country will have a team devoted to its needs,‘ says Gryta Balseryte.

The Baltics were among the first countries to which Gemius expanded its research – audience measurement in Lithuania and Estonia began in 2005, and in Latvia in 2006.

In recent years there have been significant developments in audience research – all the Baltic countries have started measuring browsing on mobile devices as well as the behaviour of users who watch TV and listen to radio online.

The new Regional Manager for the Baltics says that strengthening the Estonian team is her first goal in the new role.