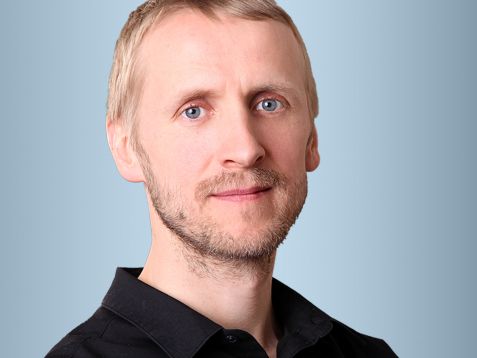 Fifteen years ago, the internet was perceived as a new, intriguing phenomenon of unknown future and destiny. Entrepreneurs needed the right tools to measure audience indicators. Today, what they need more than an interface login and password to the product, is knowledge integrating data which comes from an array of sources and information that can help them improve customer care – a talk with Piotr Ejdys, CEO of Gemius.

Gemius: Gemius is presently one of the EMEA’s key players on the internet research market. Let me go back in time to the beginning of the company: how has the original idea that brought the company to life fifteen years ago changed?

Piotr Ejdys: When I joined Gemius, the company had already existed for about six months but under a different name, I should mention. In 1999, Adam Fijałkowski met Chris Modzelewski in the USA. In a casual chat, an idea to set up a business came up, a type of business that was already on a hype in America. This is how Global eMarketing was established, an interactive agency at its onset. This is how the entire Polish online industry was taking shape – starting from an idea taken up by a few internet-crazed individuals, mostly of no capital. The investor who laid out on Global eMarketing was Chris Modzelewski. With time passing, the company took to developing software, on top of website building services. Its growth was halted by the online crunch and the subsequent crisis. Afterwards, it reawakened with an increasing focus on online traffic measurement. It was in this field, as it later turned out, that we became the innovative force on the market.

Was successful business easier to attain then?

The situation certainly was different. In terms of new technologies and the internet, California was the new El Dorado. Before the tech bubble burst, a real gold rush broke out, which later spread to other markets. Anyone who experimented with innovative business came to LA and Silicon Valley. The world new these were the places to go, where you could start from scratch in the metaphorical garage. As it was the case in the time of gold rush, also then (bit less than twenty years ago) many people took the risk and bet everything on one card. Most of those ‘gold diggers’ slaved away, full of hope, but to no avail. Only few succeeded, but among them are the most spectacular victories.

Interestingly, when our solutions arrived in LA, it soon occurred that Americans still measure website traffic with the highly unreliable Cookies Users indicators. Please note that we had solved this problem when the dilemma of the differences between Real Users and Cookies Users (UU) – crucial for both publishers and advertisers – was discussed.

What happened with the company after the bubble burst of 2000? You could already observe the situation as an insider.

The market crushed, clients were not that easy to find. Around 2001 we took the decision to focus on one product. We gave up on building websites and turned to development and sales of a tool measuring website traffic instead. GeMius was initially the name we gave to the system. Since it worked well and was highly regarded by the clients, we took a slightly modified version of the name of the product and used it to rebrand the company in 2003.

It seems that Gemius took off rapidly afterwards?

We got on the wave, as our tool was becoming successful and launched an entire line of analytical products, such as gemiusTraffic, gemiusDirectEffect or gemiusAudience. At some point, almost the entire Polish internet used them: I don’t only mean the main portals, but also a number of private websites. We developed our products based on a tool which did not only measure website traffic, but also the soc-demo profiles of users. At that time is was a truly unique and ground-breaking solution.

Was it then that the idea of creating a uniform standard of online research in Poland emerged?

As the popularity of our tool grew along with the needs of website or portal owners, a group of publishers made an agreement on standards to be used to measure Polish online audience; they also decided that PBI would conduct its research based on our solutions. Let me remind you that PBI (Polskie Badania Internetu – Polish Internet Research), brings together the main market players. This is how Megapanel was born, and it remains the gauge of website potential even today. After a while, we began exporting our product to other markets.

Did you assume the web would become an important medium, and did you believe that its effectiveness would need to be measured?

When I first came to the company, fifteen years ago, I didn’t think about such matters. I was enjoying my work with large data storages. We saw the internet as a new, interesting phenomenon of unknown future and directions of development. Nevertheless, by observing what was happening in the USA, one could conclude that a new, exciting, yet risky branch of industry was emerging. Back in 1999 there were website services and electronic mail available, but nobody thought of advanced reach measurement.

How did the company’s profile evolve during those 15 years?

Over the last years, we have mainly been a research company. At the onset we focused on developing technological tools that were supposed to serve the main area of our interests, i.e. web measurement. You could say that since the very beginning, Gemius has been a provider of solutions for researching and assessing the effectiveness and potential of a business. For instance, in the case of portal publishers, this means provision of accurate information: on who and how consumes the content. From the advertisers’ point of view, this is a knowledge on the potential of particular publishers, allowing them to plan campaigns more carefully. A number of our solutions facilitate monitoring campaign performance, provide a unified picture of the entire market and of internet users profiles – either in Poland or in any of the markets where we operate.

As the company’s history shows, you seem to be very attentive observes of the internet market, who are able to respond quickly to the changing needs of its users. Some years ago you made a breakthrough…

The first, but not the last one.

What then makes Gemius stand out? Apart from the achievements you have already mentioned?

The general assumptions behind the Gemius philosophy haven’t changed: to answer to crucial needs of clients. Because the internet market goes through dynamic development, the range of our services broadens or fits along. In the Big Data era, we implement consulting services, which concern a growing amount of data coming from a wide variety of sources. Today, every organisation, on every possible scale, gathers and tries to process market information, based on all available external resources, but also on their own storages compiled in course of their normal operations. The challenge here is to integrate the sources and manage them effectively. The vastness of the available data may be a source of valuable information, preferably in real time.

So it’s true that information is becoming the most precious merchandise.

This is what makes the internet world go round, and this is the force that drives the evolution of our company. Our present offer is not so much about a choice of research and analytical tools: it now concentrates on strategic type solutions. We respond to key dilemmas that a client company faces. The tools we have implemented are our means to answer that need. We are therefore becoming a company specialising in strategic consultancy for online businesses. Rather than a login and password to our tools, we now offer a wealth of gripping knowledge. On one hand, this is selective information served in a clear and comprehensible manner. On the other, recommendations on how to use that knowledge in practice in pursuit of greater success and improvement of customer service.

Which market areas do you see as the most promising or most dynamically developing?

There’s plenty: apart from the previously mentioned Big Data and the broadly understood related market needs. An equally important trend we aim to attain is to differentiate the devices used to surf the net. It’s not only PCs and laptops or netbooks anymore, but also the increasingly important mobile devices such as the smartphone or tablet. The consequence of that fact is that, on many occasions, a browser is often replaced in its functions by a mobile application. Our solutions and tools for online traffic measurement aim to unify the gathered data irrespective of the source, type of device, or OS used. Our clients require data and knowledge that is complete, so that they can follow market trends. What’s more, we are capable of identifying the source of traffic – whether it comes from a desktop computer or such device as a tablet. Such knowledge is key for publishers and advertisers alike. We’ve been running a test measurement of this type since several months on some selected markets.

Gemius now operates in dozens of countries. From Central and East Europe, Kazakhstan to Oman, Israel, Turkey, Denmark or Belgium. It competes with global giants in this segment. It serves as a one-of-a-kind example of a Polish enterprise which managed to successfully enter foreign markets…

We successively enter a variety of new markets, but we want to concentrate our strategic effort on Western Europe now. Belgium is a good starting point, as it is one of the most technologically advanced and innovative markets in the world, just like the UK, the USA and Israel. I must say, however, that I don’t think of us as some kind of an exception. You could name many Polish-origin companies who sell their products or services abroad, or even export their main manufacturing operations outside Poland. A good example of successful Polish companies operating on the internet is Allegro.pl or Grupa Pracuj. There are quite a lot of businesses with strong capital involvement outside the country, from the largest corporations such as KGHM or Orlen, to smaller companies like the clothes brand LPP, which is doing fine in neighbouring countries, or InPost, which is now entering new markets with its unique concept of Paczkomaty – a delivery point solution.

Yet, when new technologies are concerned, successful Polish start-ups are few and far between. Where do you see the cause of that? Should we agree with the claim that the problem lies in insufficient expenses on innovative solutions and the reluctance of business to cooperate with scientific and research centres?

I don’t think it’s that bad. In Poland, as it is the case in other countries, people with innovative minds are plenty. Sometimes a local project is taken over by global giants at an early stage. This would mean that Poland is carefully eyed by the world. I should also draw your attention to the fact that many innovative, ground-breaking solutions stem from scientific work, from research conducted at public centres. The same goes even for the creators of Google, whose undertaking was an effect of scientific work. The archetype of Facebook was born as a university project. It’s quite like our country, too.

What then is the success factor in innovative economy?

An idea, as usual. And perseverance, a strong belief in your idea and hard work.