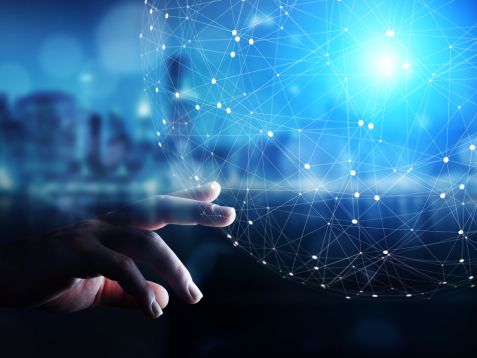 Gemius has been nominated in two categories for this year’s IAB Europe Research Awards. In with a shot at a statuette is gemiusAdReal – a study which provides information on how internet users watch ads. Winners will be announced on May 23rd at the Interact conference in Amsterdam.

Gemius is the only Polish company to be nominated in this year’s IAB Europe awards. Vying for an award will be a solution which provides comprehensive measurements of the online advertising market, including from the perspective of the web user (gemiusAdReal). For publishers and advertisers it is a source of information on competitor advertising operations. The company has a chance of winning in the categories of Audience Measurement and Consumer Attitudes and Behaviour.

‘The gemiusAdReal study was premiered a year ago, so we are very happy that it has so quickly been recognised by the European online sector. We began its implementation on the Polish market and today it is also being used by clients from Germany, Romania, Ukraine and Russia,’ says Piotr Ejdys, CEO of Gemius. ‘Nominations for the IAB Europe awards are a huge motivation for us, as well as a source of pride. Our technology is unique in the world, which is why last year we submitted an application to the US patent office,’ Ejdys adds.

‘In creating gemiusAdReal we were convinced from the get-go that it would be a revolutionary product, bringing a new level of quality to the market,’ explains Marta Sułkiewicz, who is responsible for the development of online advertising research at Gemius. ‘Our data is an important voice in discussions on independent viewability measurement, which concerns ad visibility in the field of view of users of the American web giants such as Facebook and YouTube. It is a valuable source of information on issues of brand safety in the age of programmatic advertising sales. It allows marketers, agencies, publishers and sector organisations the opportunity to expand their knowledge of the online advertising market and to see it in a fuller light,’ explains Sułkiewicz.

In the internet research category, Gemius is competing against comScore, Dometrics – Fistnet d.o.o. and Mediametrie. In the category associated with research into consumer attitudes and behaviour, Gemius’ rivals are AOL, EDAA, Optimum Media Direction SLU and Quantcast. Winners will be announced on May 23rd at the Interact conference in Amsterdam.

The Gemius cabinet already is displaying two IAB Europe trophies. Last year the company was awarded a prize for its methodology which produces daily webpage view data (Overnight). Two years ago the firm took the statuette for best research project in Europe, for a solution which allowed publishers to find out their total reach across all devices (Behavioral Panel Synthesis, BPS).