Ice hockey games attracted more than 300,000 internauts to visit sports-related websites, who generated a total of 2.1 million page views. This is about 600,000 page views more than the average number in the rest of May. Moreover, the average number of visits on sports websites increased by 200,000 during the games.

Traffic from the classic PCs and mobile devices

In May, more than 3.2 million users from Slovakia and about 800,000 users from abroad visited websites enrolled in AIMmonitor research Compared with April, the number of real users increased by more than 50,000. Traffic from mobile devices also grew. The number of internauts visiting the websites from mobile phones and tablets increased by approximately 3 per cent and exceeded the value of 1.2 million. The number of page views from mobile devices was increasing at the same time finally reaching almost 6 per cent. The highest share of page views generated from mobile phones and tablets were noted for websites related to sport and also services, maps and timetables (both around 27 per cent), while the highest share of page views made from the classic PCs were recorded for TV, radio and Travel related websites (almost 90 per cent).

The number of internauts visiting the websites from mobile phones and tablets increased by approximately 3 per cent and exceeded the value of 1.2 million.

Dating sites with the biggest amount of page views

The most visited thematic websites in May were news portals, visited by 2.4 million users. The 2 million users threshold was also passed by websites related to services, maps, timetables and portal homepages. On the contrary, in the analysed month, dating sites enjoyed the highest number of page views (270 million) and the amount of time spent (on average almost 4 hours per user).

In May, the Slovak internet population exceeded the number of 3.35 million users; thus it grew by more than 17,000 new users. Almost equal number of men and women connect the internet in Slovakia and the most numerous groups are those aged 20-29 and 30-39 (combined, they make almost half of the whole internet population).

The data quoted originates from an international internet study measurement (gemiusAudience) conducted by Gemius in more than 35 countries. It aims to research into the number and demographic profile of internet users and the manner in which they utilize the web, audio and wideo content, as well as mobile applications. The study is perfomed according to Gemius proprietary hybrid methodology and in accordance with the ICC/ESOMAR international code of conduct. 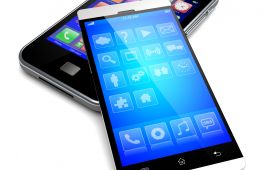 Cars and mobile phones most wanted