Women vs. men on LinkedIn 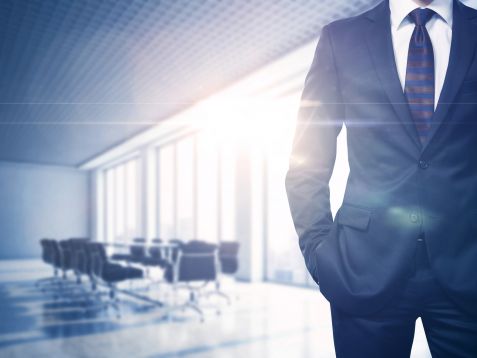 In Russia and Poland there are more women than men on LinkedIn. Meanwhile, in Ukraine and Hungary, men predominate on the site. What is the situation in other countries? See Gemius’ latest analysis for details.

LinkedIn is an international community that makes it easy to establish and maintain professional and business contacts. Twelve years have passed since its launch in May 2003. To mark this occasion, Gemius decided to analyse in which countries the Linkedin.com website is more popular among women and in which countries male visitors predominate. The data comes from the period between August 2014 and January 2015. The data refers to internet users aged 18–69 from selected Central and Eastern European countries where Gemius conducts internet research (Poland, Hungary, Belarus, Ukraine, Russia and Romania). For comparison, data from the same period in Denmark was also analysed.

In Romania, one tenth of internet users are on LinkedIn

It turns out that, among the considered Central and Eastern European countries, LinkedIn is most popular in Romania. The data shows that in each analysed month the LinkedIn website was visited by one in ten Romanian surfers (an average of 11 per cent of internet users per month). In turn, the least interest in the service among the analysed countries is shown in Belarus. During a given month LinkedIn is viewed by three per cent of internet users on average.

In comparison, in Denmark, which is an example of a country with a high coefficient of development for information and communication technologies (ICT development index, IDI),[1] LinkedIn is used by one quarter of internet users (24 per cent). More than half of them are men (52 per cent). 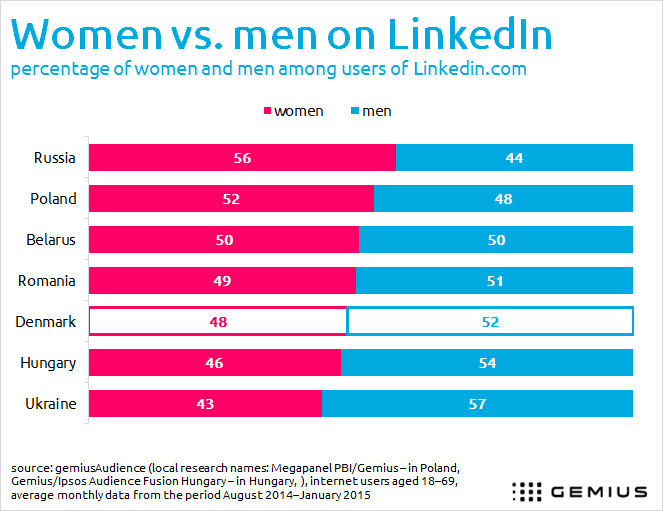 LinkedIn is a female domain in Russia and Poland

The analysis of LinkedIn members by gender shows that, in Russia and Poland, the majority of visitors to this service are women. In Russia, 56 per cent of users are female, and in Poland 52 per cent.

Meanwhile, men predominate on LinkedIn in Ukraine (57 per cent) and Hungary (54 per cent).