Windows 10 at one year old 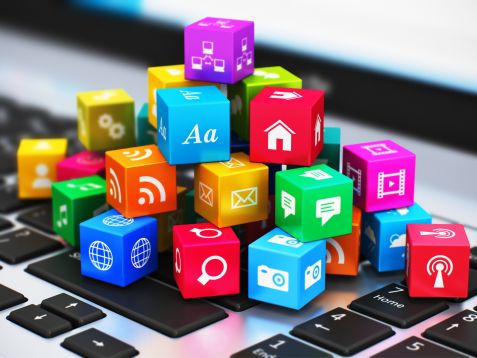 The Windows 10 operating system for web browsers is most used by Czechs and least by inhabitants of Belarus. Find out how the popularity of the new system has changed over the last year in 18 European countries.

The end of July 2016 saw the first anniversary of the official premier of the Windows 10 operating system. To mark the occasion, Gemius looked at 18 Central and Eastern European countries to find out what percentage of online traffic is generated from devices using the latest Microsoft system. Data was compared from July 2015 and July 2016. 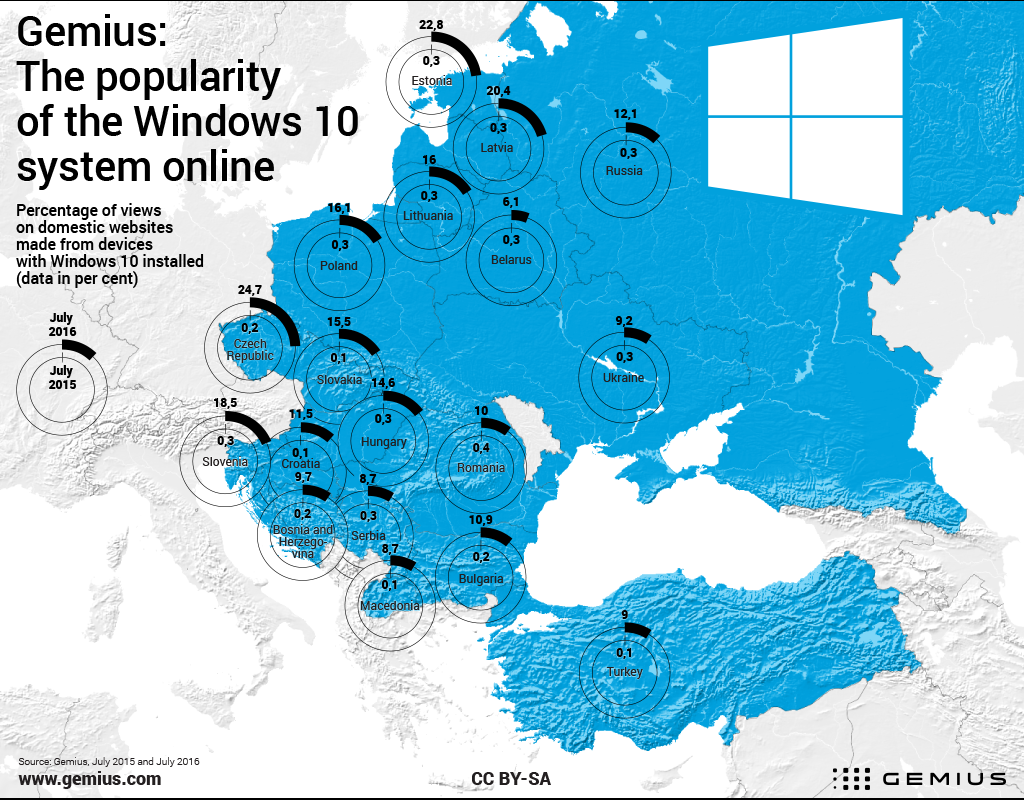 ‘The low percentage of page views from devices running Windows 10 should come as no surprise,’ says Gemius expert Marek Molicki. ‘Mobile devices stand out – their share of traffic has been rising steadily at the expense of stationary computers and, in some countries, is even greater than traffic from desktops. The second thing to mention is the enduring popularity of Windows 7 and 8. We can expect changes here in the coming years, when companies begin to migrate from the older operating systems to the newest, and the share of Windows 10 in the total number of page views is sure to increase. However, it is worth paying attention to the global trend of declining computer sales year on year. This is influenced not only by the popularity of mobile devices, but also a lack of revolutionary changes that would motivate people to shift to the latest equipment. And this, as we know, is often sold pre-installed with the latest operating system. Here, however, I do not predict major changes, at least not in the short term,’ adds Molicki.

‘According to announcements, Windows 10 is to be the last Windows operating system – from now on it will only be supplemented with improvements and fixes’, says prof. Dariusz Jemielniak of Kozminski University. ‘This makes sense, because the market has undergone a profound change over the last quarter of a century; furthermore, the main competitors of Windows, Android and MacOS, have already chosen a similar path. For these reasons, Microsoft has opted for a change in strategy, as evidenced by their encouraging users of Windows 7 and 8 to upgrade to version ten for free. In light of this, the results on the popularity of Windows 10 are really not impressive,’ adds Jemielniak.

Czechs in the lead

The leader in the group of markets analysed proved to be the Czech Republic – in July 2016, 24.7 per cent of online views in this country came from devices with Windows 10 (source: gemiusPrism). Also making the top 3 according to the prevalence of the system were Estonia (22.5 per cent of views) and Latvia (20.3 per cent). The system from the Redmond giant is also widely used by internet users in Slovenia (18 per cent), Poland (16 per cent) and Lithuania (16 per cent) to connect to the Internet.

Lowest percentage of views in Belarus

According to the expert from Kozminski University, the relatively low penetration of Windows 10 is due to two factors. ‘Firstly, people are simply lazy and ignore even the most persistent prompts to update. Secondly, Windows has lost its former position. It has slowly ceased to be the obvious choice, even for office workers – Apple products, despite being more expensive, are better suited to customers who expect easy-to-use devices. Meanwhile, Google products have finally reached maturity on the portable computer market as well – just look at the series of devices offered by Pixel. If this last factor turns out to be a more permanent trend, it will mean that Microsoft have missed their chance for permanent dominance and will have to fight hard to keep hold of their leadership position,’ explains Jemielniak.

The analysis was based on traffic on domestic websites.