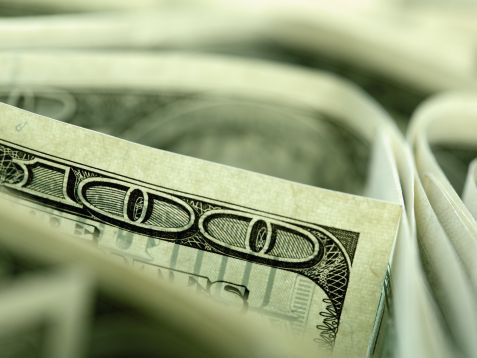 Nearly 70 per cent of Polish internet users already visit banking websites. Who are they, where do they live, how old are they and what level of education do they have? A detailed profile of banking site users has been compiled by Gemius.

More than 17.5 million people visit internet e-banking sites, making up 67 per cent of all web users (source: Gemius/PBI study). More than half of internet users access banking services from a personal computer (PC) – 56 per cent, and nearly one third access them from a mobile device – 29 per cent.

‘The number of users on the Internet who are doing their banking online is growing; in October 2015 it was 15 million – today it is 2.5 million more. There is no longer any doubt that electronic banking has become standard. And hence the new direction in bank development – mobile applications and contactless telephone payment. Financial service providers are racing to create ever more user-friendly solutions, such as on-the-spot mobile micro-transfers to a defined group of acquaintances. Polish banks have pulled in crowds of young people by showing them that mobile banking is convenient and safe,’ explains Jakub Wysoczański, president of Gemius in Poland. 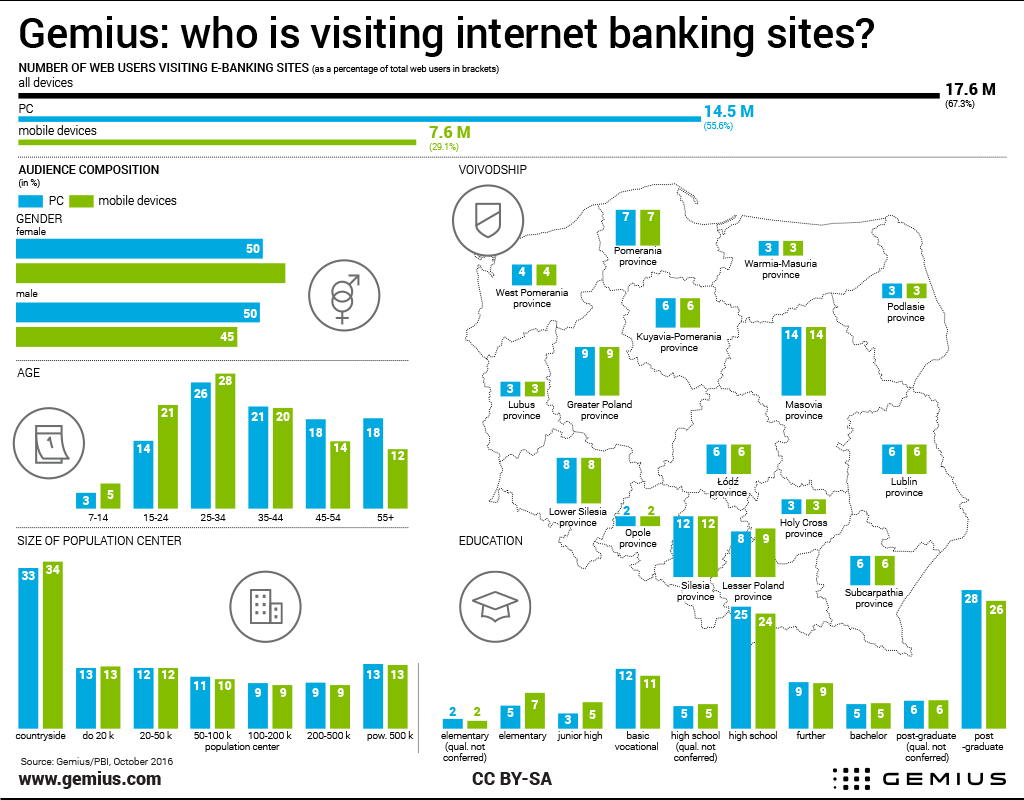 Women are more likely than men to visit e-banking sites on mobile devices, representing 55 per cent of visitors to men’s 45 per cent. Young people in the 15–34 age band are also more comfortable opening banking sites on the small screen, as well as residents of larger towns (above 500,000 inhabitants). Meanwhile, people in the 45+ age band prefer to connect using a PC.

‘The mobile route in e-banking is seen as an innovation which clients need to be persuaded towards,’ says Professor Grzegorz Mazurek of Kozminski University. ‘This is being done as much with soft arguments, such as creating the image of the modern client who needs to use just such a route, as with hard arguments, such as increasing the interest on investment accounts or reducing the interest on loans taken via the mobile route. This second method has long been successfully in use. A specially-tailored pricing policy is designed to encourage the use of a particular purchasing method – of course, we can still make a transfer at the branch, but the costs of providing such services is incomparably more expensive than having them carried out independently along the electronic route. Not bending with innovation costs clients dearly, with time, and so it will be with mobile banking,’ Mazurek adds.

Educated and in the prime of life

The most numerous group visiting e-banking are the 25–34 and 35–44 age bands. In October, they represented 25 and 21 per cent, respectively, of visitors to such sites. Holders of post-graduate degrees, including non-conferred qualifications, make up 36 per cent of users on these websites.