Who clicks on online advertisements? 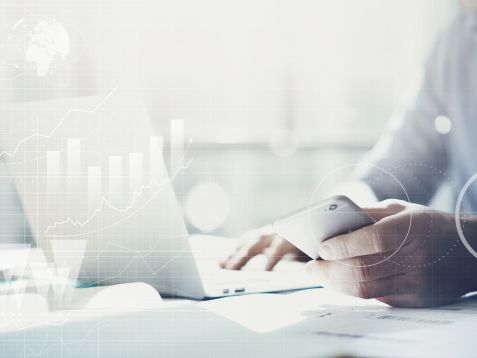 Advertisers in Central-Eastern Europe broadcast a large amount of promotional content online. Who sees online advertisements and clicks on them? The gemiusAdMonitor report, available at www.admonitor.gemius.com provides the answer.

People with secondary education* are the largest groups of Internet users in most countries analysed. The only market with the highest percentage of students and graduates (48 per cent) among Internet users is Ukraine (source: gemiusAdMonitor).

There are nearly as many women as men among Internet users in Central Europe. The only market where the majority of Internet users are men is Turkey, where men represent 58 per cent of web users. Conversely, the Internet in Slovakia is dominated by women who make up 54 per cent of the country’s Internet users.

There is considerably more diversity in the demographic structure of Internet users in particular markets with respect to age. In Turkey, Romania and Ukraine younger people prevail. The percentage of Internet users aged 45+ does not exceed 30 per cent there. Bulgaria, the Czech Republic, Lithuania, Latvia and Hungary, however, are the countries with a higher proportion of web users aged 45+ (between 36 and 38 per cent).

The socio-demographic profile of the advertising audience and the people who click on ads in particular markets reflects the structure of the Internet user population. 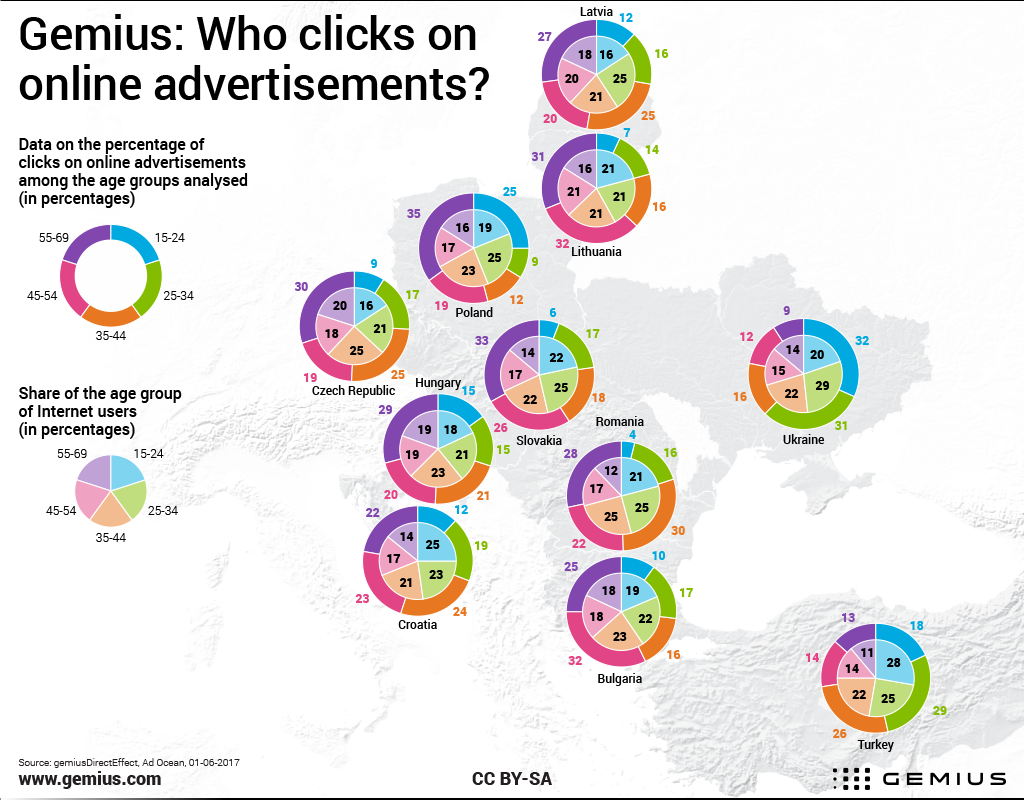 Advertisements for the mature

Data from the gemiusAdMonitor report confirm that in most countries fewer advertisements are broadcast to people aged 15–24 in comparison to the percentage of this group among Internet users. The biggest difference in this regard is in Croatia (5 percentage points) and Latvia (4 percentage points), where this group is especially underestimated by advertisers. The exception to this rule is Ukraine, where people aged 45–69 view less advertisements.

In most markets, people aged 45–54 and 55–69 click on online advertisements more frequently than younger users. The exception is Ukraine, where the youngest users (aged 15–24) are more willing to click on advertisements, and Turkey, where people aged 25–44 click on ads very frequently. Also in Turkey, the percentage of men clicking on ads (64 per cent) is considerably higher than the percentage of men in the advertising audience (61 per cent).

─ The demographic analysis results included in the report point to the ratio of clicks to user age. In the 55–69 age range, the number of clicks with actual views is much higher than in the 25–34 age group, where it is completely the opposite, comments Paweł Brzozowski, Traffic Manager, Operations & Technology at Amnet. ─ This may be due to the greater susceptibility of older people to clickbait: a phenomenon commonly used by horizontal portals, that is the presence of message headers that cunningly encourages users to click. Increased click-throughs are welcomed by publishers because their statistics grow. Nevertheless, this is not necessarily a positive phenomenon for our parents or grandparents. Indeed, very often the result they get after clicking on a given content is not the one they expected. Taking into consideration the above, we should consider the level of Internet education among less aware, older users ─ adds Brzozowski.

The Gemius Report – gemiusAdMonitor – presents detailed information on Internet advertising in 13 countries of Central and Eastern Europe (Bulgaria, Croatia, the Czech Republic, Estonia, Lithuania, Latvia, Moldova, Poland, Romania, Slovakia, Turkey, Ukraine and Hungary). It contains information on online advertising trends, the effectiveness of particular forms of advertising, rankings of the most popular advertising formats, as well as profiles of Internet users who have contact with online advertising, using desktop computers. The most recent data for the first half of 2017 are available at www.admonitor.gemius.com.