What effect does Brexit have on the online advertising market? 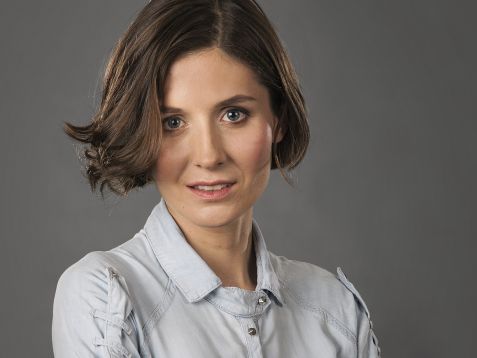 We can expect confusion, uncertainty and reorganisation. And none of this is conducive to making decisions about new, bold investments. Let’s take media houses. The majority of them have their European centres in London, as do many international businesses. Will companies be moving their London offices to Amsterdam or Dublin? Marta Sułkiewicz from Gemius answers the question what effect does Brexit have on the online advertising market.

When I read on Friday morning of the surprising result of the British referendum, I instinctively checked the EUR/PLN exchange rate to see how much more I’ll be paying for my holiday scheduled in July. I didn’t consider the effect on the online advertising market in Poland. Because, for now, thinking of the longer perspective is like rubbing a crystal ball.

But we can certainly imagine a catastrophic prospect.

The greatest impact on advertising expenditure will be made by macroeconomic factors. If the złoty is weak, TVs, cars and smartphones will be more expensive and we will buy fewer German, French, American and Japanese products, which will affect manufacturers’ revenues. And the first step that the majority of them will take is to reduce their advertising budget. Moreover, it’s not just foreign companies that could be affected – those with mortgages in Swiss francs will pay higher instalments. Fuel will be more expensive. In short, your average Joe will have less to spend. The entire advertising market will take a hit. It’s hard to say whether it will be felt equally – perhaps the digital market, widely thought of as highly effective, will suffer relatively little. But of course this all depends on the PLN exchange rate, which may, after the initial panic, return to its previous level.

Apart from the macro factors, in particular foreign currency issues, I see another major change in the market. We can expect confusion, uncertainty and reorganisation. And none of this is conducive to making decisions about new, bold investments. Let’s take media houses. The majority of them have their European centres in London, as do many international businesses. What will their organisational structure look like after the UK’s exit from the EU? Many Europeans, including Poles, work there thanks to a united Europe. Europe-wide projects are conducted thanks to uniform legislation. Will companies be moving their London offices to Amsterdam or Dublin? I asked a colleague who works in PR for Sony Europe in their London office. I received an official statement that they will keep doing what they are doing, regardless of the circumstances.

However, this is the official PR statement – no need to expect excessive sincerity. One thing is certain – the atmosphere of uncertainty and confusion will certainly have a negative impact on advertising spending. I wouldn’t yet write about it on the scale of Mat Baxter – Global Chief Strategy & Creative Officer at IPG Mediabrands – who coined the term ‘Adxit’. After all, for the time being, it is not known what form Britain’s split from the European Union will take – perhaps, at the risk of rupturing the United Kingdom, the British will back out of Brexit. The whole exit procedure will also take a couple of years. Nothing will happen from day to day, and the British are still formally in the EU. Still, I’d have felt much more comfortable in this market if the result of the referendum had been different.