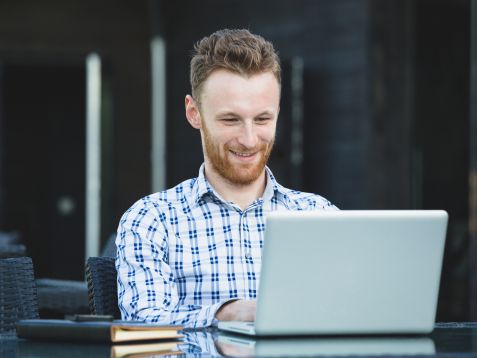 More than 3 per cent of internet users visit online automotive shops in the space of one month. Internet users visit these shops most frequently in April and October. They are visited by significantly more men than women. Find out more from the Gemius infographic.

Gemius decided to take a look at online automotive shops. The research was based on data from internet users in the so-called commercial group – those aged between 16 and 49. It turned out that in 2014 the analysed websites reached an average of 3.3 per cent of internet users.

Most popular in April and October

Data from the last five years shows that online automotive shops enjoy increased popularity in April and October. This result might be influenced by the fact that most of the analysed online shops offer tyres.

Automotive shops that operate online are much more popular among men than among women. More than six out of ten visitors (62 per cent) are male internet users, while female internet users comprise 38 per cent of the users of automotive online shops. 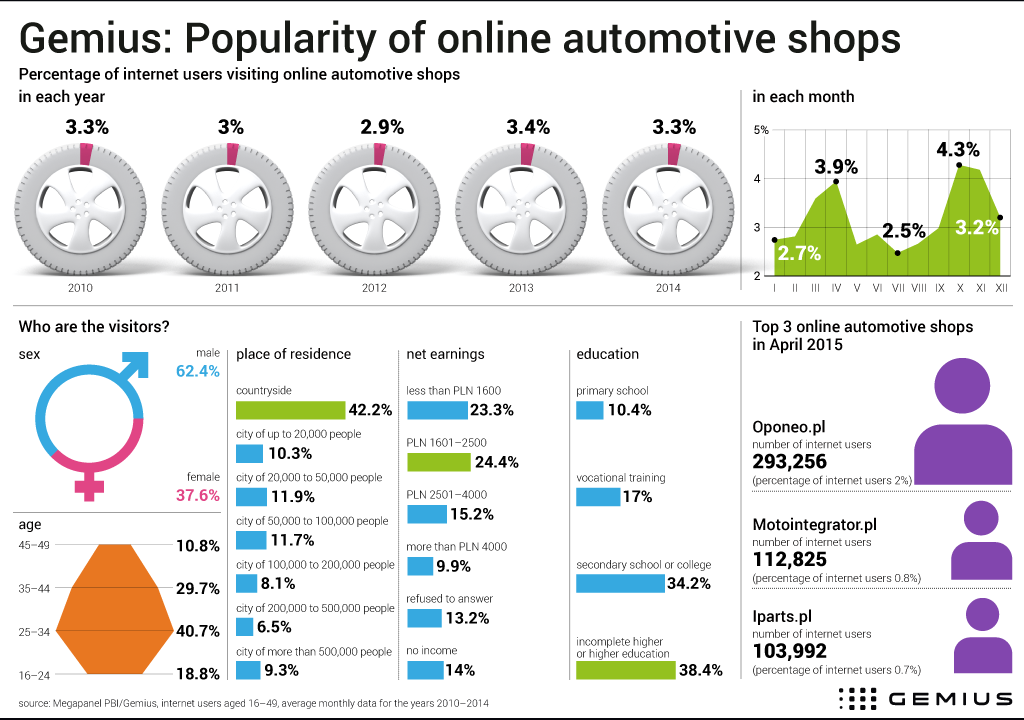 *The analysis covered only those websites from a list of 'Automotive shops', which gives the most visited online shops of this type. The analysis did not include data on auction services. For the online shops to be included in the Megapanel PBI/Gemius, they had to be visited by at least 45 internet users from the research panel in the space of a month. 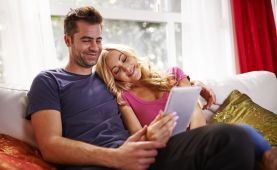