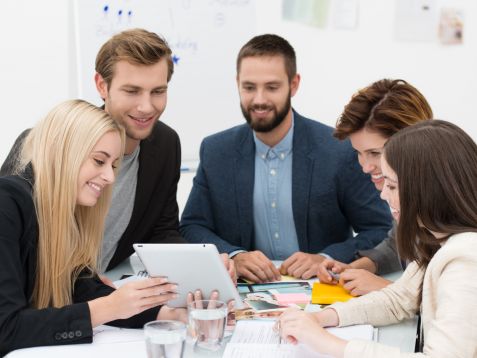 Video ads are most popular in Ukraine, Poland and the Czech Republic – Gemius research on advertising activities in CEE suggests.

It turns out that Ukrainian advertisers are the ones most keen on video creatives: in the analyzed period, three-quarters of the displayed campaigns made use of this advertising format. Significant interest in video ads is also noted on the Polish and Czech markets, where in the second half of the year video formats were used in a quarter of campaigns. With results around the average value for the Central and East Europe region came such countries as: Lithuania, Slovakia and Hungary.

Tamas Acs, Gemius expert in digital advertising, emphasizes that on average 10,6 proc. of the campaigns in the CEE region already use preroll and 9 proc. use video banner formats which shows the relative importance of these formats. 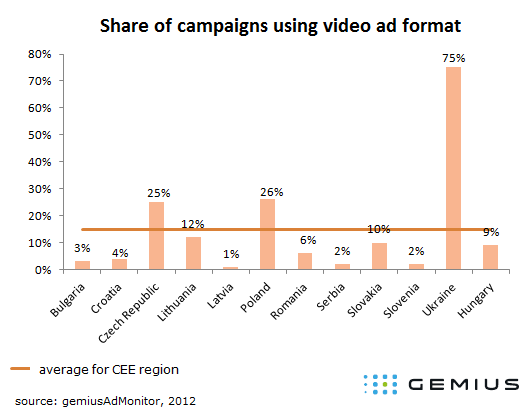 On the other hand, a lower share of video creatives in campaigns run in that studied period was observed in Romania, Croatia and Bulgaria. The format in question was least popular among advertisers in Serbia, Slovenia and Latvia.