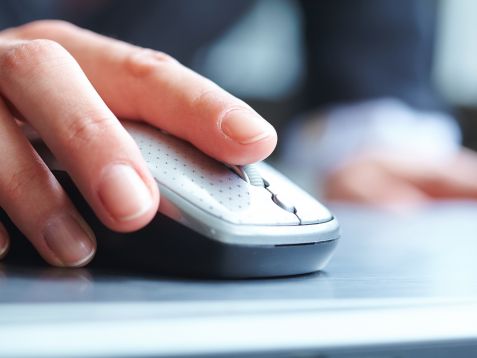 The subject of every fourth e-advert in Poland is the telecom industry, yet the Polish internet users most frequently click creatives related to leisure activities. The highest average CTR was noted for Ukraine and Poland – the recently published Gemius AdMonitor report on advertising activities in CEE suggests.

Telecommunication, finance and trade – the research shows – are the branches that displayed the largest share of online ads within the analysed period. In eleven out of the twelve measured states, it was the companies operating in these sectors that advertised most intensively. Advertisements concerning telecom services accounted for the largest percentage share of campaigns run in Slovakia, Hungary (28 per cent in each) and Poland (25 per cent). In turn, ads related to financial, insurance and brokerage matters were in majority in Slovenia (35 per cent), the Czech Republic (36 per cent) and Croatia (24 per cent). In Lithuania, Romania, Ukraine and Latvia, however, the largest share in the total number of all displayed ads was recorded for the trade category. These accounted for 19 per cent on the Lithuanian and Romanian markets and 17 per cent on the Latvian market. Some large percentage of ads in Lithuania was generated also by organisations promoting products and services from the 'leisure' category (19 per cent), and in Bulgaria by companies advertising household goods, furniture and decorative products (14 per cent).

It turns out, however, that a large number of displays does not always stand for a high clickability rates for an ad. Hungarians and Poles most often clicked on advertisements in the 'leisure' category, Latvians and Slovaks on telecom companies' creatives, whereas Croatians, Czechs and Bulgarians on creatives concerning clothes and accessories, Lithuanians on travel, tourism, hotels and restaurants, Romanians on offers in the 'retail' category, and Slovenians on ads of household goods.

The study also allows to conclude that the highest average CTR – i.e. the mean ratio of number of displays to number of clicks (Average Click Through Rate) – was noted in Ukraine. In that country, the average clickability indicator in the second half of the year 2012 reached the value of 1.15 per cent. In practice this means that one thousand displays of an ad led to 11.5 clicks on average. High average CTR results were also noted in Poland (0.62 per cent) and Slovakia (0.58 per cent). Further down the list came: Croatia (0.45 per cent), Bulgaria (0.39 per cent), the Czech Republic (0.38 per cent), Latvia (0.35 per cent), Lithuania and Slovenia (0.30 per cent each), Romania (0.29 per cent) and Hungary (0.28 per cent).

Tamas Acs, Gemius expert in digital advertising, emphasizes that one of the most interesting conclusions from the data is the difference that may be observed between the average CTR recorded in Ukraine and in the rest of the markets. "According to our measurement, this is mainly because of the extremely big interest in rich media advertisements among Ukrainians. This proves that advanced rich media capabilities provided by Gemius helps our clients in improving their effectiveness" comments Acs.