Ukraine: who watches films online and where? 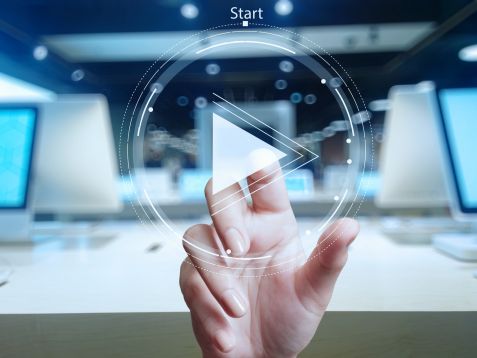 In October, 42 per cent of Ukrainian PC internet users visited a movie site. They most frequently visit Kinogo.co, with 23.4 per cent of internet users, Ex.ua, with 15.9 per cent and Megogo.net at 12.1 per cent. Find out more with the latest online measurement from Gemius.

Online film sites are visited by 7.6 million Ukrainian PC internet users monthly, making 41.7 per cent of the country’s web users (source: gemiusAudience). They most frequently view the Kinogo.co site, which hosts 4.3 million people (23.4 per cent). Second place goes to the site Ex.ua, which 2.9 million internet users visited in October (15.9 per cent). The next three sites in the Ukrainian rankings are Megogo.net with 2.2 million (12.1 per cent), My-hit.org with 2 million (10.8 per cent) and Seasonvar.ru with 1.6 million (8.7 per cent). 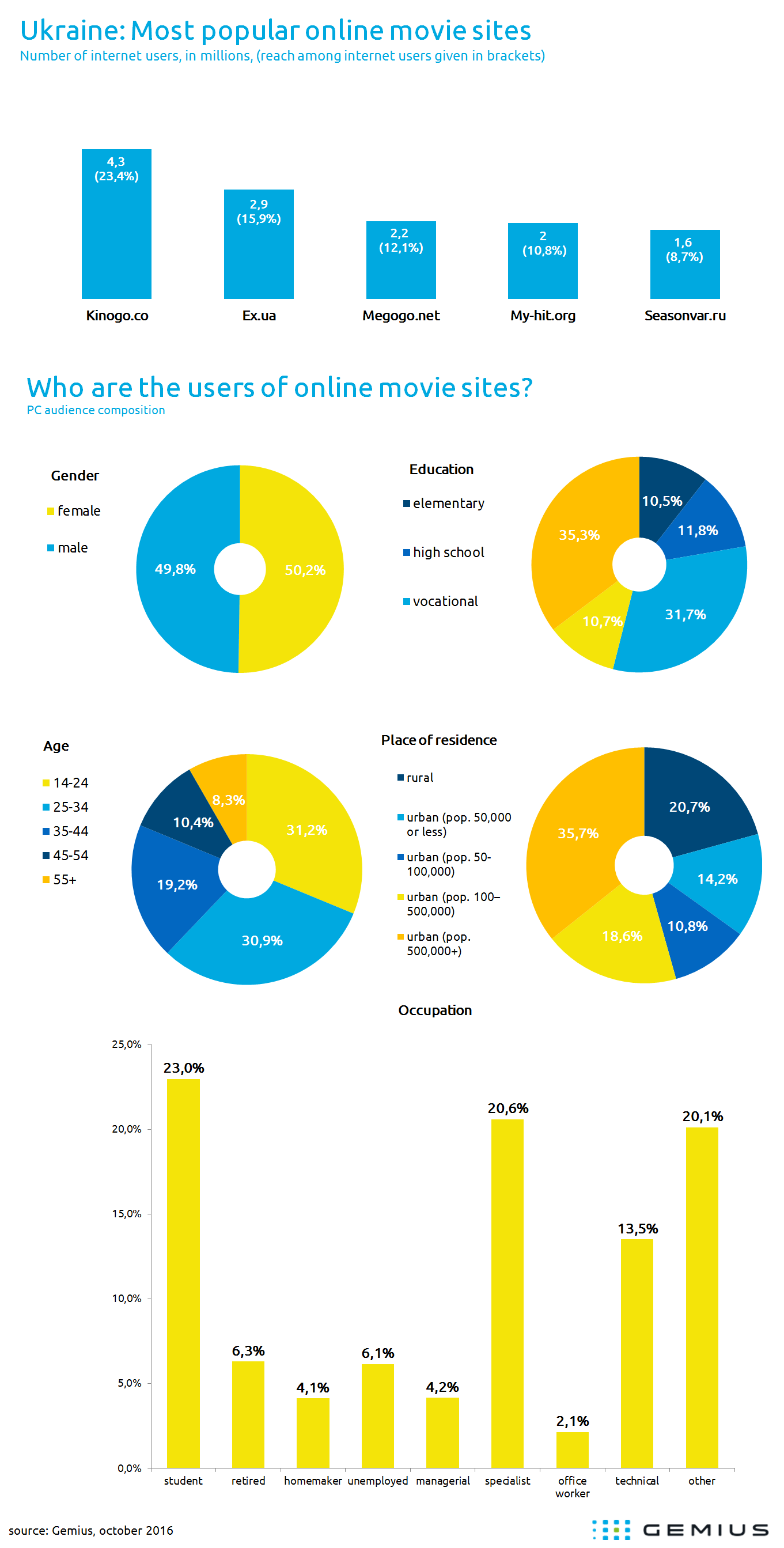 Young urbanites at the screen

A precise analysis of the profile of Ukrainians on movie sites reveals that they are primarily young: 62.1 per cent are between 14 and 34 years old. The share of the subsequent age groups in the pool of these sites’ viewers is decidedly lower: those in the 35–44 age group comprise 19.2 per cent, while the 45–54s make up 10.4 per cent and the oldest studied group, the over-55s, represents 8.3 per cent. Among the fans of online film consumption, city-dwelling internet users certainly dominate: the most numerous group (of 35.7 per cent) is of computer users from cities above half a million inhabitants, although rural users also represent a considerable proportion, at 20.7 per cent. Those from towns of between 100 and 500 thousand inhabitants make the third largest group, at 18.6 per cent. Movie site visitors are almost perfectly even in their gender balance, with men at 49.8 per cent and women at 50.2.

Entertainment for the educated classes?

As it turns out from the Gemius study, the largest group watching online movies is those with university degrees: 35.3 per cent of the audience for movie sites are post-graduates. One in five internet users is employed in a specialist position, and one in four is a student.