Ukraine through the prism of social media – what are the leading portals and who uses them? 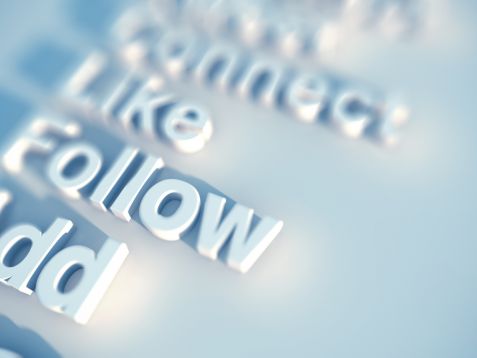 The preferences of social media users in Ukraine correlate strongly with the country’s geopolitical situation. How? Check out the ranking prepared by Gemius.

Among the top five most popular social media platforms in Ukraine, influences from the Russian market are more pronounced than those from western countries (gemiusAudience). Three Russian-based portals show up here – My.mail.ru, Ok.ru and Vk.com. The last one, being the Russian equivalent of Facebook, is the leader of the pack. Vk.com is used by 70 per cent of Ukrainian internet users – nearly 25 per cent more than Facebook.com, which takes second place in the ranking. Another western platform, Twitter.com, is found in fifth place and is used by nearly 14 per cent of internet users.

Among Ukrainian internet users, slightly more women use Russian-based portals – Ok.ru, which allows the renewal of school friendships, stands out with a user structure of over 60 per cent women.

The factor that shows the least differentiation for preferred social media in Ukraine is user age. Only when comparing Vk.com and its competitor, Facebook.com, can a small lean towards older users been seen for the latter. 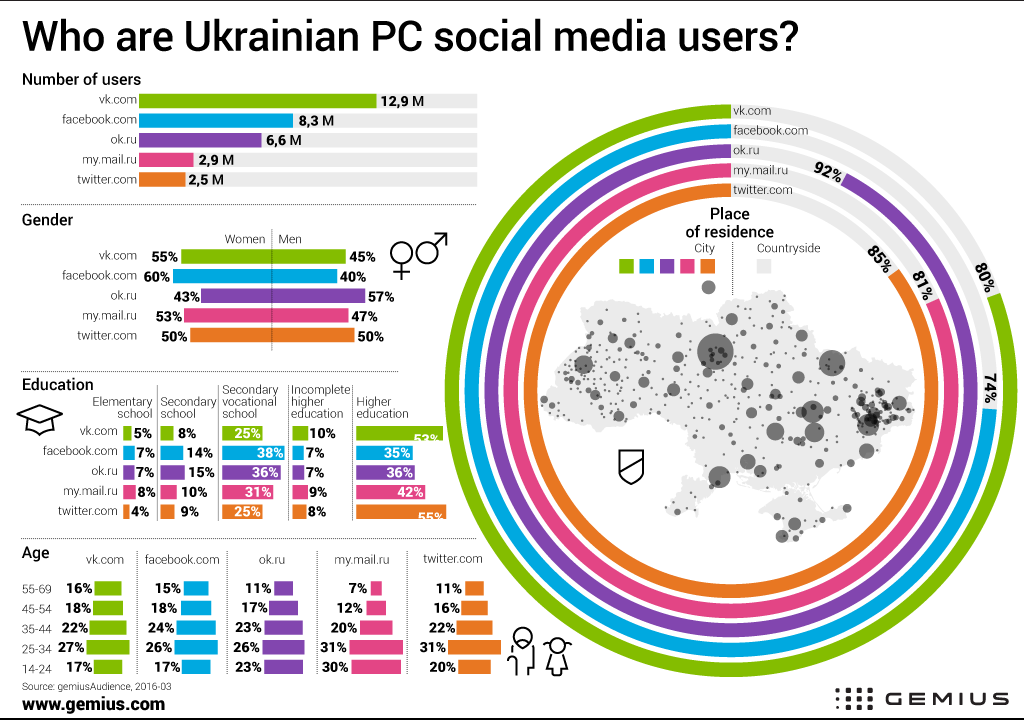