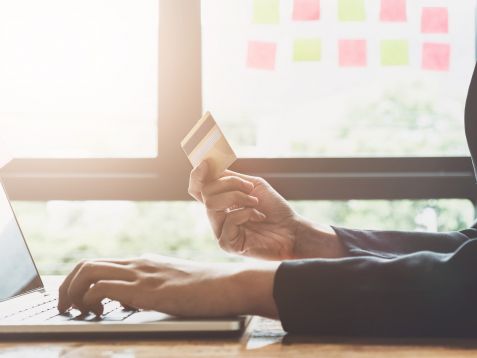 So far in 2017, ecommerce websites in Ukraine were most popular in the months of July and August. During these months, they were visited by 73.2 percent and 72.6 percent of internet users. January, on the other hand, was the weakest month in terms of the number of users with only 69.8 percent. Who and when visited online shops over the past eight months? To find out, take a look at the analysis prepared by Gemius.

The reach of ecommerce websites among Ukrainian internet users in January 2017 was 69.8 percent (source: gemiusAudience, January-August 2017). The popularity of ecommerce websites started to grow in February 2017 (71.8 percent). A lower interest in shopping websites among internet users was recorded in April (70.3 percent) and June (70.8 percent). With 72.6 percent, August was the best month in terms of the number of users. In the analysed period, ecommerce websites enjoyed equal popularity among both women and men. The split was 51.6 for female and 49.4 for male visitors. 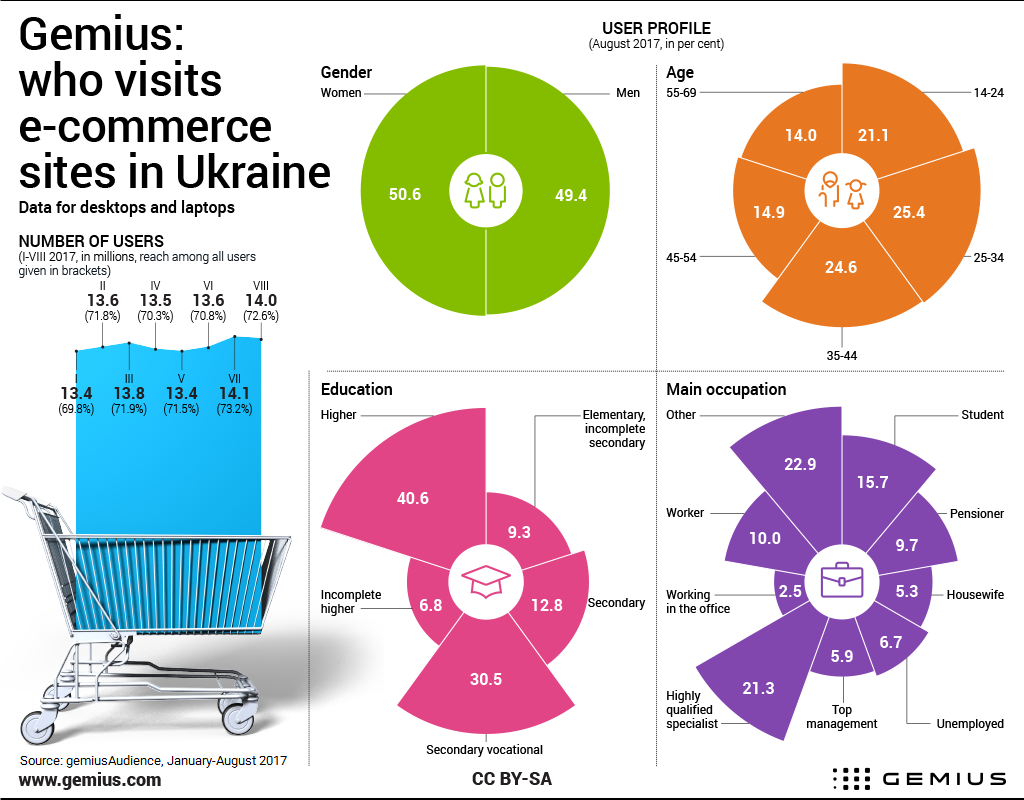 Gemius data show that online shopping websites broadly attract people with higher education. In August 2017, this group accounted for 40.6 percent of users accessing ecommerce websites. It also turns out that these websites are the least popular among Ukrainian internet users with incomplete higher education: last month, they accounted for only 6.7 percent of visitors to ecommerce websites.