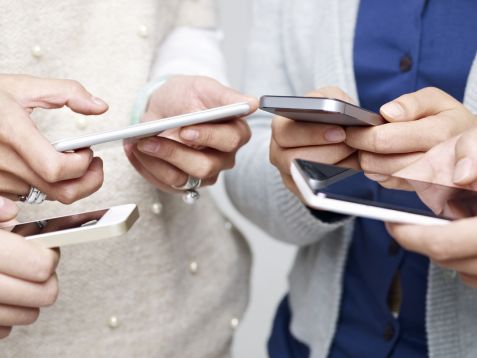 Almost six million (14 per cent) Ukrainian inhabitants connect to the Internet via their smartphones. Who favours this technology and which device brands are the most commonly used to surf the Internet? Gemius publishes the latest data on the topic.

According to a Gemius study, people aged 14-34 make up 75 per cent of all internet users who connect to the Internet via smartphone-type mobile devices. The majority of them are well-educated – more than half of this group are students or graduates of higher education.

The most domestic website views are made using Apple mobile devices. Apple smartphones are used by 38 per cent of those studied. Samsung (26 per cent) and Nokia (9 per cent) came in second and third in the Gemius ranking. 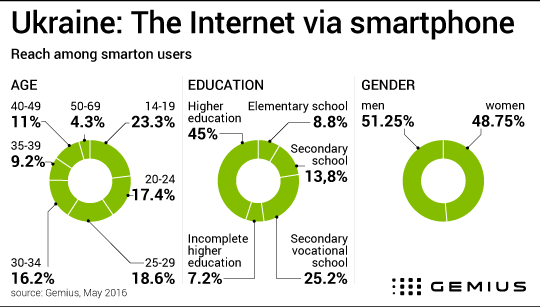 The studies were conducted in May 2016, based on websites using cookies. The studies apply to mobile devices with a screen diameter of 3-6”.