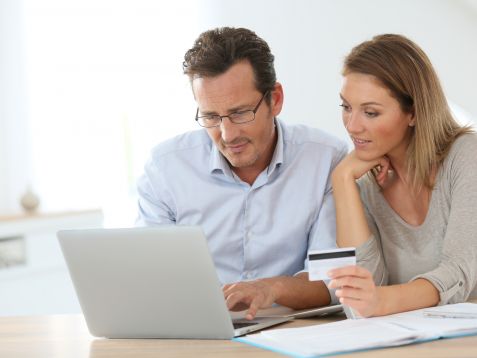 From a wide range of products and services available in e-commerce, clothes and accessories were recently the most frequently purchased products by Ukrainians (59 per cent of online shoppers). The least popular products purchased on the Internet were collector's items such as stamps and works of art (6 per cent) (source: gemiusAdHoc).

According to the study conducted in September-Ocnobr 2017, nearly two-thirds of Ukrainian e-customers (59 per cent) decided to buy clothes on the Internet. The other top frequently purchased products were: household appliances (57 per cent), smartphones and tablets (57 per cent), travel tickets (54 per cent), as well as computer equipment (51 per cent). 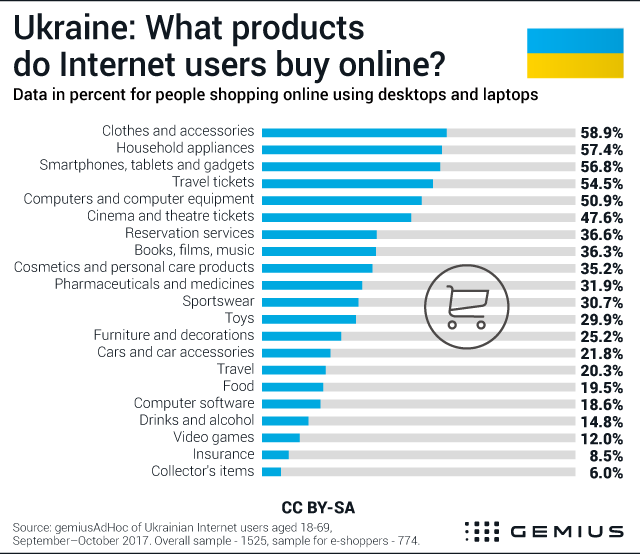 Just over one-third of online shoppers (35 per cent) bought cosmetics. Medicines were just as attractive (31 per cent). Toys and furniture were purchased by 29 and 26 per cent of e-customers respectively. Nearly one-fourth of online shoppers decided to buy food products (20 per cent).

The least frequently purchased products and services, bought by less than 10 per cent of e-customers, were insurance (8 per cent) and collector's items (6 per cent).

Gemius analysed data from gemiusAdHoc research of Ukrainian Internet users aged 18-69, using PC. The study was conducted by an online survey in the pop-up format inSeptember and October 2017. Overall sample - 1525, sample for e-shoppers - 774. 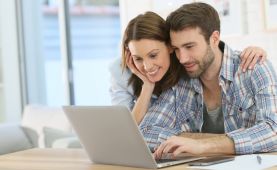 Ukraine: the most popular domestic websites