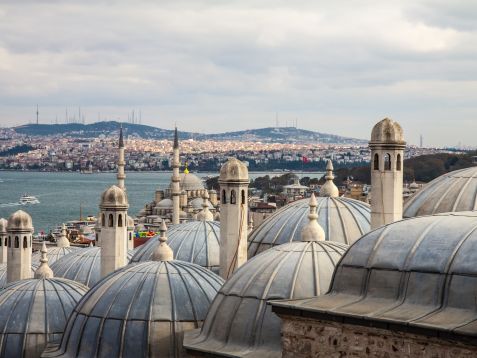 Hurriyet.com.tr, Sahibinden.com and Izlesene.com are among the most visited websites in Turkey.Read on to learn more about the 10 websites that enjoy the most popularity on the Turkish internet.

The most popular websites in Turkey are those of American origin. In February 2015, Google.com was visited by 96 per cent Turkish internet users, Facebook – 83 per cent, and YouTube – 68 per cent.

Hurriyet.com.tr and Sahibinden.com browsed by every third internet user

In February 2015, three Turkish websites entered the list of top 10 most popular internet domains. Hurriyet.com.tr, one of the leading online news services, was browsed by every third internet user (33 per cent). Sahibinden.com, a Turkish auction site, has reached a similar percentage (32 per cent). The third most popular website, Izlesene.com, a Turkish video and music-sharing portal, was visited by a quarter of internet users (25 per cent). 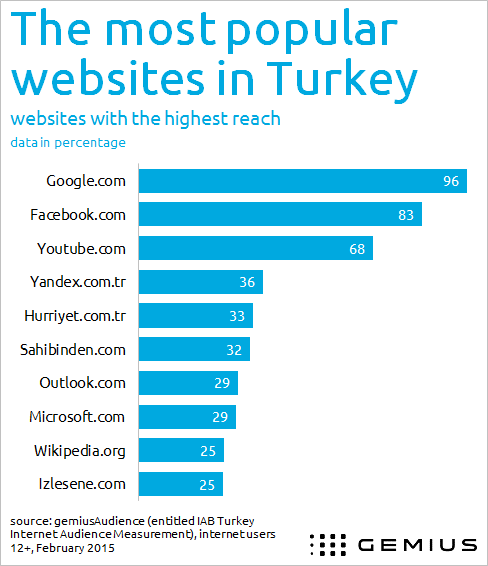 Google.com and Facebook.com most time consuming

Google.com and Facebook.com were the websites where Turkish internet users spent most of their time – on average, 8 hours every month. In turn, Sahibinden.com had the most page views per month (on average, 357 page views per visitor).

The data comes from an international research project conducted by Gemius in over 30 countries in Europe, the Middle East and North Africa (gemiusAudience). It aims to determine the number and demographic profile of internet users and to learn about the ways in which they use the net: websites, audio and video material, or applications. The research is carried out in compliance with the international code of conduct ICC/ESOMAR. In Turkey, the data is gathered from IAB Turkey Internet Audience Measurement Study. 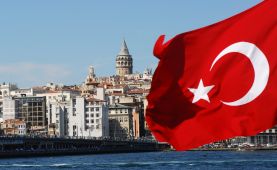