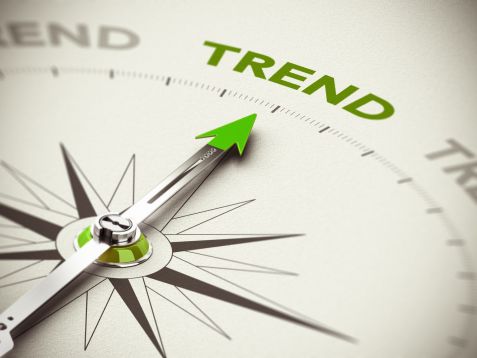 Nearly all network users in Russia (67 m out of 70 m persons) visit websites offering search tools. The largest Russian search engine, Yandex.ru, is the choice of eight in every ten online audience members (57 m). Slightly less visitors are attracted by Mail.ru (56.3 m), a portal providing e-mail services apart from a search engine. The local search engines top list ends with Rambler.ru, which is visited by every sixth internet user in Russia (12.7 m).

Such impressive popularity of the local search engines is commented by Jadwiga Rogoża, an analyst specializing in Russian issues at the Centre for Eastern Studies (OSW):

“Russians have opted for their local search engines – adapted to the language, habits and needs – for years. These websites, like Mail.ru, often render a broad range of other services: mailbox, social networking tab, sub-pages with humorous content, TV and cinema programs, etc - says Jadwiga Rogoża".

Compared to last year, there’s been an increased interest in the search engine provided by the American competitor – Google. One year ago, it was used by five in ten runet users (54 per cent), and now it’s almost seven out of ten (67 per cent). Contrasted with June 2013 (17 per cent), the search engine Ask.com has suffered some loss in its audience (9 per cent). Why Russians are more eager to use the western solutions? According to Jadwiga Rogoża, the progressing politicization of the web may sway some of the “enlightened” internet users to choose websites that are free of censorship.

Social media are in

The analyses allow to conclude that almost 85 per cent of internet users in Russia visit social networking websites (59 m). The American Facebook is used by three out of ten members of the runet population (20 m), while the similar service called VKontakte – by seven in ten online individuals (49.7 m). Furthermore, over a half of the Russian internet users visit Odnoklassniki.ru (37.8 m).

Every sixth runet user visits the blogging platform Livejournal.com (11.4 m) at least once a month, and every seventh – Twitter (9.7 m) or Liveinternet.ru (9.6 m). Instagram enjoys the attention of every tenth Russian user (7.8 m). Similar result has been noted for the dating service Fotostrana.ru (6.9 m).

Cutting edge technology on the rise

Websites dealing with IT and mobile telephony have noted the largest amount of visitors compared to the analogous period of the previous year. While in June 2013, less than half of the online audience entered these websites (45 per cent), at present (June 2014) they are used by six in every ten online individuals.

Moreover, one in every eight internet users in Russia visit corporate websites of the country’s largest mobile operators. The largest audience was recorded on the platform Mts.ru (8.4 m), which belongs to Mobile TeleSystem, and the website Megafon.ru (8.2 m), featuring the service offer by MegaFon.

Enjoyable pastime activities are also the subject attracting a growing number of runet population (61 per cent), compared to the previous year (54 per cent). Over a half of internet users visit YouTube (38 m), and the film catalogue Kinopoisk.ru – is browsed by every seventh (9.6 m).

Among the online Russians, the most popular online location is a file exchange website – Rutracker.org (7.8 m), the VoD service Zoomby.ru (6.6 m) and a portal with music files – Muzofon.com (6.4 m).

It also turns out that news websites are viewed by almost a half of Russian internet users (53 per cent). One year ago, in the analogous period, such services were slightly less popular (50 per cent).

The greatest user interest in this category was noted for the weather forecast portal Gismeteo.ru. A quarter of Russian online population (18.7 m) visit the site. Every sixth web user entered the government agency website Ria.ru (11.3 m), and a business news portal called Rbc.ru (9.9 m). The online version of the government newspaper Rossiyskaya Gazeta, Rg.ru, enjoys visits paid by 13 per cent of runet users (9.2 m). Only a slightly smaller group of users browse news on Lenta.ru (8.8 m), Kp.ru and Vesti.ru (8.7 m each). The ranking list of the forty most popular websites in Russia closes with Gazeta.ru (6.3 m).

Online shopping on a decline

The analysis also shows that auction services are visited by exactly a half of runet users, but it must be noted that the share of e-shoppers was higher last year (54 per cent). Every third internet user in Russia visits Avito.ru (22.8 m), one in five – Aliexpress.com (14 m), and every eighth – Irr.ru (9 m). Other popular sites are Tiu.ru (8.1 m) and Ozon.ru (7.3 m).

The free-of-charge online encyclopedia, Wikipedia.org, is browsed by one-third of runet population (24.7 m), and the website run by the Russia’s biggest bank, Sberbank.ru, by one-fifth of Russian internet users (14 m).