December is an intensive time for advertisers, who double their efforts trying to grab their potential clients’ attention and simultaneously find the way into their pockets knowing this is a time of the year they are most ready to spend. Gemius analysed how different industries made use of video advertising during this special time of the year.

Trade & Media industries on the top

In the midst of the holiday gift-giving season, it is hardly a surprise that the trade industry landed in the TOP 3 in rankings in all AdReal-measured countries, with Russia being the only exception to the rule. Media, books, CD & DVD is also very much present in all markets’ TOP 3. This tendency clearly confirms the marketers’ thorough preparation for their Christmas campaigning and promoting the products that were most likely to be found under the christmas tree, i.e books, movies, CDs. Only Russia and Ukraine diverge from the rest in their national rankings, which, most probably results from the fact that in both countries Christmas season does not really start till January. 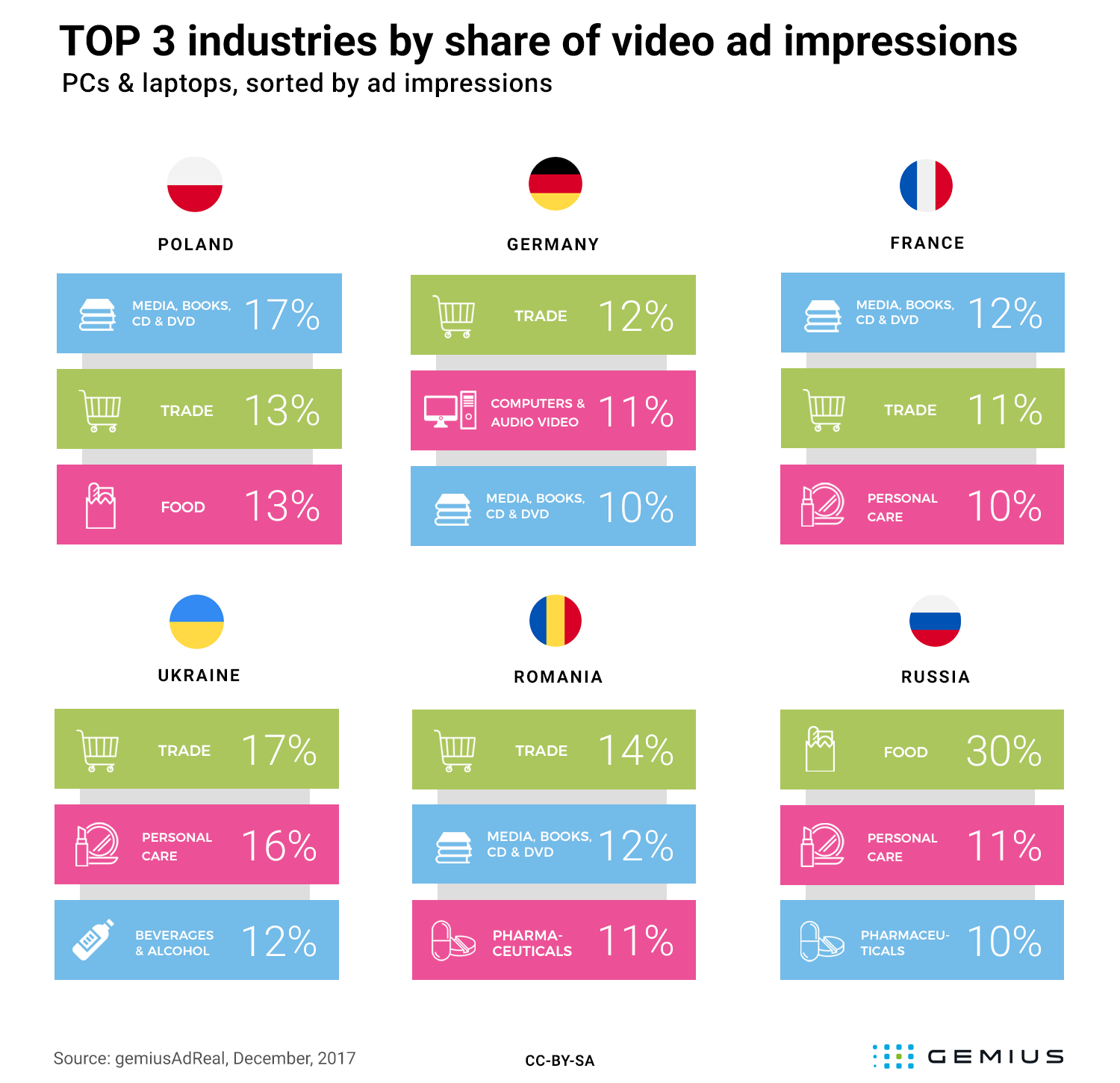 YouTube’s strong presence on all markets

YouTube is continuingly perceived as a great way to reach potential customers for nearly any business and, unsurprisingly, it plays a massive role in brands’ video advertising plans. In December, between 20 per cent of all video impressions (Romania) up to almost 50 per cent (Ukraine) have been generated on YouTube. In France, however, YouTube’s share in impressions was as low as 10 per cent, manifesting, once again, the highly fragmented character of this market.

Facebook holds its position as a second best social media platform generating most video impressions in December, 2017. The actual percentage fluctuates between countries, from 17 per cent in Germany up to 35 per cent in Romania. The gap, again, is easily noticeable on the Eastern markets of Ukraine and Russia, where Facebook is not that popular among users compared to the domestic social networking services such as VKontakte. In Ukraine, Facebook’s share of impressions was finally accounted to roughly 5 per cent, and in Russia the total number was as low as 0.4 per cent. 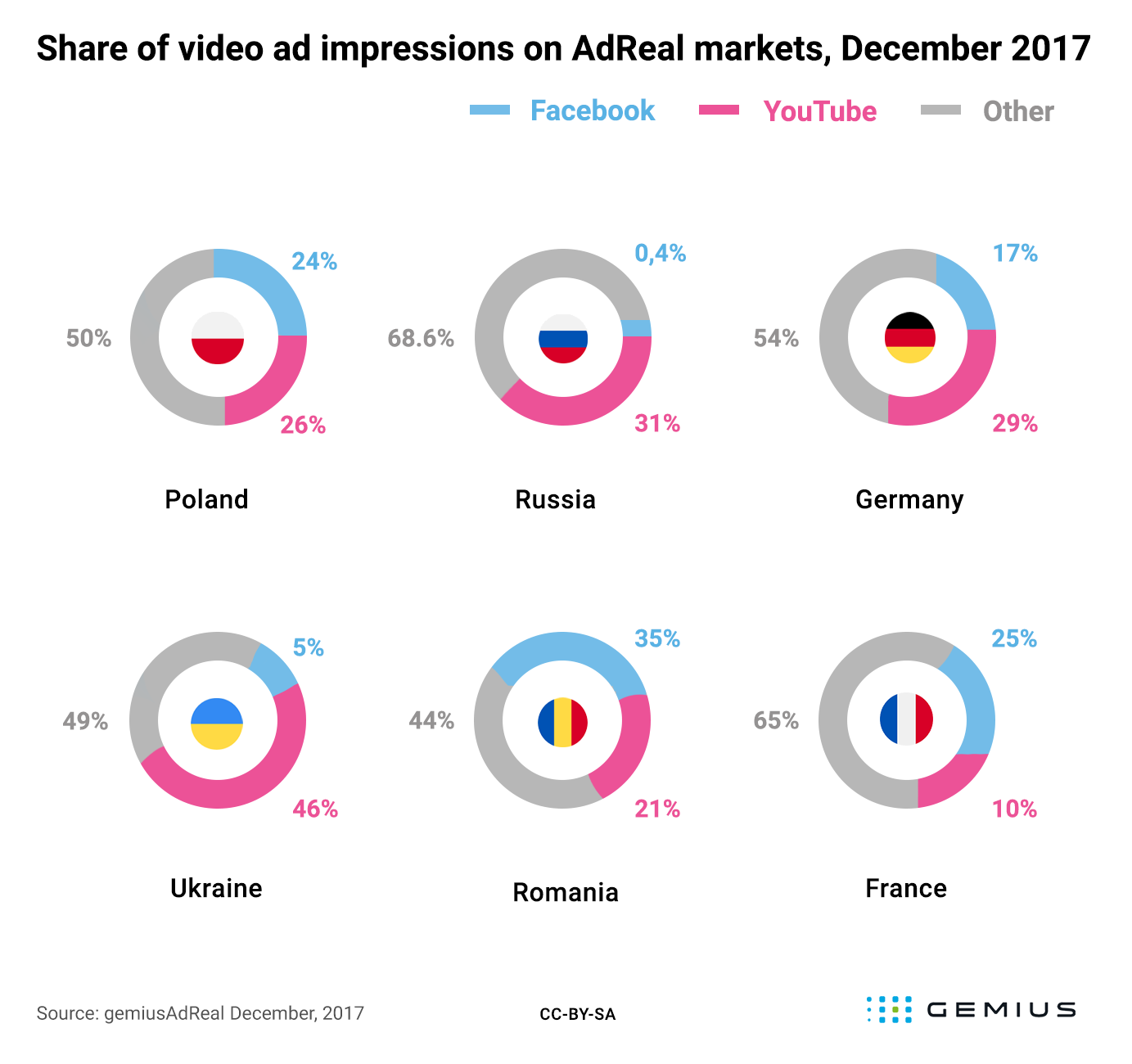