The TOP8 most inspiring Christmas ads 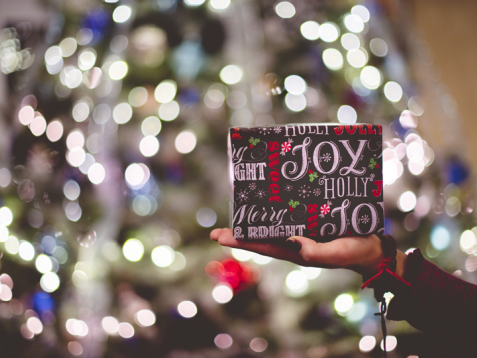 Who works harder than Santa’s elves during the Christmas season? Marketers, trying to outperform themselves year by year and think of the best ways to get into our hearts, and - by extension - our wallets in the most creative and indirect of ways. Gemius reviewed Christmas-themed video ads on several European markets to see which brands had the most moving or inspiring stories to tell during the holiday season.

Christmas advertising for some time now is not merely about putting your brand’s logo everywhere possible and selling a particular product. It is about building your brand’s identity and awareness as „emotional” and „humane”, sharing a story that will move our heartstrings and melt our hearts in this „most wonderful time of the year”. Storytelling has become an incredibly big part in brands’ Christmas marketing strategies.

1.Penny Markt, „No matter how tough the road seems to be…, it is Christmas”

In Germany, Penny Markt, in a brilliantly sharp metaphor, illustrates a woman’s incredibly hard path towards the reunion with the one she loves and cares for. Summed up with a slogan „No matter how tough the road seems to be…, it is Christmas” Penny Markt brings to the table a moving lesson on reconciliation. The advertisement in the first week of broadcast (beginning of November), mostly on YouTube, reached 3.5 million real users, scored almost 9 million of impressions, with a viewability rate on the level of 63 per cent and with viewability time of almost 16.5 seconds.

2.Łowicz, “Who will you thank with a Łowicz breakfast?”

Łowicz, a food products giant in Poland targets an inspiring campaign that, at least at first glance,  does not centre around stereotypical Christmas themes, but its main message is, to be able to say thank you. The ad is narrated by three people working night shifts who list the main challenges they have to face because of the specific environment and times they have to work in. At the end, they are gifted big breakfast baskets in appreciation for they service; the ad ends with a question “Who will you thank with a Łowicz breakfast?”. In the first week of December the ad reached around 3.5 million real users and generated 13 million impressions. Broadcast only on YouTube, its viewability rate was quite high, around 68 per cent, with the average time of 16 seconds.

3.Super U, “Christmas Together”

Super U, a French chain of supermarkets, showed an endearing encounter of an old man shopping late on Christmas Eve with one of the employees, who manages to make Christmas feel less lonely for both of them. After discovering that they have been locked in the store, they transform the incident into an all-night party. The ad’s tagline says “Christmas Together”. Just in the first two days of broadcast (mid-December) the ad reached almost 0.5 million real users and generated around 800 thousand impressions noting viewability time as high as 32 seconds. It was displayed mostly on local publishers’ websites with very successful viewability rate, 80.32 per cent.

4.TEDi, „Miracles do not happen, you create them”

TEDi, a German stationery and gifting supplier presented an advertisement with a tag line „Miracles do not happen, you create them”, focusing again, on the significance of giving, helping out and thinking about others in this special time of the year. The campaign, run on Facebook, YouTube and on the sites of local German publishers simultaneously, in the first week of broadcast (mid-November) managed to reach almost 1 million real users and scored 1.3 million impressions. Its viewability rate can be amounted to 49 per cent with viewability time being almost 31 seconds.

In Poland, IKEA presented a creative showing a family busy with their final preparations for the Christmas dinner. Typically for IKEA, the camera is zooming in on the details. But this time not the furniture or kitchen items, however present, appear to be in its true focus. The narrator underlines all the little things, the innocent gestures, the smiles on people’s faces. The slogansays „This Christmas listen carefully and make more SPACE for love”. Airing as early as in the beginning of November, just in the first week it reached almost 4 million real users only on YouTube, hitting about 12 million impressions. Viewability rate for the advertisement amounted to 71 per cent with average viewability time as long as 12 seconds.

6.Empik, „the most valuable is what’s inside”

Next creative, made by Empik, a Polish chain of multimedia stores, outlines the story of a little boy who, bitter and sad about his father’s disappearance on every Christmas Eve, finally discovers the real reason behind it. This touching and sentimental story conveys the true meaning of Christmas, that is once again summed up in the advertisement’s ending tag line: „the most valuable is what’s inside”. In the first week of the ad’s broadcast (at the end of November) it was seen by almost 1.5 million real users on YouTube and generated about 3 million impressions. The viewability rate for the ad reached almost 87 per cent, with incredibly high viewability time of 30 seconds.

In Romania, Samsung emphasises the value of giving during Christmas, with their short and humours ad showing a bellboy trying his best to exceed the hotel’s guests expectations. In the end he is, indeed, appreciated and given a new Samsung Galaxy. In the background we can hear a song “give a little, get a little love” as he receives his brand new phone. The campaign is branded with “#Giftie” hashtag. Only in the first week of December the ad, displayed on local publishers’ websites, reached almost 300 thousand real users. The viewability rate was 76 per cent and the average viewing time almost 12 seconds.

Intermarché, a chain of French supermarkets, approached the subject from a slightly different perspective, showing Christmas themes in a more humorous way. As two children seem to be really concerned that Santa will not fit into their chimney on the special night, they, out of genuine care, begin the search for healthier options and yes, they actually put Father Christmas on a diet. Along the way, filled with amusingly endearing moments like them offering Santa a massive head of lettuce, or when - instead of leaving him cookies - they choose an artichoke to accompany the traditional glass of milk, the little brother and sister fall in love with culinary arts, also thanks to the fresh and organic produce offered by the French supermarket giant. The ad is concluded with a statement that Intermarché indeed helps you to eat better every day. Airing on Facebook, in the last week of November the creative reached almost 3 million real users and scored about 6.7 million impressions, with viewability rate 53 per cent and viewability time of 7 seconds.