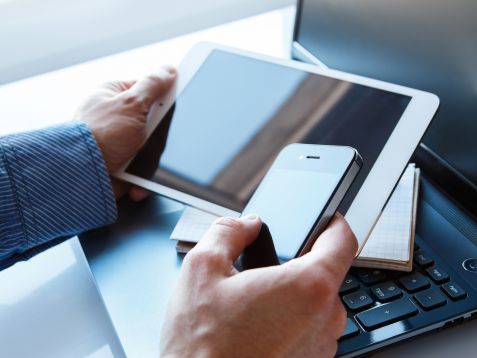 Mobile internet users in Europe browse domestic websites most frequently using Samsung devices. This brand is still far ahead of the second most popular brand, Apple. Check out the Gemius infographic to see the ranking of the most popular manufacturers of mobile devices.

Gemius decided to find out which manufacturers can claim that their mobile devices are used most often by mobile internet users to connect to the Internet. Data was from January 2016 for eight European markets. The ranking is based on the number of views made on domestic websites from different devices (source: gemiusPrism). 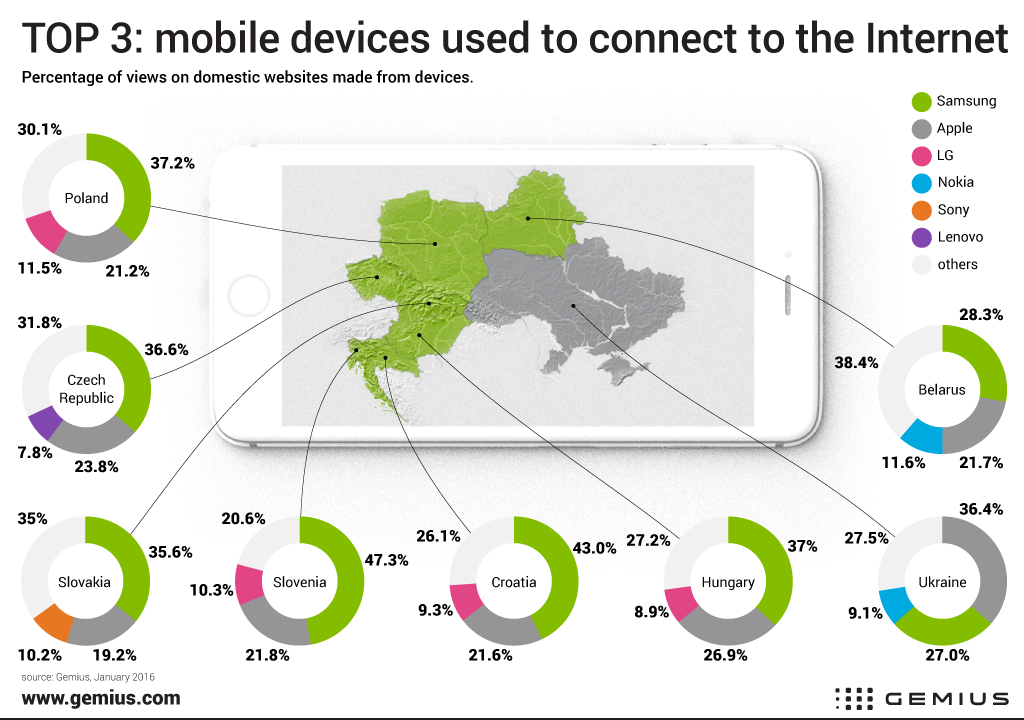 Samsung number one on seven markets

In almost all of the analyzed countries, Samsung was the most popular manufacturer of devices used for internet browsing. The greatest number of website views were made on Samsung devices in Slovenia (47.3 per cent). The only country in which Samsung lost out to the strongest competitor, Apple, was Ukraine. There, Samsung took second place (27 per cent of views).

Apple also maintained a strong position among the mobile device manufacturers. Apple devices reached second place in the ranking of the most used devices in seven European countries. In Ukraine, Apple even beat the leader, Samsung – Apple devices were used there for over 36 per cent of views made on domestic websites. This is the best result for Apple out of all the analyzed countries. 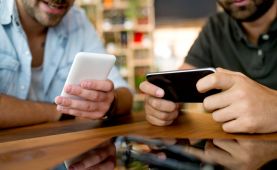