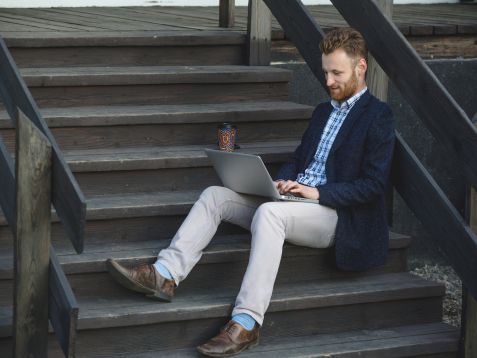 In Poland, Slovakia and Bulgaria online campaigns are the most often clicked. In Poland ad formats, other than the regular banner are more widespread. Gemius has published a report on the most popular online ad forms in the CEE region.

As it may be concluded from the newest gemiusAdMonitor report prepared by Gemius, in Poland, Slovakia and Bulgaria the average CTR is significantly higher than in the remaining countries of the region. Which means that online campaigns note higher clickability (CTR is the number of clicks on an ad divided by the number of display events; e.g. if an ad was noted 5 clicks in 1000 impressions, its CTR amounts to 0.5 per cent, in case of average CTR, the metric shows average of each creative-placement pair).

The data obtained by Gemius for Q2 and Q3 of 2013 show that in Poland the average CTR for online ads is 0.46 per cent, in Slovakia 0.43 per cent, and in Bulgaria 0.42 per cent, while in the Czech Republic it reached only 0.23 per cent, in Hungary and Romania 0.30 per cent, and in Serbia as little as 0.18 per cent (the lowest result in the region). The indicator concerns all ad formats used on the web. The report also presents data for traditional ad banners (display type of different sizes expressed in pixels) and formats such as Rich Media (e.g. video, toplayer, XHTML, wallpaper overlay).

It turns out that a regular banner ad is far less effective compared to other formats, as the latter are much more successful in engaging an internet user in terms of clicks. In this context it is noteworthy that the average CTR for banner ads is higher in Slovakia (0.29 per cent), Poland and Bulgaria (0.25 per cent in each), and a slightly lower in Lithuania (0.23 per cent) and in Croatia (0.22 per cent), but in all other markets of Central and East Europe it records a very low yet even result throughout these countries (0.13 – 0.16 per cent).

"In case of Poland the share of campaigns using rich media is outstanding compared to any other markets. And because usage of rich media formats usually results higher average CTR, Poland is the leader when it comes to click ability as well" comments Tamas Acs, a Gemius expert on internet advertising. "In case of Slovakia the average CTR was absolutely the highest from the analysed markets both for regular banners and rich media which resulted the second highest CTR overall despite of the relatively small share of rich media impressions" ads Acs.

According to Tamas Acs, all these indicators show that, however impressive the potential of non-banner ads is in terms of their effectiveness may be, the banner based campaigns are still the most popular choice in CEE.

The quoted data has been taken from gemiusAdMonitor, a report concerning the most popular advertising formats, industries most often advertising online and trends in mobile advertising among others. The report is based on analysis of online campaigns (gemiusDirectEffect) as well as data obtained with the use of a tool for comprehensive management of ad space (AdOcean). The analysis includes 11 countries of Central and East Europe, i.e. Bulgaria, Croatia, the Czech Republic, Hungary, Lithuania, Latvia, Poland, Romania, Serbia, Slovakia and Slovenia. 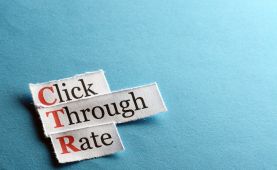