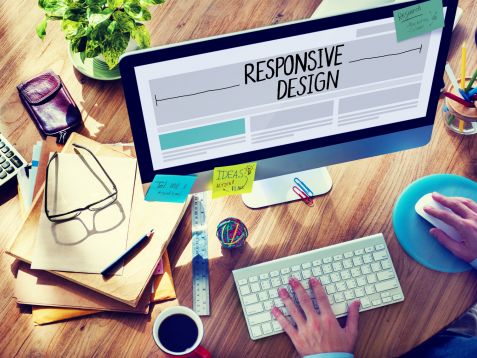 The resolution of screens used by Polish internet population is growing, they also tend to surf the web on their tablets or smartphones more and more often. The trend sets a new standard for website building. How? Two companies, Gemius and Autentika, attempt to answer the question.

Website traffic measurement conducted by Gemius shows that over the last three years the website and online apps design market has seen a number of phenomena worth noticing. Michał Samojlik, the managing partner at Autentika, undertook to sift the most interesting ones. He believes that based on the most recent data analysis, the companies planning to launch a website should already consider the new market reality and consumer needs. Some changes should also be expected by creators of online applications.

First and foremost, there’s been an increase in screen resolution. At present, over 75 per cent of devices used to connect the web are over 1280 px wide. This allowed designers to change the layout building standard. With more space available, messages displayed on websites can be more legible and clear, or quite the contrary – they can accommodate advanced tool interfaces. Having analysed the parameters of devices which are soon going to enter the market, you could predict the trend will prevail and even higher resolutions will be gaining popularity in the ensuing years. This is true for both PCs and mobile devices.

The rising popularity of mobile devices has had a significant effect on day-to-day work at interactive agencies. According to Gemius, in March online traffic generated via smartphones and tables hit as much as 10.5 per cent. This is the reason why website designs that are now in the pipeline or at a conceptual stage should not be limited to large screens only.

The rising popularity of mobile devices has had a significant effect on day-to-day work at interactive agencies. According to Gemius, in March online traffic generated via smartphones and tables hit as much as 10.5 per cent. This is the reason why website designs that are now in the pipeline or at a conceptual stage should not be limited to large screens only. Responsive Web Design, or adjusting an interface to the requirements of mobile devices, comes as standard. And this is not only solely about the graphics or layout. The new trend is a ‘service design’ philosophy, which is a comprehensive approach to services, taking into account the characteristics of the device employed by the user.

The end of the browser nightmare

We, the website designers bid farewell to the older versions of Internet Explorer with no regret. Version six and seven are practically gone. As Gemius data shows, in March both of them generated a meagre 0.4 per cent of traffic. On the other hand, the most recent versions of IE are gaining ground. Version ten has already captured over 2 per cent and IE eleven over 5 per cent of page views. This is good news, as both support CSS3, which brings the browser closer to its market competitors. All seems to suggest that in a few years’ time, only few will remember the IE imperfections that no so long ago were an obstacle to online software development. Less effort is now necessary to ensure that a website looks the same on every browser.

HTML5 and CSS3 to replace Flash

The advancement of internet technologies is one of the reasons why the role of the previously widely popular Adobe Flash Player used to play online multimedia has diminished so much recently. The possibilities offered by HTML5 and CSS3, the languages used to create and display websites, usually facilitate similar effects and provide solutions to the same problems as the technology offered by Adobe did. The fact that HTML5 is supported by Apple, while Flash is not recognised by the Cupertino giant, is of significance too. One decision of the American corporation is a death blow to the once popular technology. Even though the share of devices ready for flash components may still be large, a downward slide must be expected. Website designers should already keep this in their minds.