Social media or real-life friends – what do Poles go for? 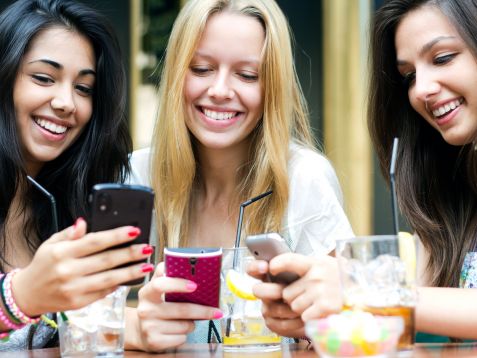 Poles spend Saturdays away from the Internet, while social media stands in for contact with friends during the week. Which portals do we visit most often? Check out the ranking prepared by Gemius. 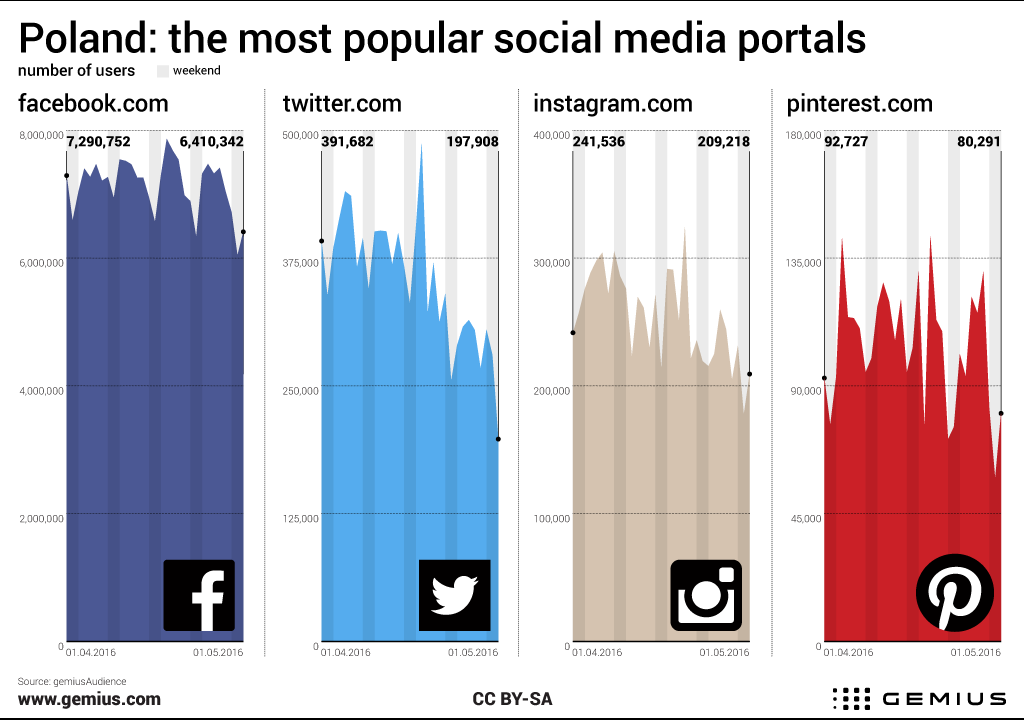 The big four international social media portals in Poland are Facebook.com, Twitter.com, Instagram.com and Pinterest.com. The first of these portals leads in the popularity stakes on the Polish market. The average daily number of Facebook.com users in April 2016 was 7.14 million, ten times higher than the sum of the average daily users of the other three portals in the same period (Twitter.com – 353,000, Instagram.com – 254,000, and Pinterest.com – 104,000 users).

Saturday in the real world