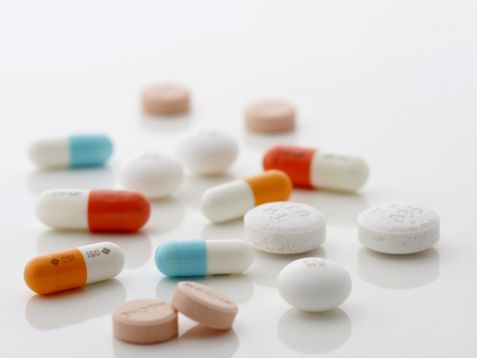 About 10 million Internet users in Russia regularly visit websites related to medicine and health. The share of users who visited those websites in February 2014 was 15 per cent.

There are about 6,000 websites in Runet related to medicine and health. In the last 2 years (February 2012 vs February 2014), the number of users who visited such websites increased by 2.5 million and reached approximately 10.6 million. The average time spent on those websites has also increased, from 4 to 8 minutes per user.

Women represent the largest share of users who visited such websites (63 per cent), followed by young people (54 per cent of Internet users on those websites are in the 18-34 age group). 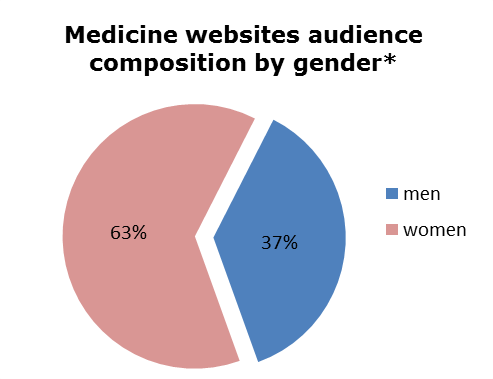 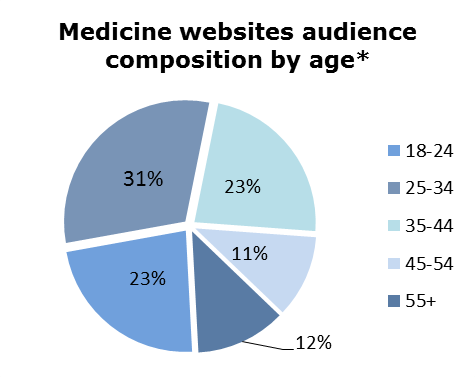 Depending on the season, the number of users visiting websites from a given category also changes ‒ we can see an increase in the activity of users in wintertime.

"The number of users who visit that kind of websites will increase in the nearest future" says Anton Melekhov, online market expert and head of Gemius Russia. "A huge number of pharmaceutical companies are using their websites not only for offering their own products, but also to advise and give recommendations about treatment and care of health-related issues. Because in Russia advertising medicaments is illegal, a lot of pharmaceutical companies organize medical conferences and run thematic portals in order to promote their products ‒ now information provided by doctors is the most authoritative for users, as they say, so that is why this type of advertising is very effective in this case" adds Melekhov.