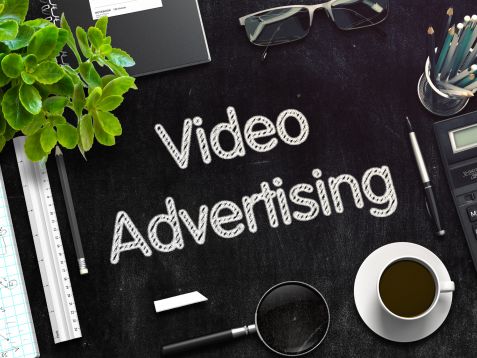 On the Romanian Internet, the most online video advertisements are played on Facebook and YouTube. A Gemius study shows that video spots for personal care and hygiene products were the most frequently viewed, with almost 114 million views for the quarter.

Gemius has analysed which sectors and brands were most frequently advertised via online video on the Romanian Internet in the fourth quarter of 2016. The study measured which publisher websites had the most video ad views. The record for reach belongs to Facebook.com, with 4.4 million real users watching video adverts in October, which constitutes 60.2 per cent of Romanian internet users (source: gemiusAdReal). The study looks at people aged 14 to 74 going online via laptop and desktop computers. 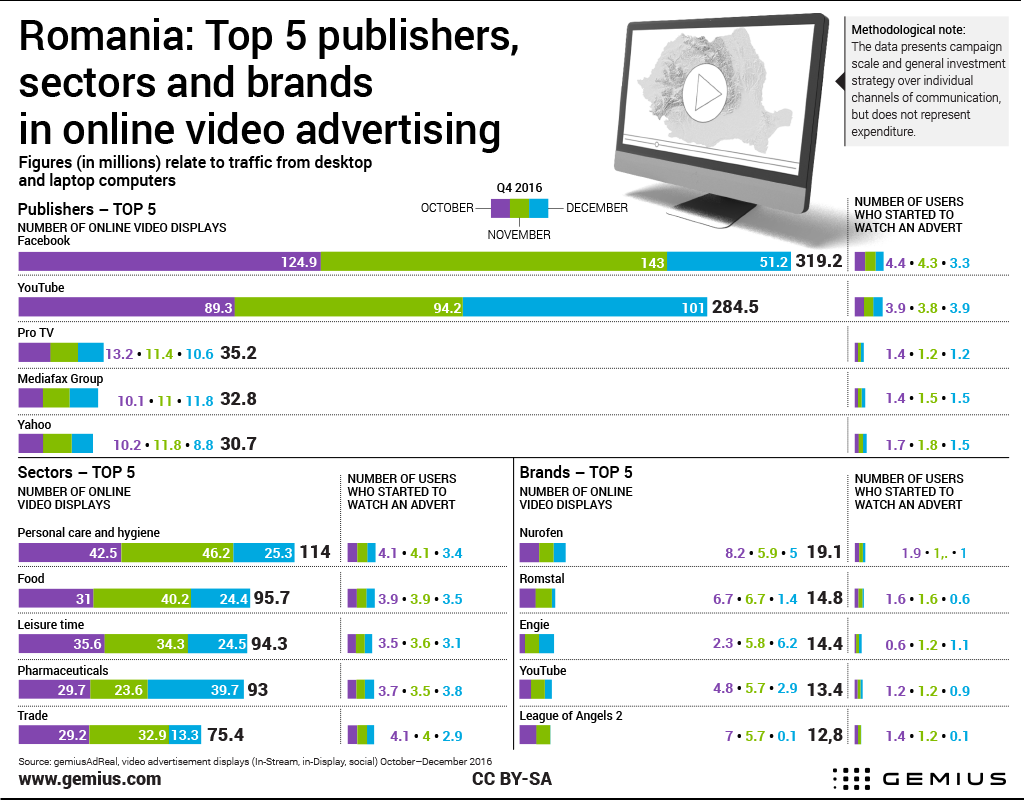 In terms of number of video ad views, Facebook and YouTube are beyond the reach of other publishers. In the study period the popular social networking site saw 319 million displays, while the video site belonging to Google had 284 million. The next place in the publisher rankings was taken by Pro TV, with 35 million.

The Top 5 most frequently viewed online video adverts by industry sector is led by the personal care and hygiene product sector. Over the course of the quarter their videos appeared on Romanian computer screens 114 million times. In this sector’s best month, November, they were viewed by 4.1 million web users, meaning that they came into contact with more than half of all desktop and laptop internet users (55.7 per cent). The next places in the ranking of most frequently played video spots went to the food sector (96 million views) and the entertainment sector (94 million).

Nurofen the most frequently viewed brand

The pharmaceutical sector result was contributed to by the large number of online advertising spots for Nurofen. Videos promoting the painkiller were played to Romanians 19.1 million times. In the quarter in question technical and construction company creations were also highly visible online: Romstal video adverts had 14.8 million displays, with 14.4 million for Engie. YouTube videos were viewed 13.4 million times, mainly in the form of self-promotional videos. The Top 5 of brands is closed out by the game League of Angels 2, whose video adverts played 12.8 million times. 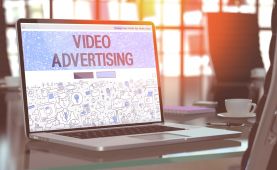