Romania: e-commerce attracts more than half of internet users Almost 60 per cent of Romanian internet users (PC) visit e-commerce websites, with the monthly number of users in the last six months remaining steady at approximately 4 million people. The most popular e-commerce website throughout the entire period between January and June 2017 was Emag.ro.

Emag.ro – a leader among e-commerce sites

Emag.ro secured a leading position in the TOP10 ranking of e-commerce websites. In June 2017, the website was visited by over a third of Romanian internet users (2.3 million, 33.6 per cent of internet users). This is 166 thousand users more when compared to the January result. 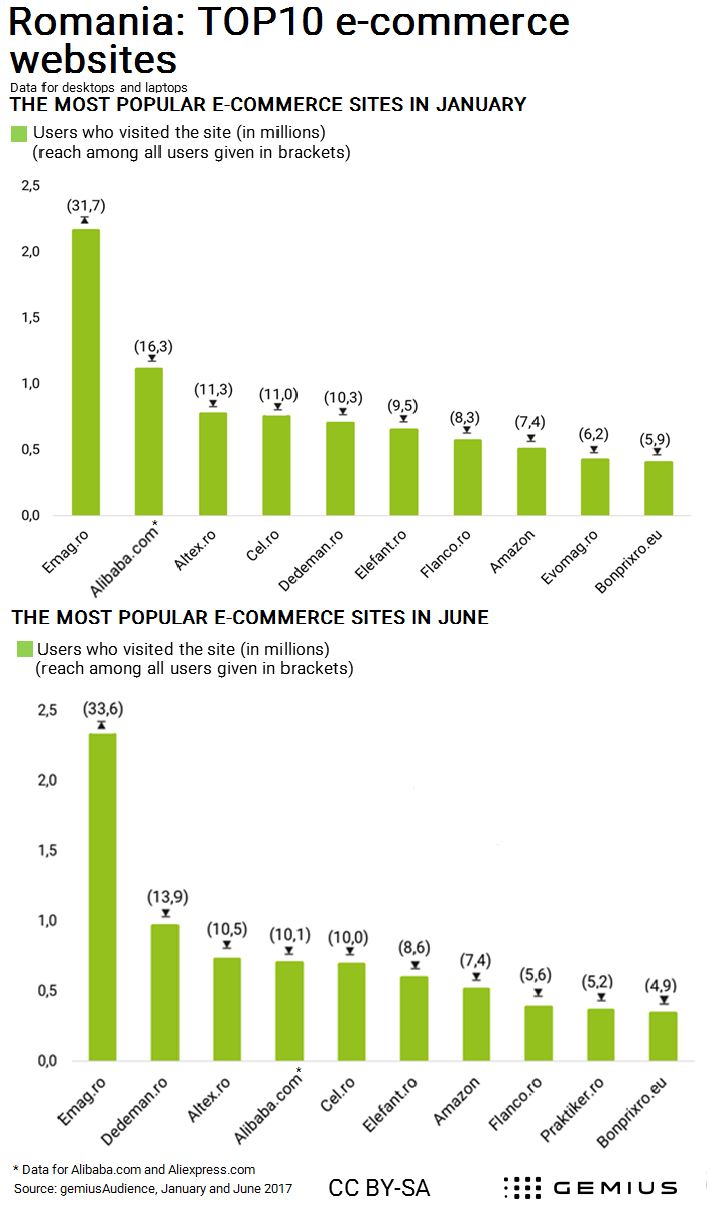 The website which since the early 2017 has seen the biggest increase of visitors in the ranking is Dedeman.ro. It moved from the fifth position in January (700 thousand) to the second place in June (966 thousand). In the analysed period, the website’s reach grew from 10.3 per cent in January to 13.9 per cent in June. Another brand which gained in the ranking was Praktiker.ro. It was listed ninth in June (363 thousand), even though in January this website was absent from TOP10. 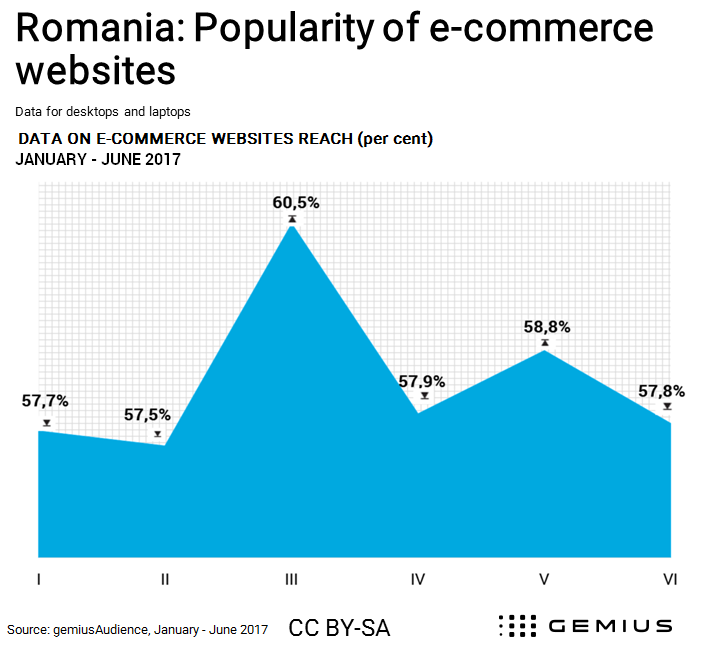 Three brands recorded a drop: Alibaba.com (data for Alibaba.com and Aliexpress.com), Cel.ro, Flanco.ro. Alibaba.com was hit the hardest in June with a result of 701 thousand internet users (10.1 per cent), which means a drop of almost 410 thousand users (16.3 per cent) compared to January.

The analysis was based on data for desktops and laptops. 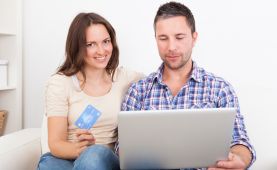