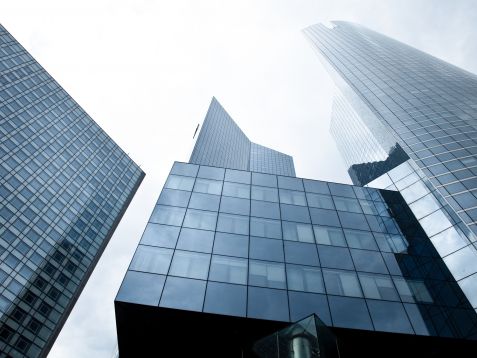 Gemius has looked into who uses e-banking services in Romania. Find out who the market leader is, and who has dropped in popularity.

Garantibank takes the market by storm

The most popular e-banking sites in Romania in May 2016 were, in alphabetical order: Bancatransilvania.ro, Bcr.ro, Brd.ro, Garantibank.ro, Ing.ro and Raiffeisen.ro. According to the latest data, the top of the podium is occupied by Garantibank.ro, part of the international Garanti Bank Group, with users in excess of 644 thousand for the month in question. Over the past two years (comparing May 2014 to May 2016) its reach among internet users has increased from 1.9 per cent to 8.8 per cent. The runners up for May 2016 were: the international banking service Ing.ro (591 thousand) and the domestic Bancatransilvania.ro (520 thousand), who both also recorded a growth in user numbers since May 2014.

The largest group of Garantibank.ro users is those in the 25–34 year-old category, at 22.6 per cent. This bank’s website also enjoys considerable popularity among both younger (14–19) and older internet users (55+). One in ten internet users in the 14–19 age group uses Garantibank.ro services. Meanwhile, people in the 55+ category make up 12.3 per cent of its visitors.

E-banking is also used by people in the 44–54 age group, which is Raiffeisen.ro’s main user group, constituting 30.42 per cent of its online users. 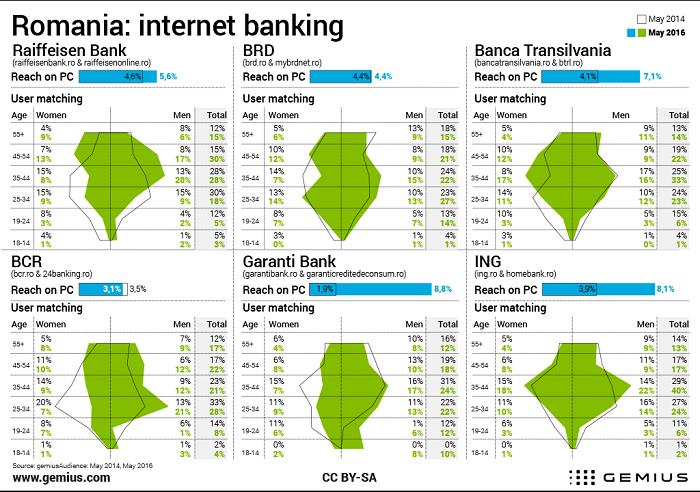 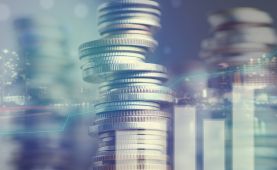