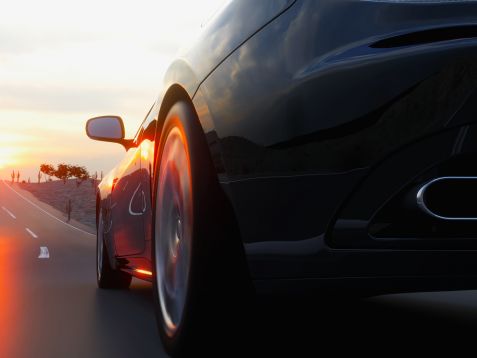 In August 2017, nearly one quarter of Internet users in Romania viewed online video advertisements for automotive companies. Citroen was the brand with the most ads viewed on the Internet in the month analysed. Most advertisements were published on Facebook.com.

In August, almost 7.9 million automotive ads, as well as ads for car-related products and services, were broadcast on the Romanian Internet. It was one of the least promotionally-intense months of the year for most advertisers in this industry. Online video advertising for the automotive industry reached 24 per cent of Internet users who use desktop and laptop computers (source: gemiusAdReal). 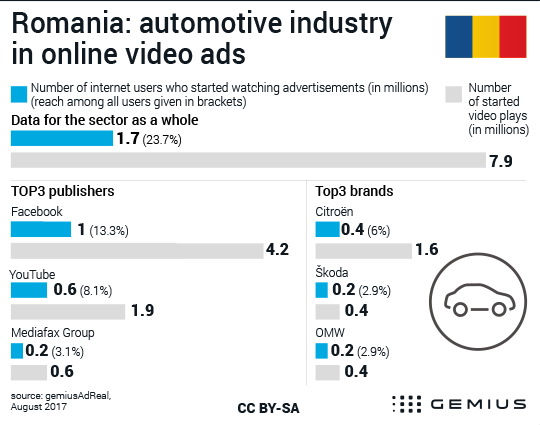 In August, the automotive brand with the most ads viewed on the Romanian Internet was Citroen, with a strong month-long campaign promoting its new C-Elysee. In previous months of 2017, the French concern made little use of online video during its campaigns. In August, however, Citroen benefited from less activity in the automotive industry and dominated the category by reaching a 20 per cent share. Citroen ads were broadcast nearly 1.6 million times and viewed by six per cent of Internet users.

Skoda was the second most advertised brand in August. These Czech cars were promoted by ads that were displayed 369 thousand times, reaching three per cent of Internet users. Oil and gas company OMV came third in the brand ranking. The advertisements for this brand were displayed 375 thousand times and viewed by three per cent of Internet users in Romania. 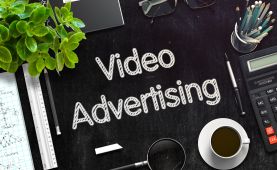