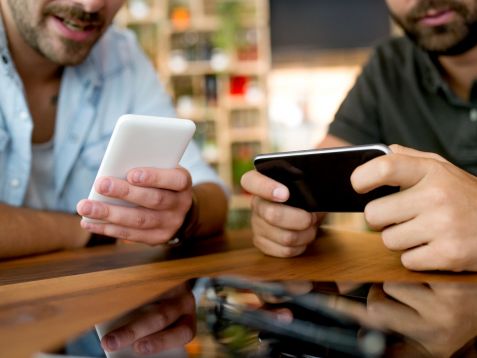 Mobile internet users in the analysed countries most frequently browse domestic websites on the screens of Samsung or Apple devices. Brands such as Sony, LG and Nokia also appear in the list. Check out the Gemius infographic to see the ranking of the most popular producers of mobile devices in Europe.

Gemius has already analysed which internet browsers are most popular in 12 selected European countries. This time the survey investigated which producers can boast of their mobile devices being used most often by internet users to connect to the internet. The survey involved data from July 2015 for the same markets as the browsers (Poland, the Czech Republic, Slovakia, Hungary, Estonia, Latvia, Lithuania, Belarus, Ukraine, Russia, Slovenia and Croatia). Note: ranking based on many views.

Samsung is number one in most countries

It turns out that in 9 out of 12 markets, Samsung is in first place – taking into account the percentage of views of domestic websites originating from the mobile devices of particular producers. Apple only comes in first in Russia, Estonia and Ukraine.

The fight for leading position

Depending on the market in question, two Asian brands (Sony and LG) and one European brand (Nokia) can be found in third place. 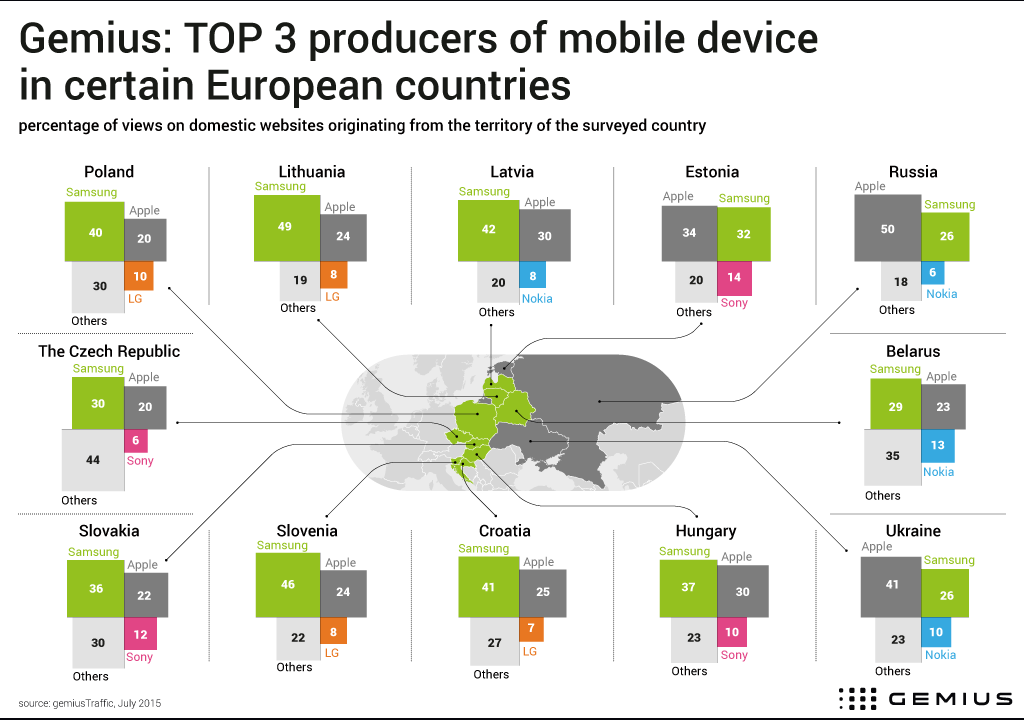