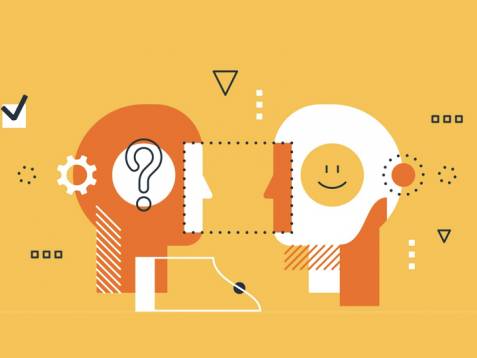 Increasingly more accurate measurement tools open the door to new possibilities, not only for the analysis of consumer behaviour, but also to measure the impact of online campaigns. In the last decade, analyses were limited to quantitative criteria, often separated from the quality of ad contact. Nowadays, digital marketing is facing a new challenge: how to transform the focus from quantity to quality ─ comments Marta Sułkiewicz, Gemius expert in IAB Poland report.

The typical Polish Internet user is exposed to, on average, over 1300 banners and over
80 video online ads per month — and that is only via the personal computer. Another package of ads is served to our "Average Joe" when he consumes media on mobile devices, TV and other media sources. Even if a portion of the banners displayed are not viewable, perception abilities are limited. Regardless of the use of advanced algorithms and big data backing up accurate targeting, the chances are small that something will be remembered with all this mental clutter. For this very reason, attention is increasingly given not only to the power of data, but to the quality of digital ad contact and the emotions generated, which — when combined with the power of big data — can produce an enormous impact. Sharing advertising content and reworking the ads are important phenomena which force us to look at the actual reach achieved (both organic and paid) from a different perspective, ultimately redefining content marketing strategies. An even more inspirational example comes from the use of consumer data to create emotional profiles during the US presidential campaign and during the British referendum. These algorithms served as the bases for personalised ad messages, which encouraged the proponents to participate in the voting, while at the same time discouraging the opponents. These examples have shed new light on the role of emotional messages and how data can affect emotions.

Quality — a challenge the whole online ad industry is facing

The most commonly discussed challenge facing the online ad market in 2017 was brand safety, while in the previous year, the hottest topics were viewability and fraud in advertising. These issues have been stressed and analysed at numerous industry conferences by media company representatives, publishing houses and measurement technologies providers. Marketers increasingly stress the fact that, in return for their advertising dollar, they want qualitative online campaigns. They want their ads to be “seen by a human with the assigned demographic in a safe environment" — to quote the words of John Montgomery, VP Global Brand Safety, groupM, who spoke at the IAB Europe Interact 2017 conference. A similar opinion was expressed by a representative of Procter & Gamble at Dmexco. To these three components, the congestion or "clutter" indicator should perhaps be utilized. At the first sight, such expectations do not seem to be particularly demanding. It must be noted, however, that for years the online advertising market, together with the developing programmatic ecosystem was under the constant pressure to prove itself via campaign effectiveness, reduction of display advertising expenses and a measurable return on investment (ROI) in addition to an increase in spending outside of conventional advertising space expense. Therefore, these expectations cannot be addressed to only the publishers. They are facing the challenge of introducing modifications to their advertising products to ensure that these ads meet the needs of the customers while preparing a premium offer. Advertisers should prepare to pay more for better quality of digital ad contact as well as auxiliary measurement tools, and expect media companies do the same, i.e. to measure the qualitative parameters. As the level of demand increases for qualitative online ads, the supply and demand curves will cross at the equilibrium point which will be the intersection of satisfaction for the entire market. At the same time, it must be noted that the stance of the "Average Joe" gives no particular reason for enthusiasm: with a 36 per cent share of ad block usage (IAB Poland 2016 report), a 86 per cent share of Poles disliking broadly understood advertising messaging (CBOS, 2011) and the dramatic drop of the ad- watching time whenever it can be skipped or scrolled. Any changes in the parameters of the ads and campaign financing based on qualitative statistics are both a step in the right direction, but online ad quality is also entering into the areas of creativity and data use.

As in the case of the CTR index, ad viewability is the end result of the quality of the publisher’s advertising product involving good preparation based on research and adjustment "tweaks" of the advertiser’s creation. In these times of video ads with skip and scroll functionalities, it is the consumer who decides how long he or she wishes to watch an ad. The advertiser may opt for a non-intrusive production which does not resemble an ad and evokes emotions, taking care to adjust it to the target group and achieving good results in terms of ad viewability time and completed views. Such a video ad may actually be 1 minute long or even longer (example: 2016 Allegro ad “What Are You Looking For”). Consumers may wish to watch it, and thanks to the emotions it evokes, they may also want to share it. In this way, several million paid views in online video can result in a three times larger base of organic traffic. Another alternative is an ultra short ad, which takes into consideration the fact that generations Y or Z are able to consume media much more rapidly than older viewers and expect to receive condensed messages. With such productions in place, the expectations of global companies, such as Procter & Gamble or GSK, who want to pay only for fully watched ads, prove to be much more realistic. Publishers also have their share of challenges. The quality of an advertising product is heavily influenced by the uniqueness of the content. An Internet user waiting for his or her favourite series or programme to launch will be more willing to accept an "unskippable" advertising break if, and only if the publisher does not try their patience too much.

The advertising environment, as well as the ad, is becoming increasingly more important. In the programmatic model, ad impressions addressed to specific users are increasingly more popular, purchased more frequently than advertising space on a given page. If the consumer has a contact with an ad on websitewith erotic or illegal content, this may significantly affect the brand’s reputation. Nowadays, even more so, thanks to social media, scandalous content can become popular in the blink of an eye. One of the most drastic examples of this was when ads displayed on YouTube were surrounded by the content of a terrorist organisation. The fact that YouTube shared a part of the ad money with channel owners resulted in the whole incident being concluded that the advertisers supported terrorism. In Great Britain, where the scandal broke, the largest advertisers froze their budgets for YouTube and Google’s entire ad ecosystem called Alphabet. Even today, some international concerns have not yet decided whether or not to use this service's advertising space again. The market responds to such challenges with the spread of tools designed to scan the contents of a page in search of dangerous keywords from a pre-defined list. But life shows that such tools cannot prevent these events from occurring, nor handle all dangerous context and video content which is being constantly posted by Internet users. The only safe solution seems to be labelling content as safe or appropriate for an audience of a specific age — which is also done on TV — and offering advertising space to advertisers under so-called ‘white lists’, with a safe context guarantee. This, naturally, promotes those who work in the conventional model, creating their own, unique content.

“Real humans with the assigned demographic”

Over the past year, the market discussed the decrease in the role of demographics for media planning in these times when DMP can be fed behavioural data or even when emotional profiles could be created based on internal information and third party data. Advanced algorithms' usage of modelling attribution and creating look-alike profiles has dominated the manner of purchasing banner ads in many industries. On the other hand, video campaign planning relies heavily on demographics. In Western Europe, the share of programmatic buying of video ads is much larger than in the CEE region and the trend seems to remain conspicuous. Still, addressing ads to “real people” with “the assigned demographic” remains a strong focus among marketers hailing from the world’s largest concerns. One of the causes for such situations is the growing artificial intelligence market. If bots are capable of meeting users' needs in the customer service arena, they can equally well cheat on systems measuring campaigns or create social media accounts. In the US, the most non-human traffic ever observed resides precisely in the area of video campaigns. Many questions have been raised in regard to the quality of third party data and the need to audit them using panel-based studies.

Development of technologies should be followed by an evolution of communication strategies in order to closely monitor actual online media consumers and monitor their experience. A combination of data and emotions offers marketers great opportunities in advertising, but it also creates new needs in the fields of research and measurement technologies as well as the need to modify evaluation criteria. It stresses the creative element and — together with automated buying — reduces the distance between the sender and the receiver of the message, which poses challenging consequences for both publishers and media agencies alike.