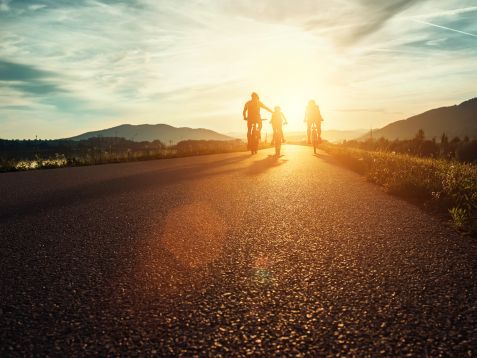 The first day of the school summer holidays was also when last month’s lowest online activity was recorded. Over the long weekend break in June, Poles also held back on their online activity. A Gemius study shows that, at weekends and on national holidays, the number of people connecting to the web drops foreseeably.

Gemius analyses clearly show that, on national holidays and weekends, Poles are less active on the Internet. The June long weekend, as with the May long weekend, was marked by a fall in the numbers of internet users. National holidays see a lower number of people using the Net on desktop and laptop computers. Bucking the trend, the Corpus Christi weekend set records of its own. and June 15 saw more men than women using social networks from their mobile devices. It was on that day that men visited such websites in their greatest numbers for the month, generating 50.7 million page views. 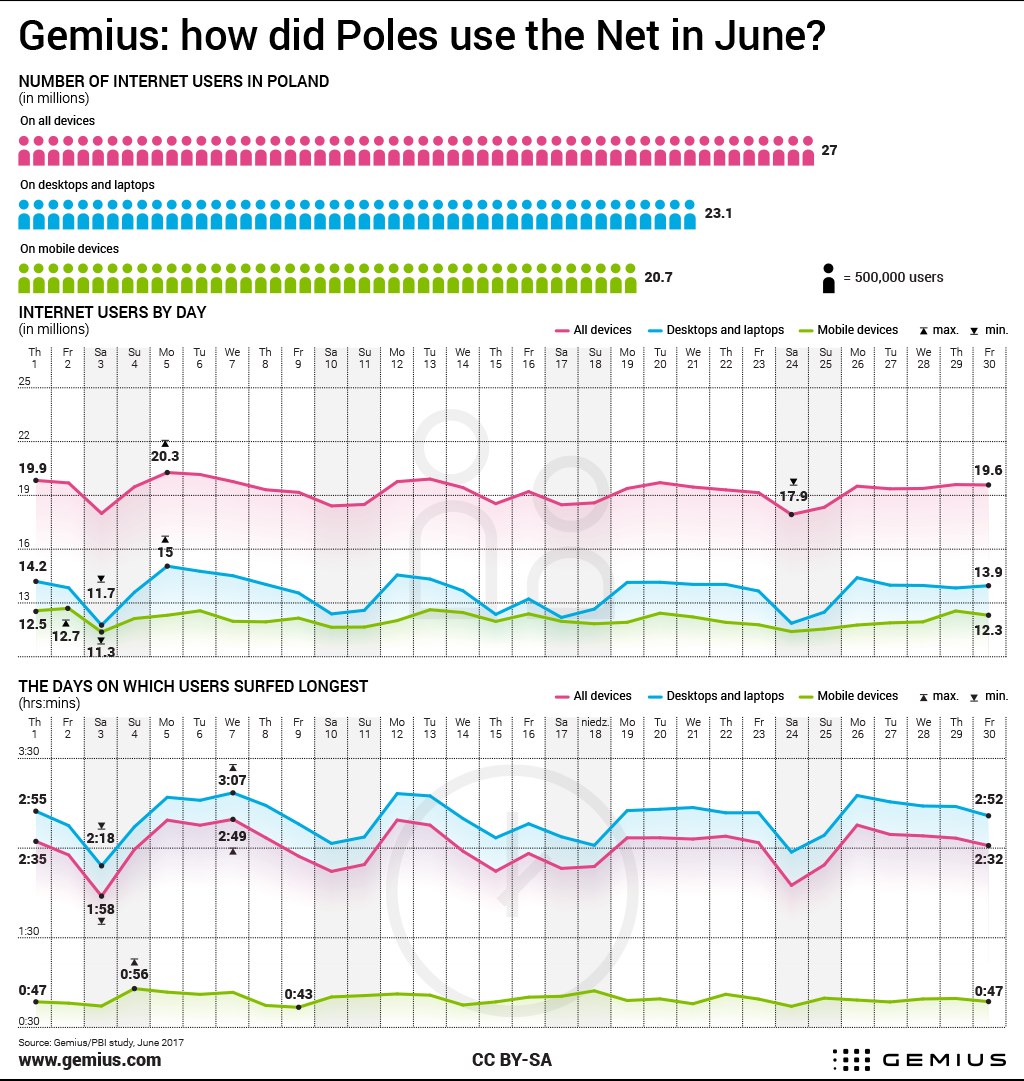 In the run up to summer, however, there are still a few school duties to take care of. Before the season’s sloth sets in, a particular female interest in education-related websites can be observed, including those hosting electronic school registers. On June 13, just before the publication of second-semester grades, women generated a record 46 million views on such websites. In the rest of the month, daily activity on education-related pages did not exceed 35 million views for women, and 20 million for men.

In June, 27 million Poles connected to the Internet, generating a combined 55.2 billion page views. The time spent online was an average of 2 hours 30 minutes daily (7 minutes less than in May of 2017). The peak number of people using the Internet was on June 5, at 20.3 million, while the lowest was on Saturday, June 24, at 17.9 million (source: Gemius/PBI study).