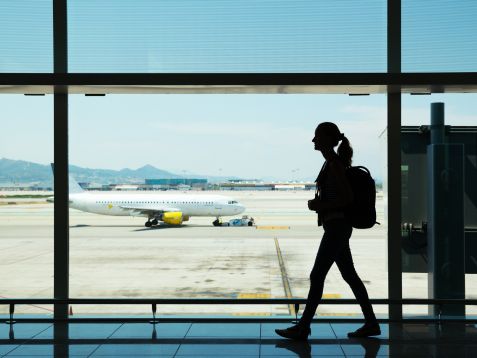 In the first quarter of 2014, as compared with the last year, the interest in websites offering flight tickets rose by 15 per cent. The highest increase was noted for Ryanair and Esky.pl.

In the midst of the holiday season, Gemius checked the situation on the online market of flight booking and air travel search engines. The analysis takes into consideration flight search websites, i.e. Esky.pl, Skyscanner.pl, Fly4free.pl and Biletylotnicze.pl, as well as online services sites run by the two largest low-cost airlines operating in Poland: Wizzair and Ryanair.

It turns out that the number of flight booking and air carriers websites users rose by 16 per cent in the first quarter of 2014. On average, in 2013 they were visited by 0.99 m internet users monthly, while in the analogous period in 2014 they amounted to 1.15 m individuals.

"A holiday abroad is now within the reach of more Poles, yet the price is still the decisive factor when choosing an offer. The airlines with the lowest prices will benefit and so will the portals that help customers find the cheapest tickets - says Maciej Milewski".

The flight tickets search engine most often visited was Esky.pl, used by 408 thousand internet users in April 2014. Half as much or less users were noted for: Fly4free.pl (202 thousand) and Skyscanner.pl (172 thousand). Biletylotnicze.pl, a portal taken over by Esky.pl in 2011, was visited by 119 thousand persons looking for flights. The latter is also the most dynamically developing one. Between January and April, the number of Biletylotnicze.pl users increased by more than a half (from 67 thousand to 119 thousand individuals).

From flight search to Ryanair tickets

In the first quarter of 2014 the websites belonging to the largest low-cost airlines in Poland, i.e. Ryanair and Wizzair, were visited on average by 400 and 350 thousand internet users, respectively (monthly data). When compared to the previous year, one can observe that the Ryanair website enjoys greater popularity and a slight decrease can be noticed in this respect of the Wizzair online service. Moreover, it turns out that Ryanair clients use low-cost flight search engines more often (majority of Ryanair.com users). The shared audience results for websites of the airlines and flight booking portals provide evidence for that.

"The current situation may be the effect of a long-term strategy adopted by Ryanair, which has been trying to attract customers with the lowest prices for a number of years now" comments Maciej Milewski, business consultant at Gemius. "Wizzair, on the other hand, positioning itself as a provider of good value for money services, may have a slightly larger base of loyal customers, who book tickets on the website without looking any alternative offers" the expert adds.

In his opinion, this is indicative of the increasing interest of customers in abroad flights, which is a by-product of the improving tourist services market situation. "A holiday abroad is now within the reach of more Poles, yet the price is still the decisive factor when choosing an offer. The airlines with the lowest prices will benefit and so will the portals that help customers find the cheapest tickets" Milewski sums up.

The data quoted originates from an international internet study measurement (gemiusAudience) conducted by Gemius in more than 35 countries. It aims to research into the number and demographic profile of internet users and the manner in which they utilize the web, audio and wideo content, as well as mobile applications. The study is perfomed according to Gemius proprietary hybrid methodology and in accordance with the ICC/ESOMAR international code of conduct. 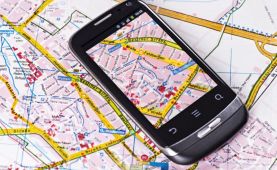