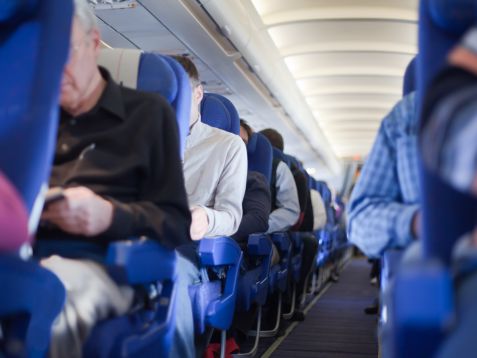 June, July and January is the time when travel agencies’ websites enjoy the greatest demand compared to other periods. Rainbow Tours, Itaka and Tui are the preferred choices of internet users. Women prevail among the individuals who browse online travel offers. Have a look at the results of the latest Gemius analysis.

January is the month of new year’s resolutions. This is also the time when the official days off are checked and holidays planned. This is confirmed by the data showing the popularity of websites run by travel agents.

June, July and January is the hunting season 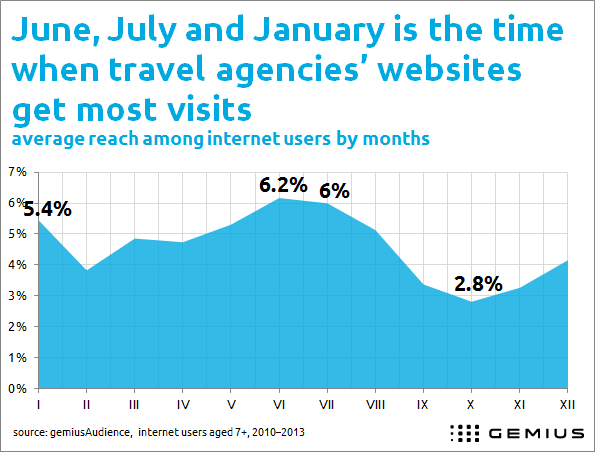 The favourite websites of the internet users who seek travel services provided by agencies are owned by Rainbow Tours (Rainbowtours.pl, 306.7 thousand internet users in October 2014), Travel Agency ITAKA (Itaka.pl, 287.9 thousand) and TUI (Tui.pl, 250.6 thousand). This ranking shows the re-shuffle that took place on the tourist market. It was only 5 years ago, in October 2010, that the list was quite different:  Itaka.pl, Tui.pl, Rainbowtours.pl.

In internet users who visit travel agents’ websites women prevail (57 per cent) over men (43 per cent).

The analysed websites are most eagerly visited by individuals aged 45+, internet users holding university degrees and those with income exceeding PLN2000 net. The websites are particularly popular with persons earning PLN4000 net or more.

In 2014 the travel agencies’ websites were visited by an average of 5.3 per cent of Polish internet users. 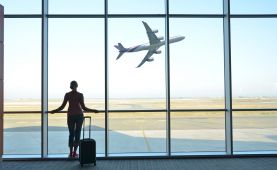 Get cheaper flights in January