Poles seeking job while on the job? 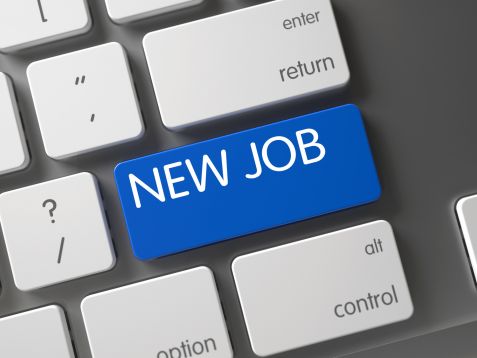 Employment websites recorded 9.9 million visitors – or 40.8 per cent of the country’s adult web users. Poles usually browse them on workdays (most often Wednesdays), and not all too uncommonly while at work. On home computers, they view job ads for an average of 20 minutes per month, and five minutes less from their workplace. 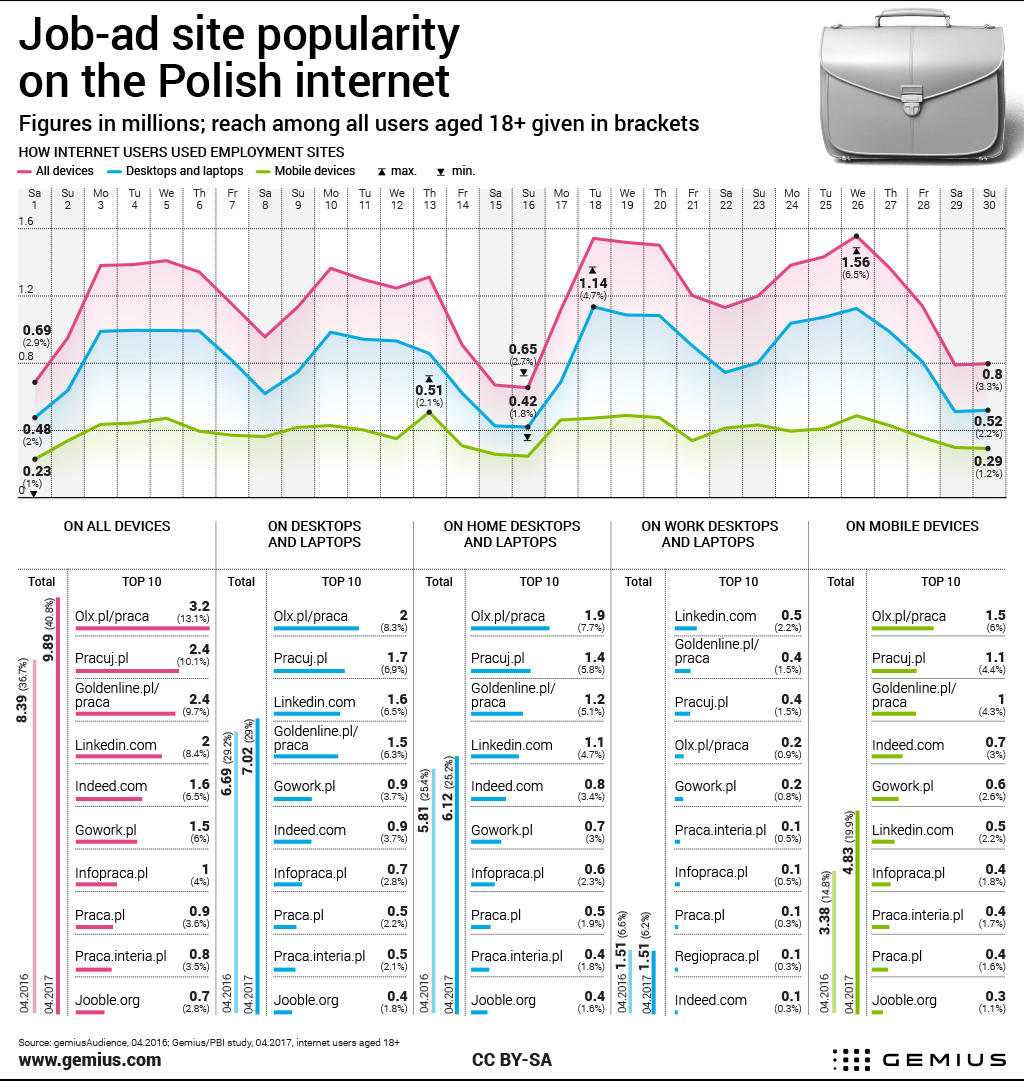 A study based on desktop and laptop user data concludes that 1.5 million internet users clicked their way around employment offer sites while at work (source: Gemius/PBI study). They generated 20 million page views, spending on the job ads websites an average of 15 minutes per month.Employers, there’s no need to be alarmed: home-based visitors to job sites were decidedly more numerous, i.e. 6.1 million. The same group also spent longer looking through advertisements, at an average of 20 minutes per month.

Wednesday’s the day for job hunting

Poles’ desire to visit employment-related sites started to rise on Sunday (perhaps at the thought of the working week ahead?) and reached its peak on Wednesday, when an average of 1.4 million people browsed job offers, generating 10 million page views. Visitor numbers then gradually fell ped to see their lowest average visitor figures (800,000) and fewest average views (4.7 million) on Saturday,

Mobile accounts for half of visitors

Web users checked out job ads on different screens. Of the 9.9 million network users, 48.9 per cent were visiting job ad sites from mobile devices, and 71 per cent from desktop or laptop computers. In both groups, the most popular site was Olx.pl/praca, with 3.2 million total visitors and 77.6 million page views.