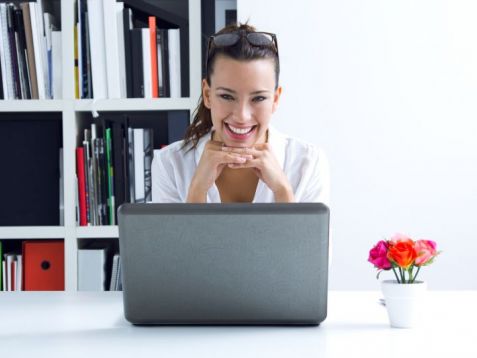 T-mobile, adidas and Allianz were the most displayed online video campaigns last month. Meanwhile, Facebook, YouTube and Grupa TVN were the publishers whose websites were most frequently used to air videos, according to data from Gemius.

The analysis, based on the gemiusAdReal study, includes campaigns for Easter, spring collections and spring programme schedules. Check out the results of the Gemius report. 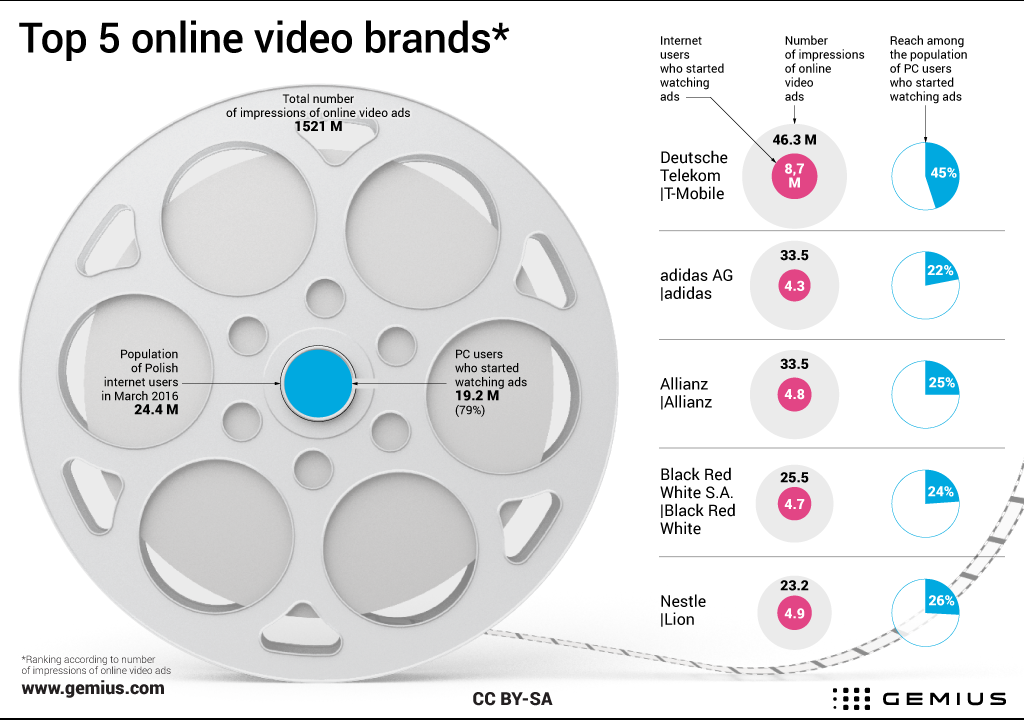 March: the month of seasonal campaigns

The early date of Easter this year meant we were watching Easter campaigns for the whole month, led by ads for mayonnaise (Majonez Kielecki), sour rye soup (Krakus, Winiary), and chocolate bunnies and eggs (Lindt and Milka). As a result, the food industry Lis  the March ranking, although, of course, a contribution was also made by Nestle breakfast cereals (Lion, Fitness, Cini Mini).

Spring in the retail sector

The notable increase in temperature meant the launch of a very intensive campaign from Oponeo.pl in late March, encouraging the shift towards summer attire. Meanwhile, Ikea prompted spring cleaning, and Zalando suggested a change of wardrobe. Speaking of fashion, it was impossible not to notice the March activities of adidas, whose online video ads were among the most watched (as confirmed by the Gemius ranking: www.adreal.gemius.com) – despite the fact that the fashion industry as a whole just makes it into the top ten, adidas is in second place in terms of brand ranking.

With the change of seasons, publishers started to promote their spring programme schedules. The leader in March was TVN, followed by MTV and Grupa Onet, who promoted their programme schedule in the style of television publishers. Apart from their own platforms, all three also used videos on Facebook. The media-related industry, which is in third place, includes the Google Group (promoting the 10th anniversary of YouTube) and films promoted by United International Pictures.

In March, the following industries were also active: entertainment (dominated by games), cosmetics and personal care (with large campaigns from Head & Shoulders and Blend-a-med), telecommunications (dominated by T-Mobile), automotive (Renault, Mazda and Citroen), pharmaceutical (with a dominant campaign from Manti Fresh), and financial (with a very intensive campaign from Allianz).

In March, according to the gemiusAdReal study, 1,521,059,727 broadcasts of online video ads were recorded on PCs in Poland, reaching 19,208,994 internet users. ‘The reach of online ad campaigns among Polish internet users is nearly 79 per cent – as high as 87 per cent among those using PCs,’ explains Marta Sułkiewicz, who is responsible for the development of the gemiusAdReal study. ‘What about the remaining percentage? The AdReal tool shows campaigns actually broadcast to users. This means that, if a user has an ad blocker enabled, for example, the ad will not be shown. It is true that internet users may also be browsing websites on which no films are shown, but ad blocking certainly has a significant influence on the reach,’ comments Sułkiewicz.

‘It should be remembered that the gemiusAdReal study currently counts the start of video emissions, based on a combination of In-Stream, In-Display and Social Video,’ says Sułkiewicz. ‘In the coming months, customers who purchase access to the study will also have information on the playing time of videos (Video Completion Rate) and the option to isolate specific types of video ads,’ adds Sułkiewicz. At the moment, the gemiusAdReal study is available to Gemius customers for testing, lasting until 8 April 2016.

‘In parallel with expanding the level of detail in video reports, we will be sharing data on the Display, Search and Social ad markets. For now, to show the scale, we can reveal that every month the AdReal categorization system processes 2.7 million creations not containing video material and about 30 thousand video ads,’ explains Gemius expert Sułkiewicz.

The study is conducted on a representative sample of Polish internet users with the most popular browsers (Firefox, Chrome, Opera) on their PCs. Data on the structure and size of the population of internet users in Poland comes from the gemiusAudience study. The volume share in started emissions of video ads (In-Stream, In-Display, Social) shows the scale of campaigns and overall investment strategy, but does not reflect spending.