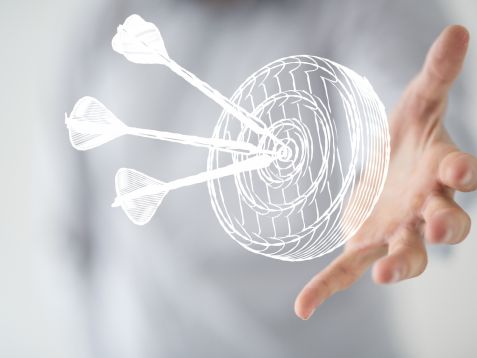 What's been going on the market of mobile producers and devices over the last few years? Can we expect some more significant re-shuffles this year? An analysis of data gathered by Gemius may provide answers to these questions. The challenge was accepted by scientists from the Polish-Japanese Institute of Information Technology.

According to Leszek Bukowski, Ph.D. working at the Polish-Japanese Institute of Information Technology, this year will see the Poles surfing the web on their smart phones and tablets more eagerly. – The trend is observed all over the world and Poland will most certainly be no exception – the academic believes.

"What is even more, Apple and Samsung products will be generating a significant majority of the Polish online mobile traffic. Nothing seems to suggest that 2014 will bring any unexpected changes in this respect. However, the question is if the Samsung's growth will retain its vigorous dynamics, or perhaps level off to the benefit of Apple, which will stop losing ground to the Korean company" says Bukowski.

The Polish-Japanese Institute of Information Technologyexpert also points out to three phenomena emerging from the analysis of data on the share of mobile devices of particular producers in the online traffic since mid-2010.

"First, the products of Apple, i.e. iPhone and iPad, are the vanguard of devices used to generate traffic in the Polish mobile internet. From the mid-2011 until the end of 2013, most of the said traffic was generated from the bitten apple-branded devices. The Apple's position is secure in this regard. In fact, it was Apple that sparked the mobile revolution with their products, and is unquestionably the spearhead of novel solutions in mobile technologies" says Bukowski.

Moreover, the scholar mentions the dwindling position of Nokia. "As early as mid-2011, most mobile internet traffic was generated with Apple devices, and in the beginning of 2012 Nokia started losing ground to Samsung. Finally, at the onset of 2013, Sony also outran Nokia in its share in the Polish mobile internet" the expert notices. He is sure, however, that we haven't heard the last of Nokia "The brand, still bearing some emotional significance for many and now in a potent duo with Microsoft, may still astound us with new solutions" believes Bukowski.

"Thirdly, Korean Samsung is enjoying a growing share in the Polish online mobile traffic. At first, between 2010 and 2011, the Apple’s share was way beyond Samsung's reach. The first and second generation of Galaxy S were in many respects inferior to the standard represented by Apple devices. Yet, from mid-2012 (Samsung Galaxy S III was launched on the Polish market in June 2012) the growth rate at which Samsung was gaining its share of the mobile internet got even more dynamic than Apple's – thus winning the leading position for Samsung in 2014. Samsung had a big lesson to learn about mobile solutions and it wasn't before the third generation of its flag Galaxy S platform was mature enough to become an iconic device for many customers" sums up the Polish-Japanese Institute of Information Technology scholar Leszek Bukowski, Ph.D.

In June 2014, the traffic generated from tablets and smart phones on the Polish internet reached 10 per cent. This is over twice the result for the last year (4 per cent in January 2013) and two times lower than the global average (24 per cent, source: StatCounter).