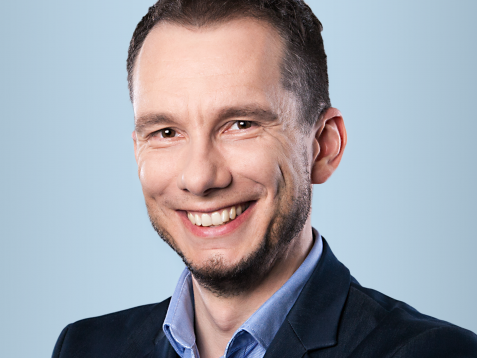 On the one hand, Pokémon Go’s success relies on the popularity and ‘cult’ status of Pokémon itself, and on the other – on its social aspect. Krzysztof Majkowski, head of the consulting team at Gemius, comments on the Pokémon Go phenomenon.

To be honest, the popularity of Pokémon Go comes as no surprise to me. The gaming market is pretty huge, numerous titles are appearing constantly, the competition is strong and it’s hard to get your idea through the door. Then again, Pokémon has one huge advantage – the game is based on a very well-known anime series. For many people, it brings back childhood memories. Some of them grew up watching Pokémon, some had shorter or longer periods of Pokémon breeding, and others played one of the numerous earlier versions of the game. Added to this is the element of discovery, exploration, a kind of mystery, which acts like a magnet – we can, or in fact even have to explore the world in search of Pokémon, because we don’t know quite where we’ll find certain characters, or which Pokémon are hiding where. There is another aspect that incite the interest and builds up commitment of the players – there’s always one more level, one more Pokémon, that one thing we want to get or check...

A new dimension to shared entertainment

On the one hand, the Pokémon Go phenomenon is related to the character development (an avatar that embodies a player) and the aim of the game, i.e. the acquisition and growth of Pokémon (a bit like in MMO, or Massive Multiplayer Online games, which also involve the aspect of an interesting world history). However, the social aspect of the game is also not to be underestimated. Part of the attractiveness of the game rests on the fact that it is a hybrid of MMO games and the real world. Rather than moving around an imaginary land located on a server, players are navigating the real world, although they do require a smartphone connected to the Internet to participate in the game.

We can catch Pokémon with friends, and stories of joint hunts lasting whole days or nights are not at all unheard of. It’s a way of meeting up with friends and doing something fun together. Together, but also somewhat separately – it’s not yet possible to catch Pokémon with someone else. To use a parallel, it’s a bit like playing a very popular board game, only instead of pawns and dice we’re using a smartphone – not moving around a board, but in the real world. You could also compare it to solving puzzles in an escape room.

While we cannot underestimate the social aspect of the game, it could also be the Achilles heel of Pokémon Go. On the one hand, it is possible to individually collect Pokémon, and we can always measure and compare ourselves later with other players battling in the arenas. But returning to the previous examples of well-known MMO games, it can be predicted that, over time, the very limited options for cooperation or Pokémon exchange could result in a loss of interest in the game itself, as well as a decrease in the valuation of Nintendo or Niantic.

It should also be noted that, although Pokémon Go is undoubtedly a phenomenon that has seen an exponential increase in users (estimates from the early period of the game’s popularity were at the level of at least 9.5 million users in the USA alone), it has not been a roaring success in economic terms (the profits of investors and shareholders excluded). Despite the fact that the game has an inbuilt micropayments system, it is unclear how Niantic and Nintendo intend to earn money from it in the long term. Secondly, and far more importantly, opinions have already been tendered that the game offers users little more than the Pokémon collection function and a simple battling system (in previous games from the Pokémon series, this system was slightly more engaging and challenging). So what happens when catching Pokémon ceases to be exciting, or when further play requires too much time and sacrifice? Of course, there will always be a crowd of loyal fans who are able to give up a lot to get the Pokémon they need, but what about the other, ‘normal’ users? Some of them will undoubtedly lose interest in the game. This begs the question of how long the number of active users will remain at the current (or a higher) level, and how soon it will start to fall.

To make reference again to the gaming market, and in particular to popular MMOs, we know that, unless there are new challenges, features, or Pokémon, players will get bored and drift away. In MMOs, which are a type of investment in virtual characters with whom players identify and pay for the opportunity to play, the game’s popularity period lasts several years. In the case of Pokémon Go, which is less complex and emotionally engaging, the decrease in interest may occur quite quickly. Of course, if Nintendo/Niantic manages to build an engaged community around the game, like Riot Games did around League of Legends, or like Activision/Blizzard encapsulate their universe in films, conventions and other games, it could be a hit for a long time to come. Otherwise, it could turn out to be a highly niche project, or it may explode like a supernova.

For the time being, though, Pokémon Go is doing pretty well. As a result, we can expect a range of business ideas associated with the game – from paid Pokémon trainers to apps to help you find Pokémon, and even insurance for playing Pokémon Go. 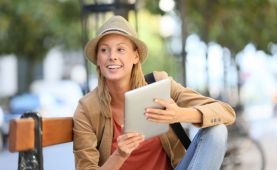 How Danes use mobile apps 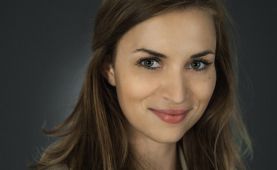