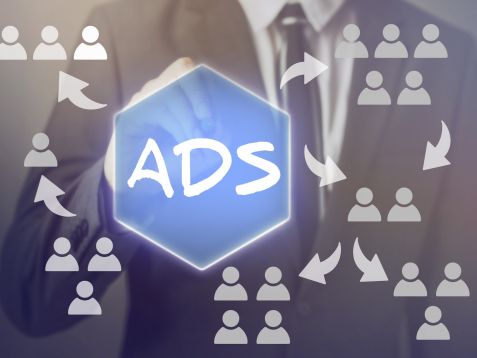 Which countries in Central and Eastern Europe recorded the highest click-through rate? What types of online ads were the most popular in this region? Check the newest release of the AdMonitor report and find out the answers for these and many more questions.

AdMonitor is a periodical report that presents detailed information about online advertising in 13 countries of the CEE region (Bulgaria, Croatia, Czech Republic, Estonia, Hungary, Latvia, Lithuania, Moldova, Poland, Romania, Slovakia, Turkey and Ukraine). On a biannual basis, Gemius experts analyse trends in online advertising such as: share of the most popular ad formats, click-through rate for them and the profiles of the users exposed to all kind of the Internet advertising campaigns. The most recent data for the second half of 2017 is already available at www.admonitor.gemius.com.

What interesting facts does the newest AdMonitor report reveal?

Online advertising campaigns in the CEE region were mainly based on regular banners – 81 per cent of the Internet campaigns in all analysed countries. The highest share of regular banner campaigns was recognised among Estonian marketers (92 per cent), while in Poland this format noticed the smallest share – 64 per cent. 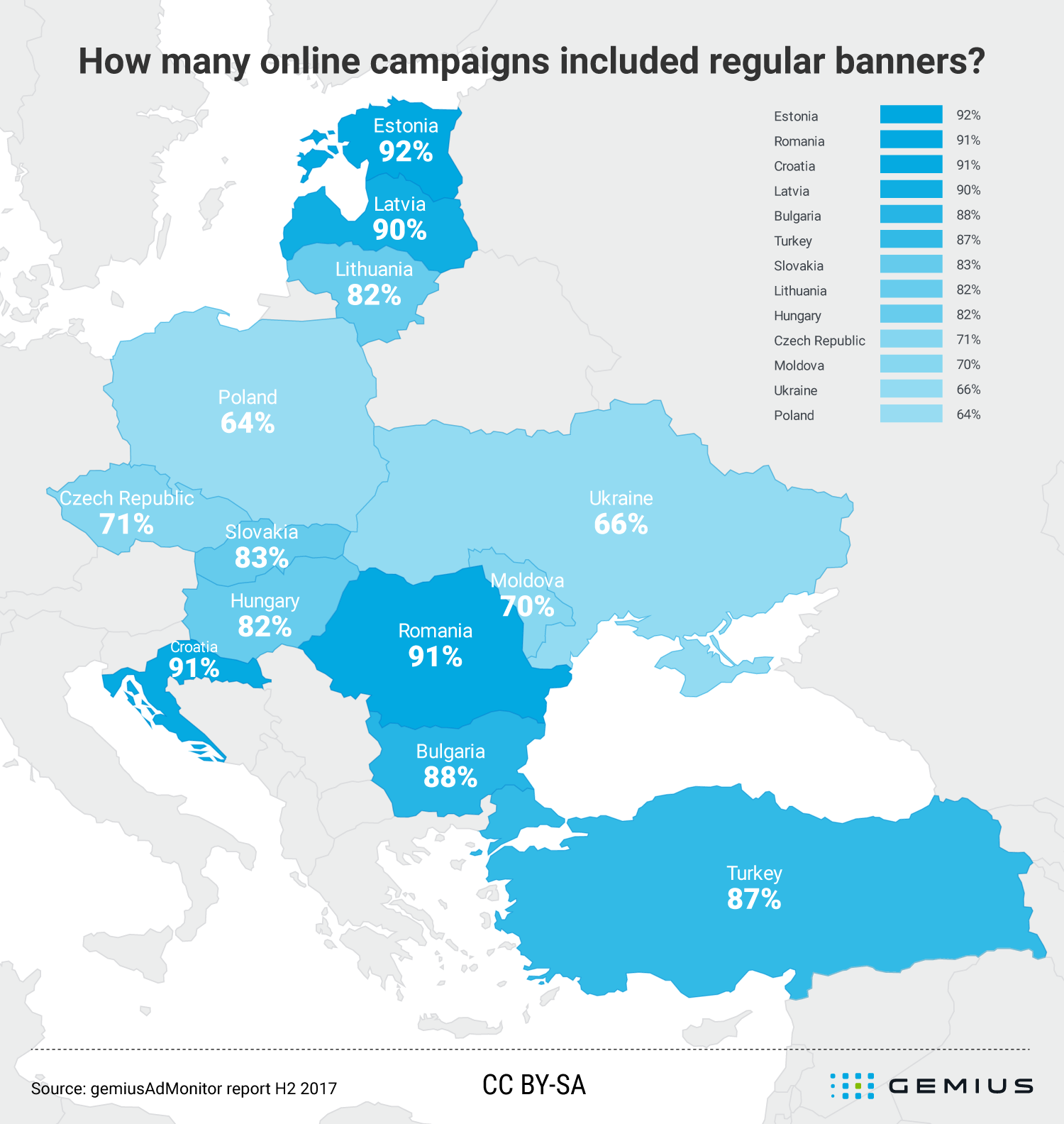 Rich media formats were still less frequently used than regular banners. On average, they comprised around 33 per cent of online advertising campaigns on the measured markets. The leader of the rich media usage was Ukraine with 56 per cent share. Latvia took the last place in the ranking (14 per cent). 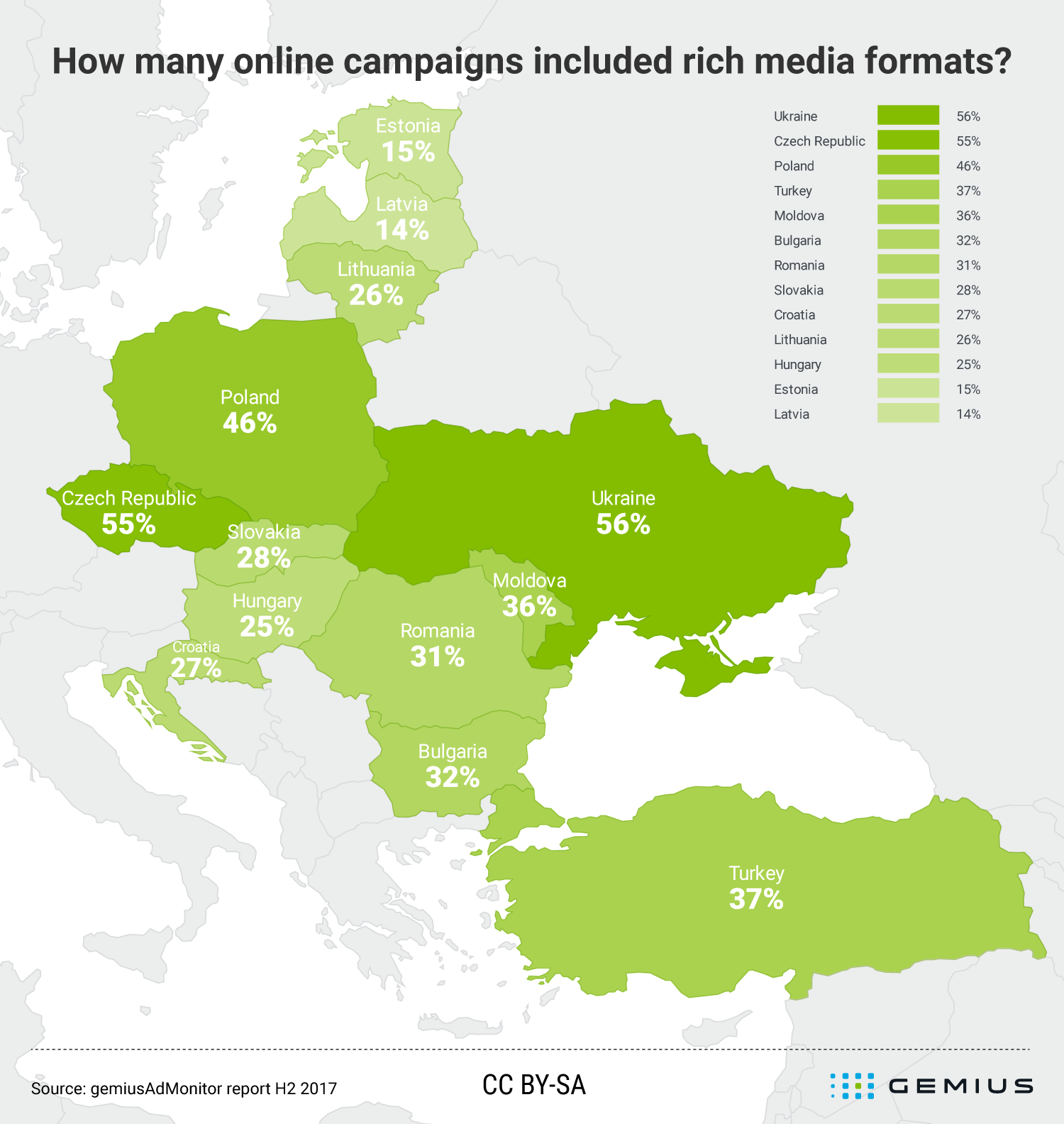 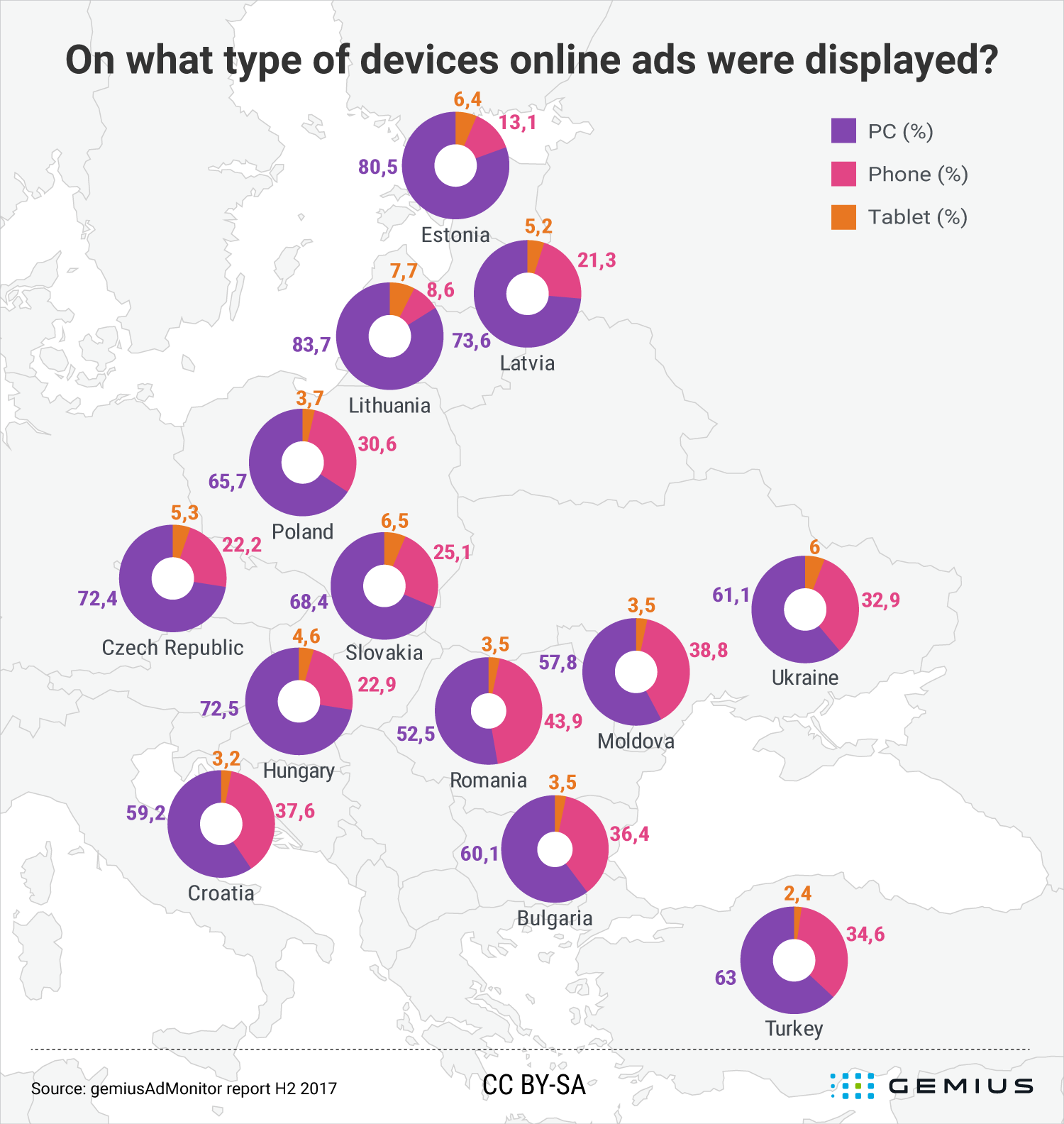